Who owns the art in the Denver Art Museum? The city’s audit indicates that some works are unclear. – The knowledge

Who owns the artwork in the Denver Art Museum? A recent City and County of Denver audit raised questions about the ownership of some works, even as city and museum officials deny the need to act on the audit findings.

Posted Jan. 21, the audit recommended half a dozen behind-the-scenes changes to the way the institution conducts business, including concerns about board diversity. But it also brought to light a rare clash between listener Timothy O’Brien and the museum over access and ownership.

The museum received more than $ 20 million in annual funding from the city in 2018 and 2019, including bond funds for its ongoing North Building renovation and construction project. But her formalized relationship with Denver, which began in 1932, is in jeopardy if she doesn’t clarify ownership of several works she shares with the city, O’Brien concluded after her 10-month audit.

“The Denver Art Museum’s agreement with the city is unclear and lacks documentation on the entity that owns what are and what the responsibilities of each entity are,” O’Brien wrote. “The museum also needs to strengthen the way it manages inventory planning, and its board could better represent the diversity of the communities it serves.”

Museum executives and Denver Mayor Michael Hancock’s office both disagreed with O’Brien over the need to update their formal partnership. They cited a harmonious relationship and planned future actions that will eventually follow O’Brien’s advice.

“The mayor’s office has accepted six of the report’s seven recommendations, which will go a long way to addressing concerns raised by the audit,” Hancock spokesperson Mike Strott wrote, referring to O’Brien’s recommendations. on how to improve the 35 members. the internal functioning, recruitment and statutes of the board.

Denver Art Museum officials declined to identify which works of art were the subject of a potential ownership dispute because they believed there was none.

“We don’t really feel like there’s a lack of clarity on this,” said Andrea Fulton, associate director and director of marketing for the Denver Art Museum. “It’s a matter of procedural documentation. We agree, of course, and are more than happy to work with the city to reconcile all of these strengths. But there is not really a lack of understanding between us.

O’Brien’s biggest frustration – and one reminiscent of his contradictory 2017 Denver Zoo audit, in which zoo officials put up months of resistance to O’Brien’s office before surrendering – is that the Museum officials refused to provide him with full access to their ARGUS data, the museum’s collections management system that lists in detail the association’s more than 70,000 paintings, sculptures and other works of art.

O’Brien said museum staff told him that an intern had previously attempted to copy the confidential database, which museum officials see as a valuable extension of their collected works. As a result, he said, museum officials have categorically refused to allow him to make a digital copy of the archives for offsite analysis. O’Brien’s staff were also closely watched at times while collecting data from the archives on site, he said.

“I don’t like being equated with an intern, and I think I have the law on my side. The law is a higher calling than a museum policy, ”said O’Brien. “This is one of the reasons the audit took so long. “

Deputy Director of the Fulton Museum disagreed, saying O’Brien’s team had received full access and training on how to use the database. She said it would never be acceptable to remove a museum work or artifact from the building and that its archives are treated the same “from a security and integrity perspective.”

“The museum is not aware of any inappropriate copying of data by an intern,” Fulton wrote in a follow-up email. “Ultimately, the team had unfiltered access to on-site data.”

O’Brien’s recommendations are advisory, not legally binding, but they are authorized by the City and County of Denver charter. O’Brien has worked his way through the city’s premier cultural nonprofits in recent years, including the aforementioned Denver Zoo, as well as the Denver Botanical Gardens. Its 2018 report on the latter urged the gardens to improve safety practices, among other recommendations.

Fulton said museum executives value the outside perspective on how they work. They were already planning to update many of their practices as they moved into their expanded campus this year, following major renovations and construction in and around 100 W. 14th Ave., Fulton said.

“They are windows to different areas of work, and the operations of an art museum are big, wide and extensive,” she said. “And that’s exactly how we digested this audit. These are really focused and specific potential areas for improvement that we are happy to explore.

Museum executives were hoping to unveil their $ 150 million refurbishment of the Geo Ponti-designed North Building (which will be reintroduced as the Martin Building) and a new 50,000-square-foot visitor center in June 2020, but have pushed back. this in the wake of the coronavirus pandemic. Their new target date is fall 2021.

Subscribe to our weekly newsletter, In The Know, to get entertainment news straight to your inbox. 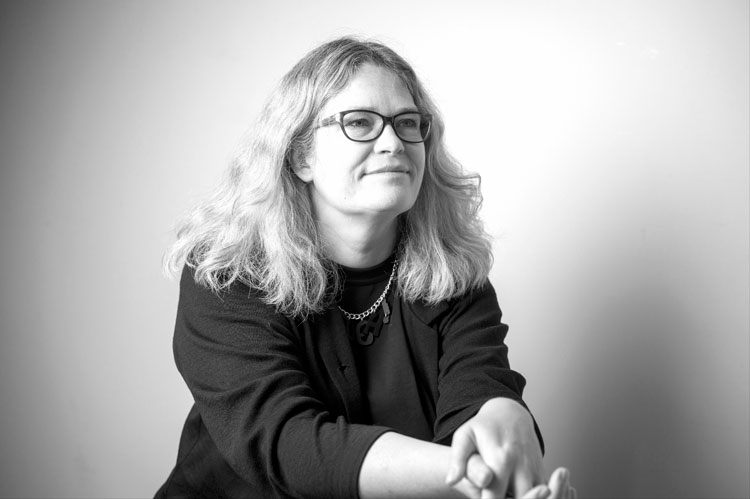 What do you think 2021 will hold for exhibition design?

What a roller coaster year 2020 for exhibition design! With many museums closed for much of the year and needing to put staff on leave, many short and long term projects have postponed openings. As a result, many institutions and design agencies have taken the time to completely rethink the future – and on many levels. The pandemic has impacted in so many different ways, from budgets and deadlines to new sensitivities and perspectives and the more practical issues of visitor travel, including the implications of touch and the importance of travel lanes.

As we move forward now, I think the appetite for exhibitions will follow different paths. On the one hand, we’ll see some really exciting installations that come and go in a flash. Inexpensive exhibitions to set up and embodying creative and free-thinking solutions, making maximum use of light and the audiovisual sector.

On the other hand, we will see beautifully designed, clean, and material-rich displays that are highly regarded. I think the exhibits will become immensely popular as we come out of the pandemic. I predict an explosion of creativity too. People are so hungry for exciting ‘real’ things that embody value and craftsmanship, as well as new and empowering designs, especially after the lack of experiential 3D cultivation in our home-confined, life-based existence. the screen of recent times. I also believe that there will be a significantly increased engagement in exhibition design for sustainable materials and more flexible, modular and reusable designs.

What is your favorite example of exhibition design from 2020 and why?

The year was thus divided between the pre-containment exposures in January and February and what followed.

Earlier this year, I just managed to see a big exhibition called Sense Me at the Trapholt Museum of Modern Art in Kolding, Denmark. It was a wonderful sensory journey, with textured curtains in which you could walk around and experience effects; a responsive digital box that you can walk in and create moving images and a room full of curved wooden trees that emit sounds with a disorienting and distorting mirror, as well as a cloud that you can gaze into at the top of a ladder (photo above). It was a brilliant and immersive experience that seemed all the more impressive as nothing like it was possible for the rest of the year and beyond.

We are currently designing an exhibition on touch at the Fitzwilliam Museum in Cambridge, which opens this month and whose subject matter will have an entirely different resonance after Covid, which was completely unforeseen during the conception of the exhibition.