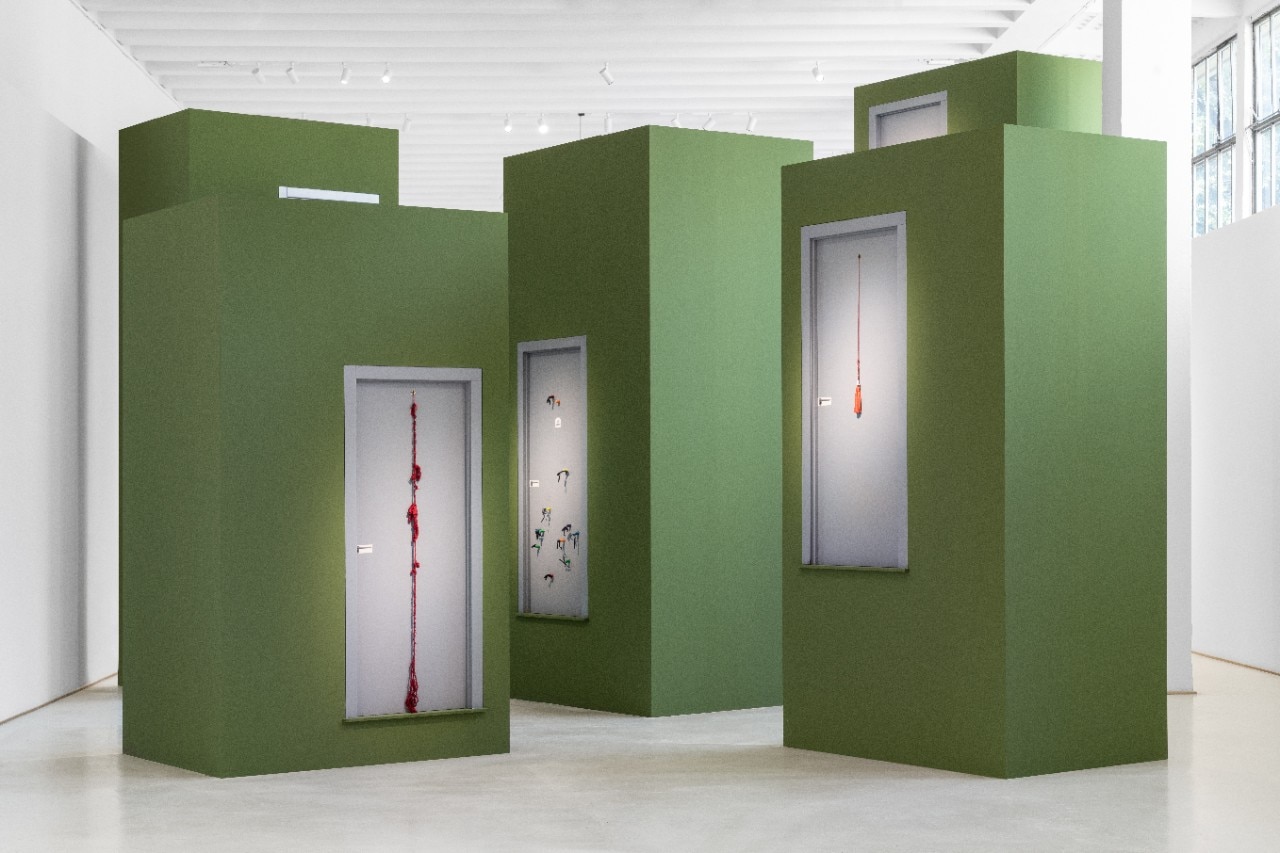 The general layout of the 20 international pavilions was organized and designed by Francis Keré (Pritzker Architect 2022) with an almost abstract and orderly language, following an orthogonal grid of white walls resulting in long corridors that lead to rooms/spaces, then redesigned by the unique nations. (Access to this section of the Triennale is via a somewhat anonymous direct entrance from the atrium of the Palazzo dell’Arte or from a secondary access that we suggest and which passes through Corridoio Rosso (the Red Corridor), a space designed by Margherita Palli for the exhibition of the same name organized by Giovanni Agosti and Jacopo Stoppa). In the distribution and ordering of the sequence of spaces, the best-known international nations are located on the perimeter, while a central section houses the African participations, in an ideal embrace of these “emerging” nations, some of which participate for the first time, presenting their vision of art and culture to the world. In this section of the Triennale, Kéré has also been personally involved in two specific projects: “Yesterday’s Tomorrow”, a spatial installation that acts as the pivot of these spaces, in which the visitor can circulate towards the outside or towards the interior according to a spiral plan, admiring a graphic wall decoration typical of African countries and listening to voices which, as in an ancestral tale, try to capture the attention of the public by directing it towards the themes of the ‘Exposure ; an installation in the pavilion of Burkina Faso, his country of origin, in which a long wall has been created in a participatory action, by hand and with poor materials, and decorated with the vernacular signs and symbols of the country, attempting to give new life to this tradition of visual and architectural communication.

Self-management of the Cuban art market: a necessary good?