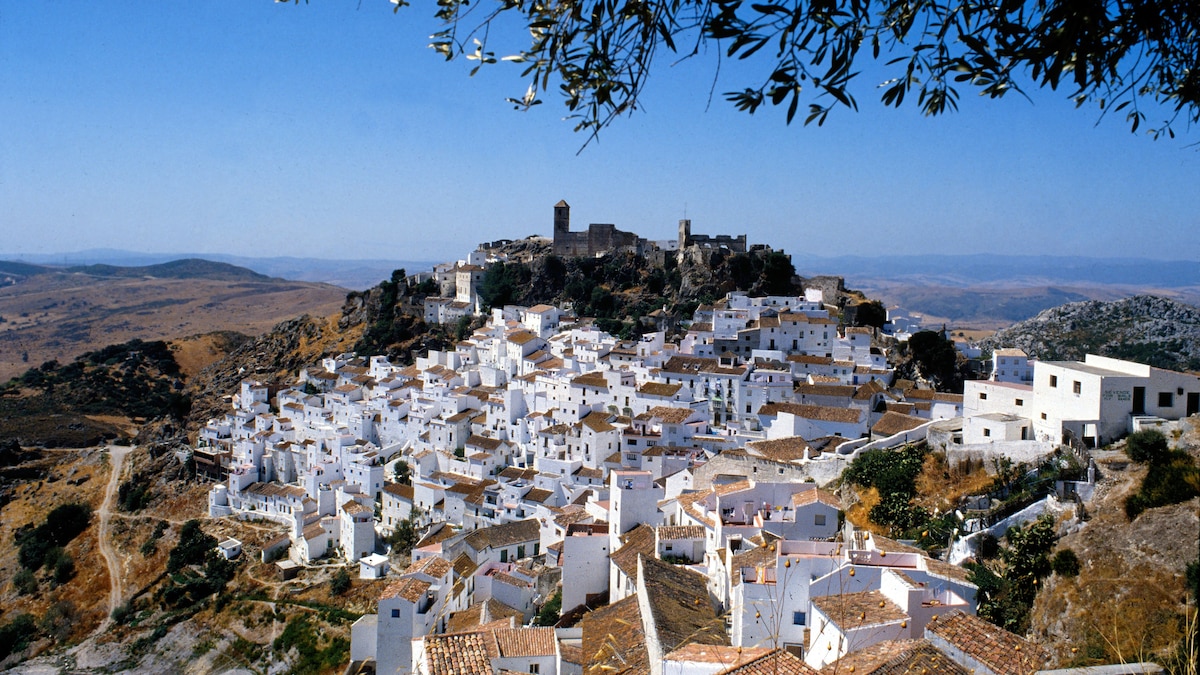 According to surveys published by the British tourist board Visit Britain, 11% of Americans planning to travel abroad are currently considering a trip to the United Kingdom. More surprising, however, is the fact that 25% of these travelers intend to explore Britain beyond London, driven by an interest in history and heritage.

A similar curiosity fuels trips to villages all over Europe. Forgotten by developers and never annexed to the suburbs, many of these places seem suspended in a bygone era. Scratch the surface of these six villages and what emerges are stories of rise and fall, of places resurrected and reborn.

Best for: Drinking in medieval skyscrapers and white wine.

In medieval times, prominent families in this Tuscan town went on a frenzy of building brick towers. At one time there were over 70 towers, some rising nearly 200 feet. Originally built as defensive anchors in wars with neighboring villages, the towers became symbols of wealth and prestige, with the wealthy citizens of San Gimignano vying to see who could erect the tallest structure. Climb the tallest of the 12 that remain, the 177-foot-tall Torre Grossa, and it’s easy to imagine how locals could have stood on its peak and poured boiling water on invaders.

Nestled beneath the towers of this UNESCO World Heritage Site, Sant’Agostino Church contains a 15th-century fresco depicting the works of Saint Augustine. A small civic museum with masterpieces by Fra Filippo Lippi and other Italian Renaissance artists is another testament to the city’s prosperity.

After 1353, waves of plague and famine hit San Gimignano, both leading to its decline and paving the way for its eventual preservation. Today, the village attracts both history buffs and oenophiles with its citrusy white wine, Vernaccia di San Gimignano. Sip it and swirl it around in an atmospheric tasting center where terraces overlook the surrounding hillsides dotted with vineyards.

Best for: Chateaux from fairy tales and glimpses into the lives of French royalty.

Few villages stand out more for a single architectural masterpiece than Chambord, which is also the name of the largest chateau in the Loire Valley, a French Renaissance confection that is now a World Heritage Site in the Loire Valley. ‘UNESCO. The massive project – a royal hunting lodge – was started in 1519 under Francis I and lasted 12 years.

One of the king’s advisers was Leonardo da Vinci, who inspired the castle’s double helix staircase and probably dissuaded His Majesty from diverting the Loire to form a moat around the castle. Inside the 440-room palace, world-class tapestries adorn the walls, including a series of 12 depicting the months of the year.

To one side of the castle is a 13,000 acre forest once filled with wild boar and now filled with deer. A recently expanded network of trails is open for horseback riding, hiking or biking.

Although the monumental castle is large enough to be considered a village itself, a small hamlet just outside the gates has grown to house the monument’s epic staff. The village (population: around 100) still thrives on its link to the castle, with shops selling local honey and restaurants with views of the castle’s delicate spiers.

Best for: Views of the Danube and the majestic arts of a former capital of Central Europe.

Located 40 km north of Budapest, in a meander of the Danube, little Visegrád was the royal seat of Hungary in the 14th century. It is full of royal ruins, including the 13th-century Upper Castle, built as a fortification after a Mongol invasion, and a Gothic palace that was the official residence of the Hungarian king in the early 15th century.

Between May and October, you can reach Visegrád as the first kings did, via a boat from Budapest. It is often part of the ‘Danube Bend’ day cruises that stop here and at the historic villages of Szentendre and Esztergom.

Exhibits in the castle rooms cover heraldry, the early kitchen arts and a daring 1440 theft of a royal crown by a maid. Every July, a medieval festival brings together costumed jugglers, musicians and puppeteers within the palace grounds.

Best for: Sunny days and an immersion in the tumultuous history of Andalusia.

The white villages of Andalusia crown the hilltops of southern Spain like spectral hamlets. Their bleached effect was not just an aesthetic choice. When the area was hit by plagues from the 16th to the 19th century, the houses were whitewashed with slaked lime as a form of protection.

One of the more ethereal villages is Casares, named after Julius Caesar, who fought for control of the region in the 1st century BC Like many hamlets in Andalucia, Casares was under Moorish rule from the 8th to 15th centuries ; signs of its stratified past include the Moorish castle crowning the town and, just outside the village, the ruins of Lacipo, a Roman settlement.

The village is now a haven of peace, dotted with small guesthouses, tapas bars and an 18th century church.

You can explore two villages in one in this French Provence charmer. A medieval town crawls at the foot of a steep hill, characterized by steep cobbled streets and stone mansions once occupied by the powerful lords of Les Baux. Climb to the top of the hill, where there are the ruins of an ancient 11th century village (known as dead city, Where dead city) offers sublime views.

The princes of Les Baux were renowned for their codes of chivalry, but they frequently clashed with the kings of France, who eventually razed the original hilltop castle in the 17th century. Centuries of decline followed before mid-twentieth-century artists rediscovered and revived the city. Chief among them was the engraver and writer Louis Jou, whose studio is now a small museum.

Today there are art exhibitions and summer concerts in both areas of the city, including video works projected onto the walls of a former quarry.

Like many villages in East Anglia and the Cotswolds, Lavenham was bustling with commerce in the 15th and 16th centuries. Its powerful wool merchants, renowned for their “blown” linens, built half-timbered houses, often washed in pastel shades like pink and apricot. When the wool trade went bankrupt during Henry VIII’s wars with France, Lavenham was frozen in place, too poor to raise money in a new development.

Revitalization came thanks to the railway in the 19th and 20th centuries, and it’s now a popular weekend trip from London or nearby Cambridge.

Other signs of Lavenham’s passage as one of the wealthiest villages in England include a Guildhall from 1529 and the 15th century Church of St Peter and St Paul. The latter is famous for its 141-foot-tall tower, built to display the wealth of the city.

To see how swells lived centuries ago, visit the 14th-century Little Hall house museum or book a room at The Swan, a restored and expanded 15th-century hotel with suites between brick-and-mortar walls and a afternoon tea featuring Welsh rarebit and sweet savory Suffolk chutney.

Raphael Kadushin is a Wisconsin-based food and travel journalist.