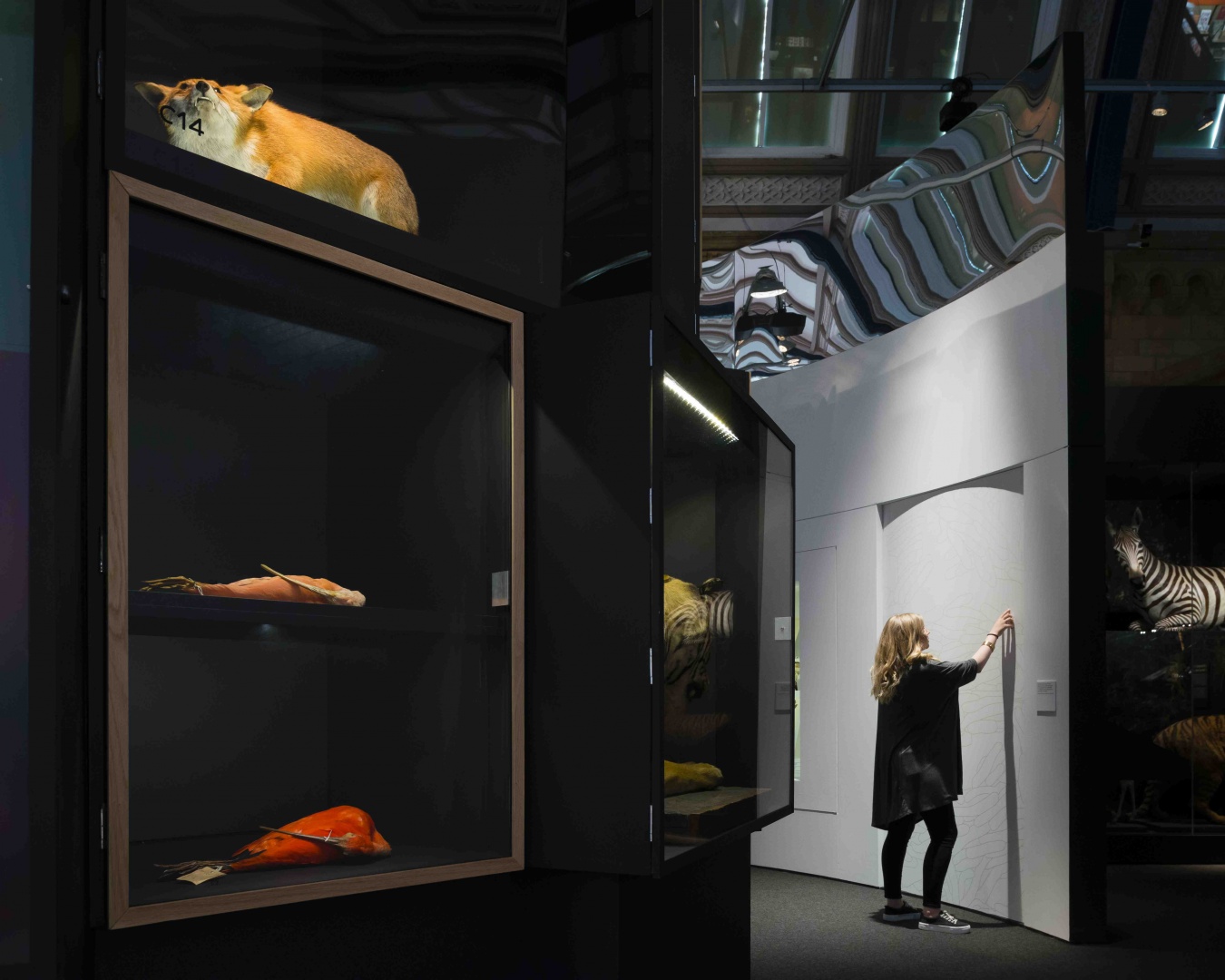 Nissen Richards Studio has designed both the 3D elements and the graphics for a new exhibition at the Natural History Museum, titled Color and Vision: Through the Eyes of Nature.

Based on the use of color in the natural world over the past 565 million years, the exhibition explores how, without vision, evolution would not have happened the way it did, according to the designer. from the exhibition at Nissen Richards Studio, Sophie Mitchell.

â€œThe Cambrian Explosion occurred as the eye evolved, which then led to enormous diversity in the natural world,â€ says Mitchell. “Our brief was how to convey this as an immersive experience.”

Nissen Richards Studio designed the exhibit around the concept of a ‘voyage of discovery,’ says Mitchell, starting in a dark room with a blurry environment that reflects a lack of vision, before moving into much brighter areas to reflect that. transition.

Using more than 350 specimens from the museum‘s collection – ranging from brightly colored birds to fossils of the first organisms with eyes – the exhibit shows how the use of color in the animal kingdom became the difference between life. And the dead.

Four main areas included in the exhibit cover topics such as sexual attraction, warning, deception and cover-up. Highlights include a light installation created in collaboration with British artist Liz West, which uses dichroic glass, and a Victorian-style tower filled with brightly colored taxidermy.

â€œOur approach was to use a white-on-white or black-on-black background so that all of the color in the exhibit came only from the specimens themselves,â€ says Mitchell.

Details such as the wing of a Morpho blue butterfly – which reflects light in a special way so that it sparkles – are echoed throughout the rest of the exhibit itself, for example in the graphic lettering and on physical panels.

Another piece of advice, Krow has created an external, press and digital marketing campaign to accompany the exhibition. Representing a chromatic explosion, the campaign is composed of a set of colored specimens arranged in the shape of an eye, to create a visual representation of the shop windows.

Outside the museum: art on the islands of Helsinki