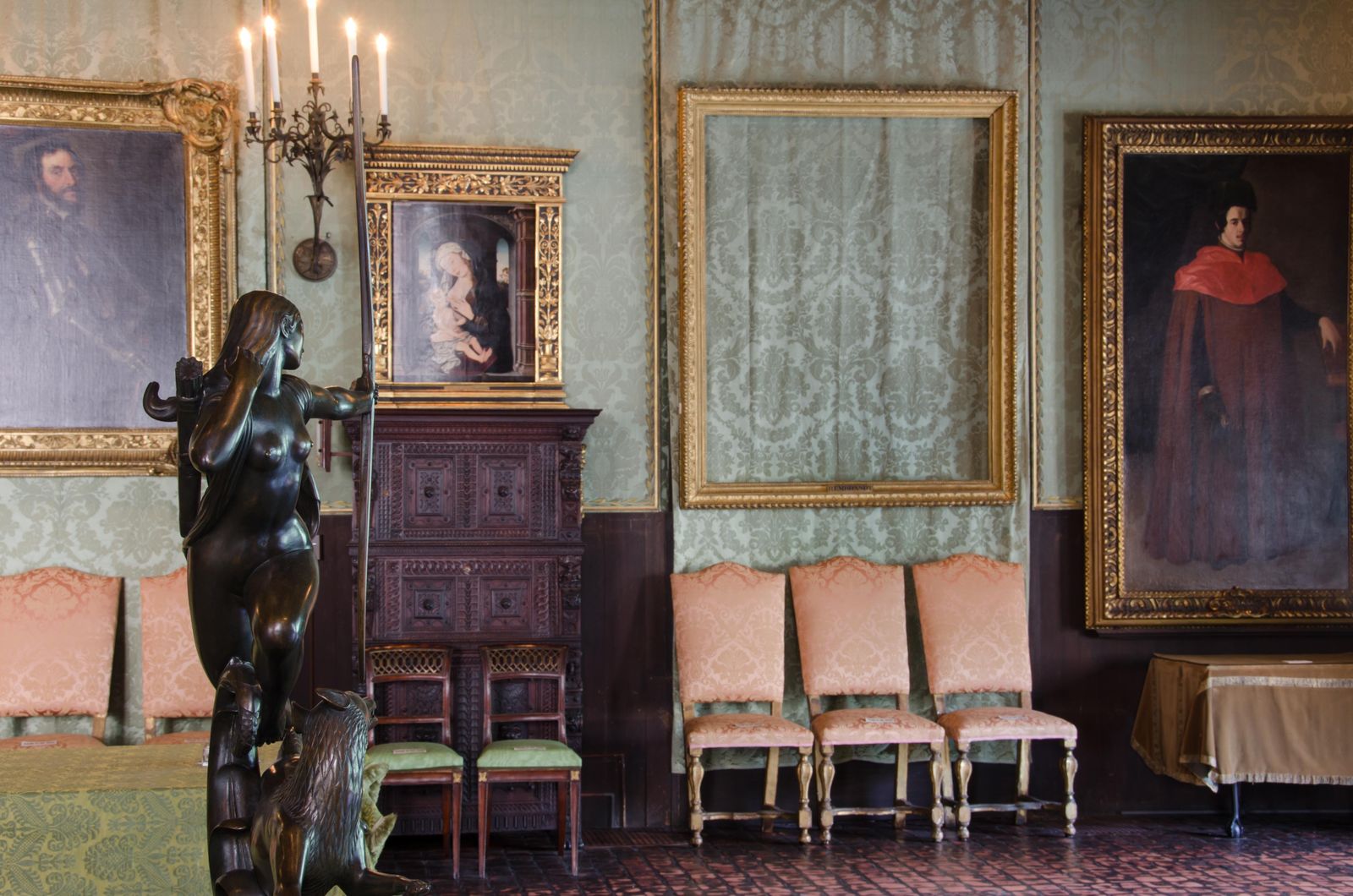 Authorities say new information about a cold-blooded murder in 1991 has provided new clues that may lead to the culprits behind the Isabella Stewart Gardner museum heist, Bob Ward reports for Boston News 25.

The 1990 theft was the largest art theft in modern history. On the night of March 18, two robbers disguised as police entered the poorly secured Boston museum after midnight. After taping off two hapless security guards, the men escaped with 13 paintings now valued at some $500 million, including priceless works by Rembrandt van Rijn and Johannes Vermeer.

Over the years, investigators have identified several suspects who may have been involved in the crime. Yet despite a Netflix TV series, a successful investigation podcast from World and WBUR and a $10 million reward promised by the FBI, the location of the stolen paintings themselves remains a mystery. “The FBI said they believe the artwork was moved by organized crime circles to Philadelphia, where the trail went cold around 2003,” Shelley Murphy reported from the boston globe last fall.

Now the authorities could be on the verge of solving it. Antoine Amorechief of security at the Gardner museum, says Boston News 25 that a recent informant prompted officials to re-examine the murder of career criminal Jimmy Marks, a known career criminal, as the murder may have possible links to the heist.

One evening in February, 11 months after the robbery, Marks was shot as he opened the front door of his apartment in the Boston suburb of Lynn, Massachusetts. The killer had unscrewed the light bulb above the door to ensure the victim wouldn’t see what was about to happen, ‘making Marks the victim of a classic Mafia-style hit,’ reports Boston News 25.

The assailant shot Marks twice in the back of the head and fled. The crime remains unsolved.

According to the tip Amore received, days before his death, Marks was heard bragging about owning two of the stolen paintings and hiding some of the stolen artwork, reports Edmund H. Mahony for the Boston Herald.

What else, “[Marks] had ties to subjects suspected of involvement in the Gardner Museum robbery,” Lynn Deputy Police Chief Mark O’Toole told Shelley Murphy, reporting this month for the boston globe. “We don’t know what role he played, if any,” warns O’Toole. “But it was very probably linked” to his death, specifies the person in charge.

Amore tells 25 News that Marks was friends with fellow mobster, the late Robert “Bobby” Gaurente, who was the prime suspect in the heist for a long time, and his family. Gaurente and his friend Bobby Donati may have helped transport some of the stolen paintings from Boston to Connecticut and eventually to Philadelphia.

Marks spent time in jail for a bank robbery in the 1960s, according to the Boston World. As a drug dealer with extensive ties to Boston’s criminal elite, Marks also spent a lot of time at the Guarentes’ Maine home, Amore told 25 News.

Marks’ niece, Darlene Finnigan, who was 26 at the time of the murder, says World that shortly before his death, Marks told him that he “had something big coming up and he wasn’t sure about it”. At the time, Finnigan assumed that Marks was referring to selling cocaine.

Another link between Marks and the robbery emerged in 2015, when Elene Gaurente, Bobby’s widow, pointed to a photo of Marks during an interview with investigators and said her husband killed him. (Bobby Guarente died in 2004 and Elene died in 2018.)

“She was very emotional when she talked about the fact that he was killed by her late husband,” Amore, who participated in the interviews, told Boston 25 News.

Amore presented these findings to the media in hopes that renewed press attention might provide more clues, he says. Those who may have information about the circumstances of Marks’ death or the fate of Gardner’s paintings in general can contact the museum’s hotline at [email protected].

Hot spring shows include Alberto Giacometti in Cleveland, “Afro-Atlantic Histories” at the NGA, Winslow Homer at the Met, and Cézanne in Chicago.