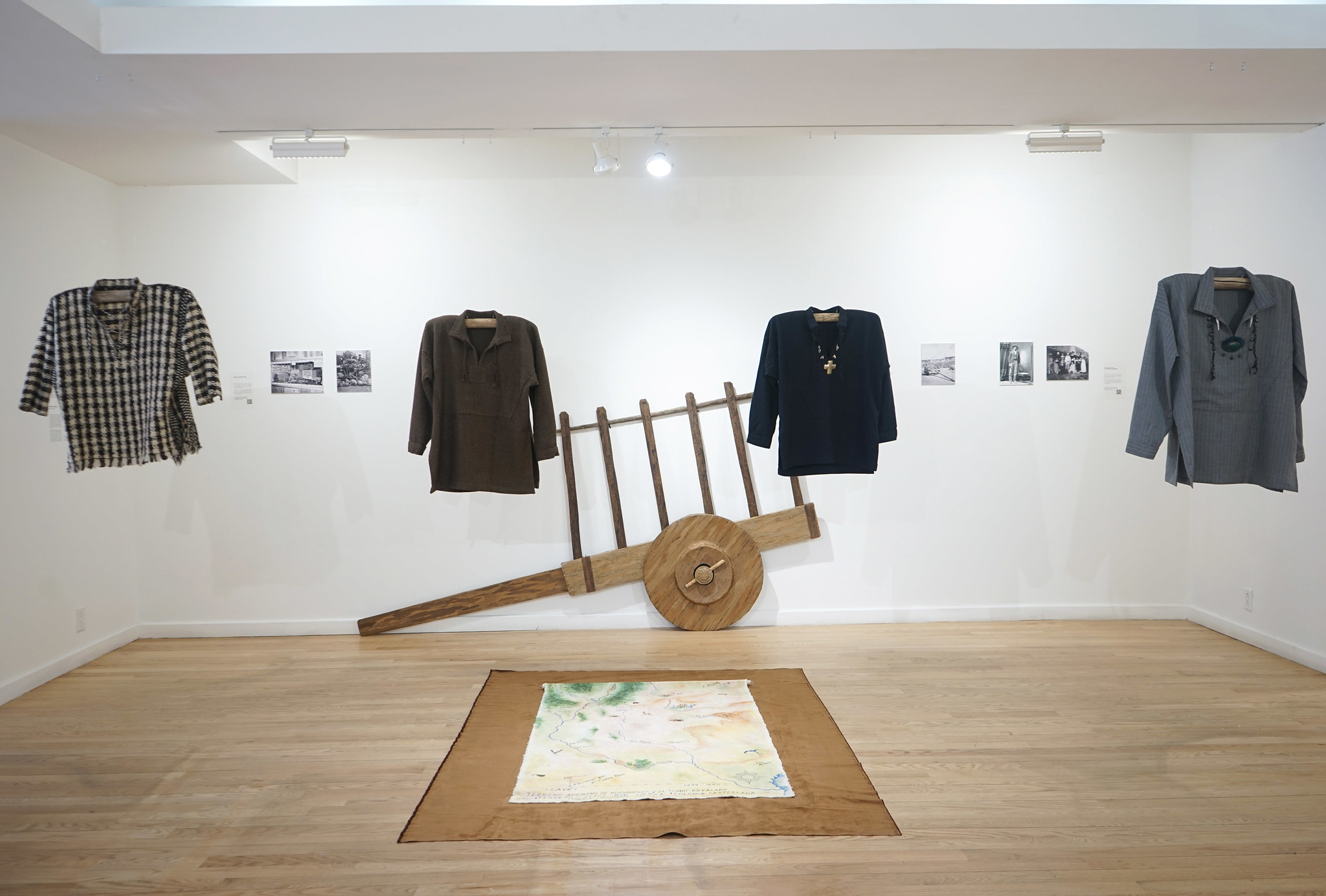 ALBUQUERQUE — Many worlds are bornthe ongoing exhibition at 516 Arts in Albuquerque, New Mexico, is the first of two exhibitions scheduled this year to examine the state’s disparate histories (the second, Mind Technologies, opens June 11). Both grew out of Art Meets History, a national initiative led by Ric Kasini Kadour (who co-curated this exhibit alongside Alicia Inez Guzmán, PhD) that “examines how divergent histories of race, conflict and colonialism in New Mexico inform how we imagine our future.

Kasini – an artist, writer and cultural worker dividing his time between Montreal, Quebec and New Orleans – has previously served as a co-curator at 516 Arts via 2020’s Radical reimaginings, another show that invited artists to use collage to rethink the world we know and the stories behind it. Guzmán, a native of the village of Truchas in northern New Mexico, has a long history of telling New Mexico stories in his writing, editing, and curating practices. With particular expertise in land use and its intersections with culture, her work has enabled others to access the multiple histories of the region, resisting the urge to reduce the past to a singular narrative.

In addition to its partnership with Art Meets History, Many worlds are born is organized as part of Desierto Mountain Time, a collaboration between contemporary art institutions in the southwestern United States and Chihuahua, Mexico, aimed at deepening conversations and exchanges in the region.

The show — spanning the entire two-story stretch of the building with works by more than 10 local artists and further afield — is named after the “godfather of Chicano literature” Rudolfo Anaya. Bless me, Ultimate, a work that wrote New Mexico into literary history. The passage says: “Millions of worlds are born, evolve and disappear in nebulous and unmeasured heavens; and there is still eternity. Time always. The paragraph continues from there: “There is always eternity. Silent, unopposed, brooding, forever. It is the soul, Anaya concludes, that is as enduring as time.

Many worlds are born however, challenges — even sometimes opposes — that expanse of eternity squarely behind us that we call history by calling it from the depths and engaging in new conversations with it. This is the intention of the Art Meets History initiative, “to pick up the unfinished business of history,” as the project’s website puts it.

Dominating the front window is a sculptural installation by Nikesha Breeze, “Child of the Wind, Blackdom Land Effigy” (2022), a protective figure rising from a skirt of dark earth and radiating the pampas grass from her crown . Although made entirely of earthy materials – a cow skeleton, clay, wild sunflowers – there is also something ethereal about it. A feeling similar to that evoked here – of being invited to stay grounded while simultaneously transcending the old prescriptive handcuffs – recurs with varying degrees of success throughout the exhibition.

On the wall adjacent to Breeze’s sculpture is the work by Diego Medina (Paro-Manso-Tiwa) “long has the light wandered to sey on you” (2022), a mural grappling with what looks like time on a geological scale. Starting five feet above the cement floors, it extends to a height near the ceiling, requiring such a skewed angle of view that at first I saw a flock of birds in its colorful strata by sunset. Yet when I stepped back, I saw humans casting shadows as they moved across lands rising and falling like prehistoric oceans. The mixed-media mural in Medina appears to be not only on the trail of El Camino Real (a 15,000-mile route used for many centuries to transport goods and ideas, stretching from Mexico City to Ohkay Owingeh in northern New Mexico), but something older, too. Medina’s precision while compressing multiple fragments of time into a single – albeit expansive – mural made this piece stand out not only for its scale.

Beyond the first room, the changing air of the violin of “Stages of Tectonic Blackness: Blackdom” (2021), a performance (and here presented as a two-channel installation) by Nikesha Breeze in collaboration with Miles Tukunow, Lazarus Nance Letcher and MK, derives from the back room and underlies the other work: “The Blue Swallow” d ‘EveNSteve (2022), a large in-camera collage with hand-scribbled text; The collodion prints of Leo Vicenti (Jicarilla Apache) “Tsi gha taa ye (you can almost see through)” (2022); and Joanna Keane Lopez’s radical installation “Lópezville, Socorro, New Mexico” (2022). These works address themes such as the entropy and contamination of place, the endurance of small things like the yellow flowers of a creosote bush, and practices that promote symbiosis between human beings and the earth.

It is here that we are also presented with the first of many selections of historic images culled from the Albuquerque Museum’s Photographic Archive, grouped according to their relevance to particular works of art. To create the works on display, artists scoured archives and many participated in a lab designed to stimulate reflection on personal and shared histories in New Mexico.

While engagement with these archives is a point of emphasis of the Art Meets History initiative, I wondered if the lines were made explicit enough to make sense. The pairings and presentation instead created a viewing experience where too often I was trying to follow the logic or look for the relationship between these separate elements instead of being carried away by the poetic momentum of the new “more resonant visions”, as Alicia Inez Guzmán eloquently expresses it in her curatorial reflection.

I see the soul that exists outside of time, the one Anaya wrote about, in these works – in the transferred photo of hands gripping ladders in the fragmented ceramics of Margarita Paz-Pedro (Laguna and Santa Clara Pueblos), in the dark etchings of Leo Vicenti, in The Vibrant Collage of Jeanna Penn — and I wonder about the use of contrast. In Paz-Pedro’s “Mano a Mano” (2021), she superimposes images of indigenous women’s hands at work on porcelain fragments, brilliantly posing questions about indigenous work, artistic practices and the formation of the earth. through the presentation of four plates placed in a directional way. on the wall, studded with embellished shards.

Upstairs, Penn’s collage collection illuminates the sites that sustained Albuquerque’s “small but notable” black population from the 1940s through the 1960s, each layering watercolors, photographs and sketched structural maps of the places that they represent: a service station, a hotel, a crèche, a house. The works of Paz-Pedro and Penn represent the clearest and most resonant use of archival photography to clarify, question and fully imagine all that the past and future hold for us.

Maybe a story needs a starting point. And these stories begin with the archive, the necessary point from which to deviate. While I think these photographs could have been put to better use in the gallery space, perhaps they represent exactly the multiplicity we are looking for – the many ancient stories, the many worlds that arise because of them and in spite of them. .

Many worlds are born continues at 516 Arts (516 Central Avenue SW, Albuquerque, New Mexico) through May 14, 2022. The exhibit was curated by Alicia Inez Guzmán, PhD, and Ric Kasini Kadour.