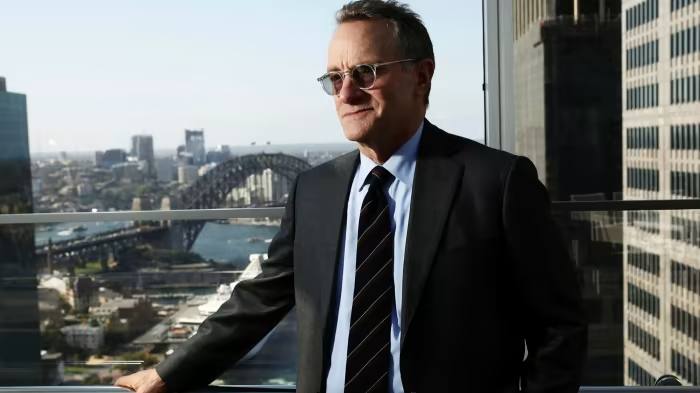 Welcome to FT Asset Management, our weekly newsletter about players in a multi-trillion dollar global industry. This article is an on-site version of the newsletter. register here to get it straight to your inbox every Monday.

Are the format, content and tone right for you? Let me know: [email protected]

Oaktree: Now is the time to do some good business

Howard Marksone of the world’s most fearsome debt investors, has made a career out of making big bets when and where others don’t want to.

Today founder and co-president of Capital of Oaktree believes that the time has come to make “bargains” in the markets after the massive sale.

I sat down with Marks last week in London to find out what he thinks of the current environment. “Today I start behaving aggressively,” he said. “Everything we trade is significantly cheaper than it was six or 12 months ago,” he added, pointing to falling prices for high-yield bonds, leveraged loans, mortgages and secured loan obligations.

“We can never be sure, but it seems like a reasonable time to start buying. Things could well go lower. In that case, hopefully we will have the will to buy more. No sense in saying, “I won’t buy until we hit rock bottom. We never know when we’re at rock bottom, and I’m certainly not saying we are today. Just that things are much cheaper than they were a few months ago, and values ​​– such as bond yields – are pretty good in absolute terms. ‘purchase.

In a wide-ranging interview, we covered why corporate bankruptcies may remain subdued for now, Oaktree’s adventures in China, and what Marks really thinks about private equity performance.

He also sounded the alarm about investor complacency, fueled by the decade-long bull market in US equities (barring a strong sell-off at the start of the pandemic). “When things are going well, people don’t worry about the downsides,” Marks said. “And they’re pushing into new areas that they’ve never been in before.” Especially all those traditional players making inroads into private assets in search of returns.

Marks lays out his investing views in a series of popular memos, whose regular readers include warren buffet. In a recent he delves into the psychology of bull markets and highlights a quote from John Kenneth Galbraithit is A brief history of financial euphoriawhich seems particularly relevant today.

In a raging bull market, Galbraith writes: “Past experience, insofar as it is a part of memory, is dismissed as the primate refuge of those who lack the insight to appreciate the incredible wonders of the present. ”

Bitcoin personifies this dynamic. For what it’s worth, Marks’ desire to recover assets that have been sold does not extend to cryptocurrencies because he believes it is impossible to value them: “I believe that assets that have not cash flows have no intrinsic value.”

“Bitcoin has been a battle, between young people for whom its merits are obvious, and old people who don’t see them. Is it because old people lack the ability to appreciate the wonders of today? Or is it because they are right? It’s hard to say. We’ll see in 10 years or something like that.

Unless you’ve been living in a cave for the past few weeks, you’ll know bitcoin is down, from afar. The crypto asset market has lost more than a third of its value since last fall. But why is crypto having such a crash?

Many crypto investors are quick to blame the US Federal Reservewriting Joshua Olivier. Despite being created as an alternative to fiat currency, which is subject to inflation and politically tinged monetary policy, digital assets could not escape the gravitational pull of the US central bank. As the Fed cuts off the flow of cheap money, investors have ditched risky assets from tech stocks to high-yield bonds. Crypto was the first victim of the risk flight.

But plummeting token prices sparked a deeper crisis in the bowels of decentralized finance (DeFi), which crypto market watchers have likened to a “Lehman Brothers moment” for the sector.

A complex, interconnected and unregulated crypto credit system that has grown into the hundreds of billions of dollars has suffered a painful unraveling in recent weeks as liquidity evaporated, leaving several major crypto players fighting for survival. and investors fearing that more dominoes are on the verge of collapse. .

“Fear is contagious. This is true in any financial market. . . No one wants to be the last person without a chair when the music stops, so everyone cashes out.

Don’t miss Josh, Scott Chipolina and Kadhim Shubber’s analysis of how a deflating bubble in digital assets drew comparisons to the credit crunch that enveloped the traditional financial sector in 2008.

Chart of the week

An extended sell-off sent Wall Street’s S&P 500 falling more than a fifth below its January peak. Is the bottom now in sight? With that in mind, Societe Generale examined 56 “crisis” periods for US stock market corrections over the past 150 years – involving selloffs that fueled double-digit declines for the S&P 500, writes Chris Flood.

Identifying 30 bear markets since 1870, the French bank said history suggests the S&P is likely to bottom over the next six months at around 34% to 40% below its peak reached in early 2022.

Solomon Tadesse, SocGen’s head of quantitative equity research for North America, pointed out that the current US stock market correction is not atypical of history. In contrast, the speed and magnitude of Wall Street’s rebound from the coronavirus-induced low in March 2020 has been extraordinary. The S&P 500 jumped 113% after hitting a low on March 23, 2020, boosted by huge injections of cash provided by the Fed and generous emergency government spending measures to counter the pandemic.

10 stories not to miss this week

Billionaire hedge fund manager Ken Griffin followed through on his threats to leave Chicago due to rising crime rates. His decision to move his company’s headquarters Citadel in Miami marks the latest coup for the Florida city that has become one of the most important places in America.

“You’re in panic mode if your lead is less than a year,” says a fintech chief executive, citing the difficulty of raising fresh money for start-ups as central banks hike rates, the Easy money is drying up and venture capitalists are pulling out of the market. fintech.

Martin Wolf devotes his column to seven mistakes made by anti-globalizationists, a landmark read for fund managers given an era of geopolitical upheaval.

Who Makes Money From The Crypto Bloodbath? Hedge funds, of course. A small group of quantitative funds like Appia by Jay Janer are cleaning up, even as many other investors suffer huge losses.

The three giants of index funds — Vanguard, Black Rock and State Street — have been beset with criticism ranging from collusion to lax commitment and the wielding of inexplicable power. Charley Ellis makes the case that the critics are wrong.

Private equity groups are buying more and more companies they already own. But critics point to conflicts of interest within these deals that allow managers to reap big financial rewards. Helen Thomas addresses issues raised by the soaring rise of masters of the universe selling businesses to themselves.

Brief days of sunshine in London last week coincided with a few moments of bullishness in the financial market, but the gloomy weather quickly resumed. Katie Martin writing about investors learning to accept the pain of this year’s selloff.

Invesco, Janus Henderson, Pelham Capital, Aegonand Global Value Funds lined up for a shareholder battle with fearsome activist investors Nelson Peltz on his treatment of investors in his London-listed company.

Natural forms, insects and the plant world offer the contemporary artist Sarah Graham with its main source of inspiration, either borrowed from the Natural History Museum or form collections of his travels housed in the studio. A new body of his work, in which Graham took the voluptuous form of the magnolia as his subject, is on display at two London venues. Graphite drawings are currently featured at Lyndsey Ingram‘s Mayfair Gallery and the colorful works will form a solo display on the gallery’s stand at Masterpieces Fair, which starts on Wednesday. Meanwhile, as the sun continues (inshallah), don’t miss HTSI on London’s 10 Best Summer Terraces.

Thanks for reading. If you have friends or colleagues who might appreciate this newsletter, please forward it to them. register here

We would love to hear your feedback and comments about this newsletter. Email me at [email protected]

Newsletters recommended for you

Due diligence — The best stories from the world of corporate finance. Register here

The week ahead — Start each week with an overview of what’s on the agenda. Register here