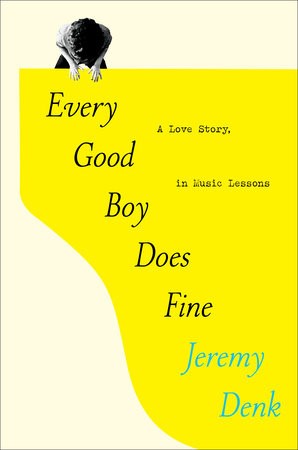 Books that talk about making, managing the arts

“Conversations,” a new book by 85-year-old minimalist composer Steve Reich, is one of many recent titles that offer a fascinating and extensive behind-the-scenes look at classical music and the art scene at large. Reich’s book is a collection of one-on-one discussions with colleagues – including conductors, instrumentalists and other composers – as well as a sculptor, choreographer and record producer.

Over the years, the field of contemporary music has seen many books consisting of collections of transcriptions of interviews with composers. It’s a format that can get tedious and I also find a bit lazy. Fortunately, “Conversations” is not that, even though it consists of slightly edited transcriptions. What makes it interesting is that neither Reich nor his interlocutors are allowed to fall back on the stories recited at length in their heads. Through conversation, they share memories that collide as often as they align.

The lectures are sequenced so that the topics covered roughly follow the flow of Reich’s long career, which has encompassed works for percussion, electronics, unusual chamber ensembles and modified orchestras.

The book really kicks off with conductor Michael Tilson Thomas. He remembers his 1973 performance with the Boston Symphony at Carnegie Hall of Reich’s “Four Organs,” essentially a solid 20-minute chord with a continuous beat played over maracas. The audience went crazy, booing and jeering. Some even rushed to the stage to demand that the incessant chatter stop. It was an event for the history books, comparable to how Stravinsky’s “Rite of Spring” caused a riot among Parisian audiences in 1913.

Tilson Thomas seems to remember the circumstances better than Reich. “You were as white as a sheet,” the driver told her. Equally interesting, if not quite as incendiary, is Tilson Thomas’ long rehearsal process leading up to the debut and recording of “Desert Music”, a massive undertaking for choir, orchestra and a large number of percussionists. Weeks of sessions in Brooklyn have been dubbed “Camp Desert Music”

I have known and interviewed many composers and they rarely speak of a colleague’s work at length or with anything but polite disdain. It makes these rich discussions feel like composers behind closed doors. There’s a refreshing shared respect between equals in the chapters devoted to interviews with Stephen Sondheim, Brian Eno and Johnny Greenwood among others, though each of them acknowledges Reich as the great old man in the field.

Pianist Jeremy Denk proved long ago that he is also a deep thinker and talented writer. “Every Good Boy Does Fine”, his first book, is a memoir of his years as a piano student, from his childhood through his advanced studies at Oberlin, Indiana University and Juilliard. The guideline is his changing attitude towards private lessons and the succession of eccentric, but sometimes brilliant teachers.

Probably the most influential teacher was Gyorgy Sebok, a Hungarian American who taught at Indiana. After a brief meeting with him, Denk abruptly changed his orientation for his higher studies. Denk writes: “Sebok listened and shaped the sound, with gentle but firm hands, like someone shaping clay at the wheel. Once their lessons began, Denk says, “He kept alternating between spirit guide and physics teacher.

Throughout the book, there are defining moments when Denk’s youthful mind has sudden flashes of insight and realization about the magical nature of music. It expresses them so well that you want to circle the sentence or write it down somewhere. Sometimes, by the way, he tries too hard. A section begins: “Mai has blossomed (just like Dichterliebe’s first song).”

Denk is candid about his childhood family issues, and he paints an accurate picture of the obsessive, self-absorbed, and perpetually dissatisfied mindset of a teenager. As he becomes more likable over the course of the book, the reader begins to seek his success. But Denk doesn’t need a cheering squad, as he seems to have angels watching over him.

When he started at Juilliard, he found a room in a Greenwich Village high-rise owned by New York University and designed by IM Pei with spectacular views for just $500 a month. “I was a lucky man and, as usual, I didn’t enjoy it,” he wrote. A month later, he won the Juilliard concerto competition, which led to him playing with conductor Kurt Masur at Avery Fisher Hall.

In addition to talking about music lessons, Denk offers instructions in the form of recurring chapters, nine in all, on harmony, melody and rhythm. These rather abstract essays interrupt the narrative and feel disconnected from the rest of the book. In this respect they are reminiscent of critic Philip Kennicott’s ‘Counterpoint’, a fairly recent memoir about his efforts to master the Goldberg Variations. His book alternates between personal accounts and dry accounts of Bach’s life and work. At least when Denk goes into teacher mode, his personality still shines through. Denk also supplements the book with annotated reading lists.

Decades ago, when I was studying graduate-level arts administration, our professor assigned us jobs at imaging arts organizations in the fictional town of Elm Mott. We established operating budgets, wrote grant applications and created marketing campaigns for our respective institutions. The first semester ended with a board meeting, where all of Elm Mott’s quirky characters came to life. It was a clever and effective teaching method to compensate for the lack of textbooks for aspiring arts administrators.

Every once in a while an amusing and perhaps instructive memoir by a prominent art director is published. “Making the Mummies Dance” chronicled Thomas Hoving’s years as director of the Metropolitan Museum of Art. Out this month is “BAM…and Then It Hit Me” by Karen Brooks Hopkins, about her long tenure as head of the Brooklyn Academy of Music.

Apparently the field continued to lack standard text – until now. “Managing Arts Organizations” is an impressive and comprehensive guide by David Snider, who is principal of Hubbard Hall in the small town of Cambridge, Washington County, and also a professor of arts management at Skidmore College. “I’ve been running arts organizations and teaching arts management for 25 years now and have always wanted a great guide to managing arts organizations but never could find one – so I got it. writing,” Snider said in a statement.

His readable and engaging text should prove invaluable to students and professionals, but also to artists seeking to better understand the field and to board members facing the myriad challenges of leading a nonprofit organization. non-profit. The animation of all the instructions are examples of organizations that did it right and those that stumbled. There are also eight case studies of institutions large and small, including the Walker Arts Center in Minnesota and Hubbard Hall.

Since the book’s release in January, Snider has facilitated a series of free online discussions with other top administrators across the country on various aspects of the domain.