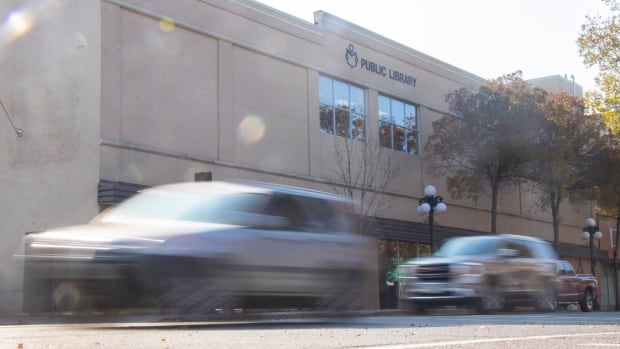 Brandon hopes to build a cultural center downtown including a library, museum and art gallery

The City of Brandon has applied to the Community Arts, Culture and Sport Fund to create a home for the Western Manitoba Regional Library, the Brandon General Museum and Archives, and the Gallery of arts of southwestern Manitoba by renovating the city’s library/arts building.

The goal of the project is to bring the three organizations together under one roof, said Dean Hammond, general manager of corporate services for the City of Brandon.

“It would be a place where people could…enjoy all three of these amenities under one roof,” Hammond said. “I mean, the library, the museum and the gallery are three separately run entities…two of those three are currently in a building in the city.”

The project arose out of fears the library could potentially leave downtown, Hammond said. The city council wanted to make sure the library stays where the people are.

“Through these discussions and with the library and the art gallery, you know, we’ve come to a point… we’re going to keep you downtown and turn this building into something really special,” Hammond said.

A conceptual design study has been completed and if the project proceeds, a detailed design will be created in 2023. Following a tender, construction could potentially begin in 2024.

The outcome will depend on whether or not the grant is awarded. If the financing is successful, the grant would cover 50% of the $10 million project. If funding is not secured, the city council will decide whether the project will go ahead with the city covering all costs.

Brandon Downtown Library Branch Supervisor Carson Rogers hopes the project will encourage the public to come downtown while expanding the use of the three partners.

“If people are traveling or coming to Brandon and they’re looking for cultural events, this is the space we can promote as a place to come,” Rogers said.

The library became involved in the proposed cultural center due to the need to upgrade its current facilities. This led to discussions with the city and other project partners.

“It’s going to make it easier for those people to access it all in the same day…it’s also going to make this place, this building in downtown Brandon, a destination for people.”

Currently, the art gallery and the library are in the same building but have different access points. The proposed renovation will provide direct access from Rosser Avenue.

“It’s just a great investment in the community as a whole, because if this project comes to fruition…the community will expand and improve.”

When you look at other cities, galleries, theaters and other activities draw people downtown, Derksen said. Something similar is needed in downtown Brandon.

He thinks the hub could be a solution.

“I think it’s really important for people in Brandon to identify the gallery, the library, the museum…and kind of create a sense of pride that bigger places like Winnipeg or other places have.”

At one time, downtown, where the gallery and library are now located, was a thriving center for the community. He says that has changed over the years as the downtown area has slowly lost its vibrancy.

Things are changing, he says, new businesses are opening up, showing the potential of downtown, but more support is needed.

The hub can provide a vibrant sense of culture and build on the momentum of downtown revitalization, he said.

“If you’re going to another city as a tourist, you’re not going to the suburbs, you’re going downtown…so it would be nice if Brandon created that.”

Brandon General Museum and Archives trustee Keith Waterfield says part of the challenge of creating the cultural center will inspire Brandonians to reinvent downtown as a place to live as a community.

“You know, people are scared to come downtown and Brandon is very much a car town, and I think people just drive through downtown,” Waterfield said.