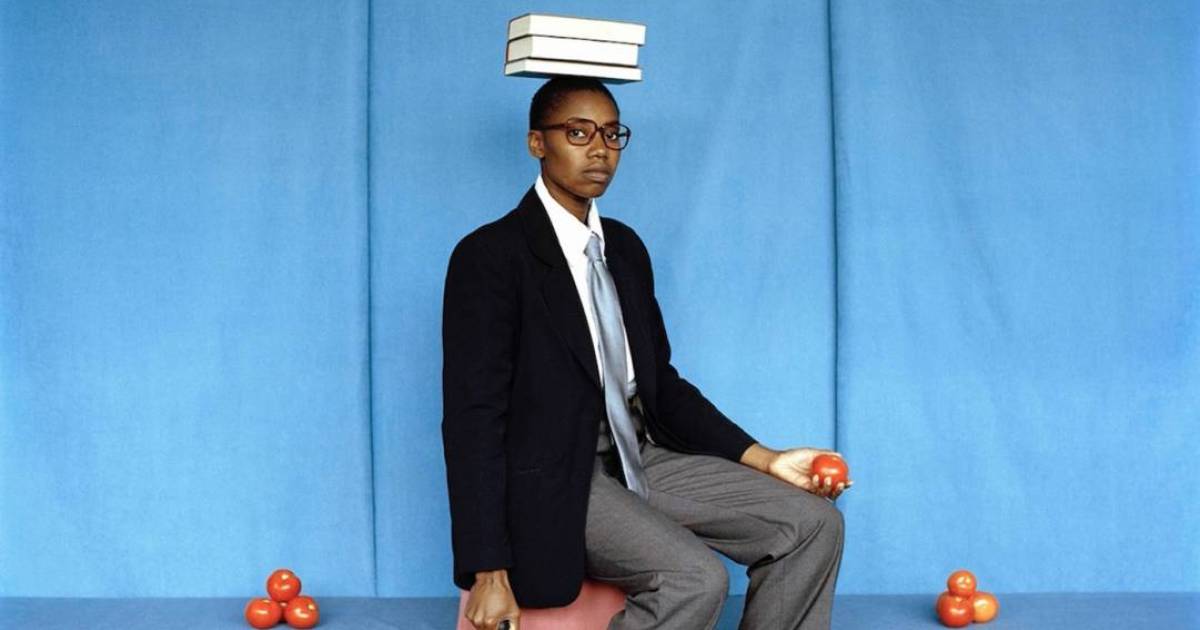 The pandemic means many people are spending a lot more time with their loved ones. Over the past year, this has prompted Emmy Lee Wall, Executive Director of the Capture Photography Festival, to reflect on the role of the camera in recording personal stories and family narratives.

“I think photography was really a tool through which family structures and family relationships were defined,” Wall said. Law by telephone. “If you think of people’s first experiences with photography, it’s usually with their family. Everyone is photographed at birth, usually by their parents or guardians, immediately.

She also points out that people’s idea of ​​what a “standard family” or “good family” looks like is often defined by a family portrait. In these images, she says, family members are sometimes dressed in their finery or presented with their most prized possessions.

“I think this interconnection between the definition of family and photography is really interesting,” says Wall.

This is what led her to curate Family Album, a featured exhibition at this year’s Capture Photography Festival. But it’s not just a recitation of typical family photographs. Far from there.

Local, national and international artists in the exhibition use photography as a tool to investigate their family histories.

Indian-born, New York-based photographer Cheryl Mukherji, for example, says in an interview in the Capture Photography Festival catalog that she decided to “subversively reinvent and recreate my mother’s wedding photographs.”

Over a period of five years, images were taken of her mother, who was then studying to become a surgeon, to attract a husband.

Mukherji hand-painted the images behind the self-portrait on the Lawthe cover. This represents the way Indian brides-to-be have often been shown: in front of works of art or with objects reflecting aspects of their personality.

In graduate school, Mukherji learned that a good portrait should capture the essence of a person. But in a YouTube interview, she says studio wedding photography wasn’t that at all: it was about projecting one person’s idea onto another person.

Wall compares the image on this week’s cover Law to an old fashioned personal ad. “It’s like the era version of posting on some sort of dating site,” she says.

One of the Vancouver artists in the exhibit, Rydel Cerezo, said in the catalog that he wanted to reflect on how his family members have changed physically during the pandemic. He readily admitted that his images “may lack social glamour, but the idea of ​​family in all its banality felt intimately fuller”.

“The examples of being photographed by one’s parents and the idea of ​​family presented through photography made me think of how family photographs have leaned more towards presenting ‘success’ in the age of Facebook,” Cerzo said. “During this time, it became apparent to me that family albums lived online and were usually presented in place of some sort of ‘realization’.”

In Family Album, Italian-born artist Silvia Rosi explores her personal story through self-portraits of her appearing as her mother and father, whose roots go back to Togo.

“In my work, there is the idea of ​​showing my parents’ past but doing it in a different way from the images that one might find in a family album”, explains Rosi in the Capture catalog. “I wanted to activate a reverse process.”

She adds that her images do not reflect reality but rather “attempt to capture moments that are not always joyful but express the complexity of the individual”.

Dainesha Nugent-Palache’s mother, based in Toronto, loved collecting fragile figurines, which made no sense to her as she grew up. In his still life photographs, the artist includes these objects, often in the background.

“When creating this work, I was thinking less about how photography constructs the idea of ​​a family and more about objects found in the domestic setting of a family home – in particular, the memories and stories associated with it. to these objects, and how they inform our family’s perception,” Nugent-Palache states in the catalog.

Wall says the images in the exhibit reflect the different dynamics that exist within families.

“These relationships are seen as positive by society, but can often be complicated or unfamiliar or changing and constrained,” Wall says.

Additionally, she adds that families can be both comforting and strained. “I think photography has become such an interesting tool for artists to explore things that are meant to be really familiar and close to us but are in many ways often unknowable.”

Another of the local artists, Anna Kasko, presents family photos of a different kind in the exhibition. According to Wall, Kasko found an old box of slides and tried to find the owner so they could be returned. But the person didn’t want it, which seemed very interesting to Wall because they were documenting a family history.

Kasko ended up editing those slides, transposing one image onto another to create something entirely new.

“She presents it as light boxes,” Wall explains. “They’re actually quite small and shiny.”

Wall compares them to jewelry, inviting the viewer to come closer. For the curator, these images raise the question of whether the photograph really presents a truth.

“They were true,” says Wall. “But what happens when you put them on top of each other?” And what new reality can you draw from it as a viewer looking at this work and creating your own meaning? »

In the Capture catalog, Kasko says she creates a more universal experience by interfering with the original intent “to blur the specificity of the subject.”

“I invite the audience to look and through the image, literally and allegorically,” she says.

A third Vancouver-based artist, Birthe Piontek, pointed out in the catalog that “the relationship between photography and truth is very complicated.”

“Even if an image tries to deliver fact rather than fiction, it can only show one specific angle: that of the photographer,” Piontek said. “Many other angles are left out, including everything that existed outside of the frame when the image was taken. At best, a photograph can represent one version of the truth.”

The people and objects in her images were staged, she added, noting that it was done “to tell a story and express the emotions my family members and I felt at losing my mother. because of dementia”.

Another artist, Meryl McMaster, said her Ancestral project was due to a search for family photographs. This was done in order for her to learn more about her native heritage (nêhiyaw [Plains Cree] Red Pheasant First Nation in Saskatchewan and Siksika Nation in Alberta).

These images lacked the level of detail she hoped to find, so she began collecting paintings and photographic portraits of 19th century Native women and men across the United States.

She focused on the works of photographers Edward S. Curtis and William Soule, as well as painter George Catlin, who documented traditional Aboriginal life in the belief that it would soon disappear.

“Their ideas and misrepresentations have spread to the public,” commented McMaster. “Actually, my ancestors were still very much alive, but not the way they were depicted in these pictures.”

She ended up putting these images on the bodies of herself and her father, which were covered in white pants like a screen.

“This process of playing with light and projection onto the body creates a surreal, ghostly quality to the images, with aspects of the subject past and present visible.”

Another artist, Toronto-based Anique Jordan, has an image on the show titled family scrapbook, which gave its name to the exhibition. She returned to her hometown of San Fernando, Trinidad, where her mother (like McMaster’s ancestors) did not have access to a camera.

According to Wall, Jordan wanted to put himself in a situation similar to what his mother went through growing up.

“She went to places that were culturally, socially, and economically important within her family,” Wall says. “She photographed herself on these sites.”

Because photography is so accessible and relatable, Wall thinks it places a great responsibility on the festival to take great care in how images are presented to audiences.

Family Album is presented free of charge at the Pendulum Gallery, which is located in the lobby of the HSBC Canada building on West Georgia Street, across from the Vancouver Art Gallery.

“I really feel like photography is a medium of our time,” Wall says. “It’s such a common language. It’s everywhere. Everyone connects to it in one way or another.