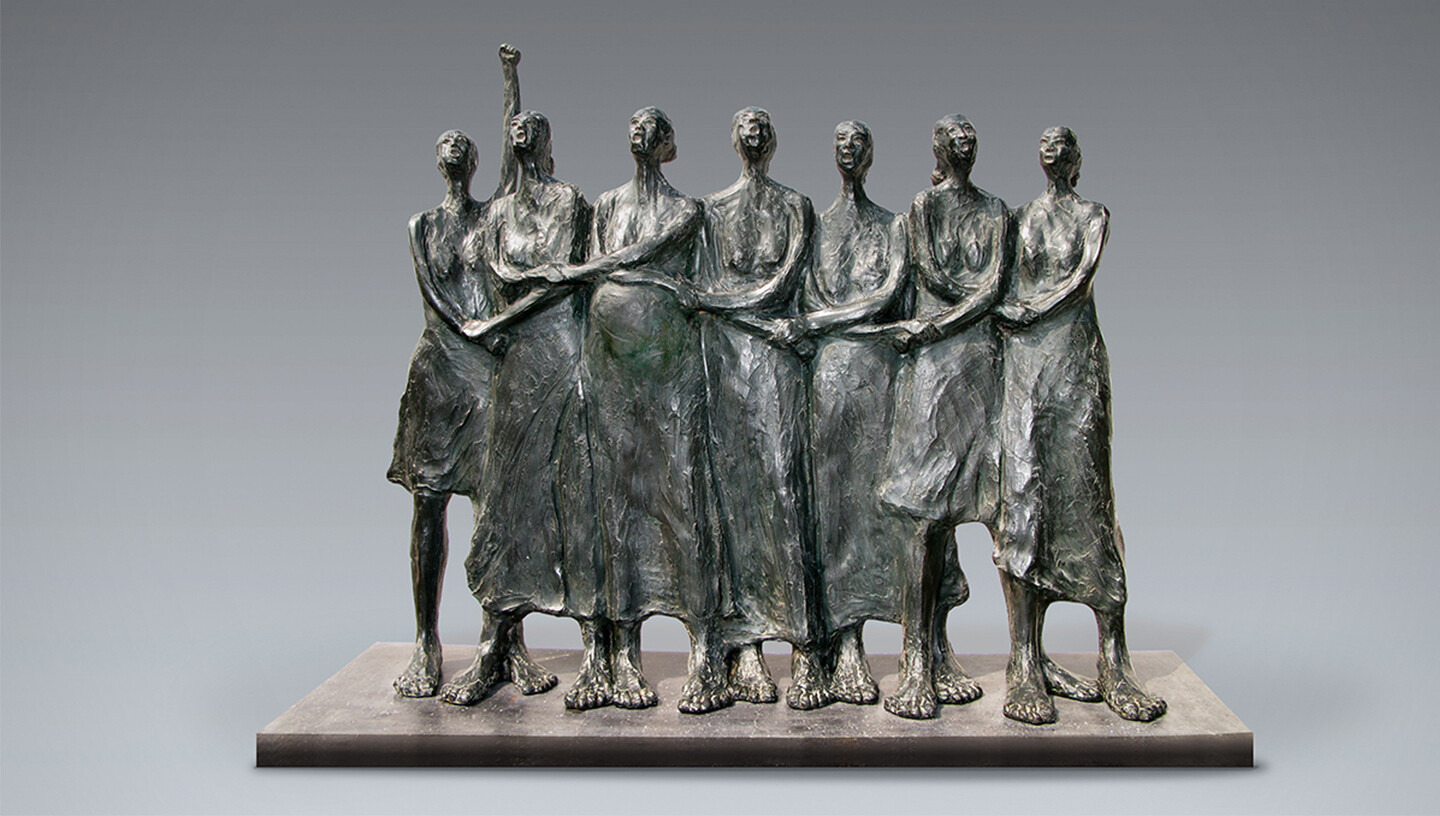 To evoke something from nothing: August 26, 5-7 p.m., online reading group

Collecting Entanglements and Embodied Histories is a curatorial collaboration that began with the examination of the collections of the Galeri Nasional Indonesia, the MAIIAM Contemporary Art Museum, the Nationalgalerie Berlin and the Singapore Art Museum. He was initiated by the Goethe-Institut.

Aiming to trace back stories, counter-stories and missing histories whose minds populate the present and seek new narratives, Collecting Entanglements and Embodied Histories questions how these intertwined stories in the processes of nation-building, the formation of the individual identity and their embodiment are reflected in the artistic works and their exhibition history.

Its process of discussion and exchange culminates in four related exhibitions in Chiang Mai, Singapore, Berlin and Jakarta, organized by Anna-Catharina Gebbers, Grace Samboh, Gridthiya Gaweewong and June Yap. The team of curators co-designs the project, with each curator leading an exhibition that explores a distinctive narrative and features works from the collections of the four institutions.

ERRATA, Chiang Mai, MAIIAM Contemporary Art Museum (July 30-November 1, 2021)
ERRATA is the first chapter in the series of exhibitions. It resonates with an exhibition history in Singapore by Koh Nguang How, who corrected errors in the Singapore Art Museum’s first exhibition catalog in 1996. In this context, errata refers to the MAIIAM Contemporary Art Museum collection as the manifestation of errata in the Thai public. and some private collections. The performative action of collecting contemporary art, in particular socially engaged works created since the early 1990s, has continued to the present day, especially since the post-coup period in 2014. . ERRATA discursively contemplates and unpacks the complexity of micro-narrative artistic practices such as performance art, media works of suppressed voices, especially women, who use their bodies and cameras to encapsulate and embody the entangled stories.

Gift, Singapore, presented by the Singapore Art Museum (August 20-November 7, 2021)
Gift examines the subtle and intangible aspects of exchange, influence and trace through the subject of the gift. From the social act to the cultural performance and the philosophical concept, the seemingly ordinary act of giving is in fact ambivalent and paradoxical, and therefore a source of fascination, vexation and debate. Unlike an economic transaction, the gift is more than the object of its exchange. It is an embodiment of spirit expansion by the giver that often compels his receiver, and can even unintentionally become an onerous burden. Drawing on aesthetic and felt connections between collections, the exhibition presents the complexities and meaning of our intertwined stories. After all, a gift is only a gift when it is entangled.

Nation, Narration, Narcosis, Berlin, Hamburger Bahnhof – Museum fÃ¼r Gegenwart – Berlin (November 28, 2021 – July 3, 2022)
The exhibition explores the relationship between critical art forms such as performance art, time-based media art and installation in particular, with political protests, historical trauma and social narratives. â€œNation, Narration, Narcosisâ€ conceives the climate and the environment not only ecologically but also socially. In this context, the show asks questions about the often brutal nation-building processes, the role of art in the associated narratives and what hegemonic and alternative forms of community and narrative are possible and are reflected in the works of art. ‘art. The concept of nation contained in the name “National Gallery” meets other ideas and forms of kinship, solidarity and individuality, starting from Beuys’ concept of social sculpture.

The willing allies, Jakarta, Galeri Nasional Indonesia (January 28 – February 28, 2022 – date to be confirmed)
Around the time of the Asia-Africa Conference (Bandung, 1955), geopolitically oriented exhibitions began to occur around the world. These included the Sao Paulo Biennial (f. 1951), the Alexandria Biennial (f. 1955) and the Graphic Arts Biennial (Ljubljana, f. 1955). In 1981, traveling exhibitions between ASEAN member countries began to take place. At this time there was also a wave of non-Western international exhibitions, such as the Fukuoka Asian Art Triennale (f. 1979), Asian Art Biennale (Bangladesh, f. 1981), Australia and the Regions Exchange (f. 1983) ). ) and Havana Biennale (f. 1984).

The reach of the Non-Aligned Movement (f. 1961) was perhaps too great for an exhibition effort. To many surprises, in 1995, Contemporary art from non-aligned countries exhibition was held in Jakarta. At least 38 countries participate by sending the works of their artists. Many of them were later donated to the collection of Galeri Nasional Indonesia. What can we learn from these exchanges? Were these simple symbolic gestures of alliances? What was the relationship between the artists? Have there been real exchanges between artists?