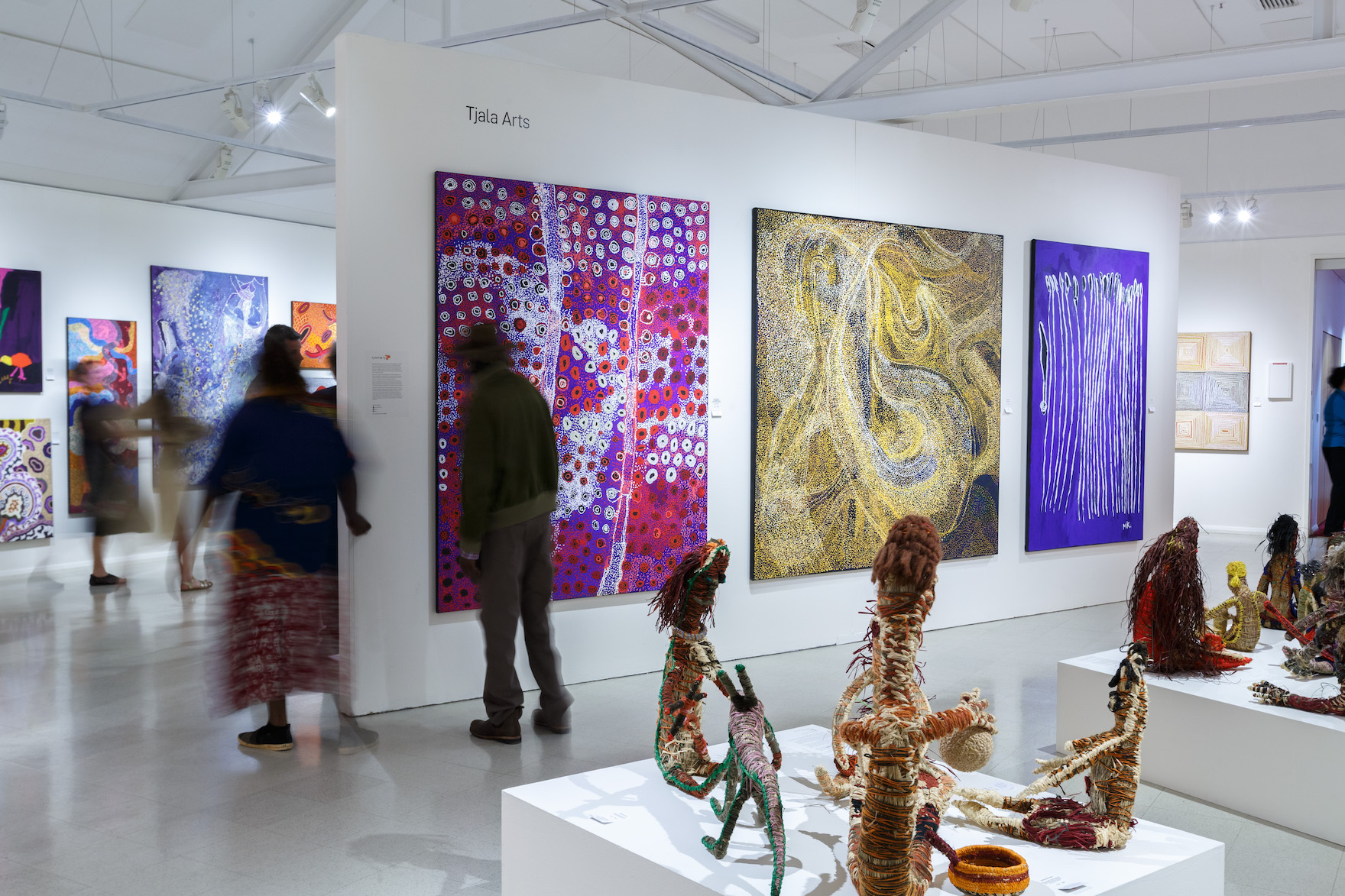 A recent report commissioned by Desart CEO Philip Watkins and prepared by Creative economy asked the question: Should Desert Mob as an event be owned by a single entity? And if so, should that entity be Desart (the leading membership-based organization for Aboriginal Arts and Crafts Centers in Central Australia), or a new independent entity?

Managing any arts organization can be complex. But this may be especially the case when stakeholders broaden to include First Nations communities, government funding partners and tourism interests.

Freeing up bureaucracy to allow an organization to be more nimble and seize opportunities that knock at the door, seems logical – but it can also seem dramatic when it comes to handing over the reins of an event that has a history of more than thirty years.

the Araluen Arts Center is funded by the Government of the Northern Territories. In contrast, Desart is an organization of First Nations people. It was created a year after Desert Mob, in 1992.

The report was funded by the Department of Territory Families, Housing and Communities, NT, and is the first review of Desert Mob in 30 years. This heralds a big change for both organizations. Although they have long gone hand in hand, complementing and expanding their efforts, they have remained separate entities to this day. Until now.

Desart will now be the producer of the Desert Mob event, in one of the ten recommendations adopted from the report. Other recommendations reflect findings first raised by Desart CEO Philip Watkins in 2019, and that the brand is strengthened, and the event is innovative, dynamic and continues to hold its place as a significant artistic event reflecting the art of the Central Australian desert.

Why change? Statistics explain why.

The report says Australian Indigenous tourism is worth an estimated $5.8 billion a year, with the number of Indigenous cultural tourism visitors increasing by an average of 9% per year since 2013.

Among the top 10 regions with the highest proportion of overnight stopover arts activity (2015-2018), Uluru is number one on the list (with Alice Springs often the gateway), and Alice Springs itself is number 4. First Nations arts and crafts make up almost a third of all arts activities followed during overnight stops in the Northern Territories. However, during the last edition of the Desert Mob exhibition, attendance was reduced to 3,059 people and sales of the exhibition fell by almost 30%. This was largely an impact of reduced tourism with COVID.

At the same time, Desart secured funding to pivot online and improve the e-commerce capability of its member art centers. The two events that Desart already runs for Desert Mob – the Marketplace and the Symposium – saw significant increases.

Desert Mob Symposium Online 2020 saw a 2400% increase in viewership and 13% new international audience, while Marketplace Online saw a 170% increase in sales, with an online sales conversion rate by 50%. This international growth is particularly interesting.

“Bringing our art centers online has been a phenomenal success, in terms of range and engagement,” said Desart, Strong Business Program Manager, Carmel Young. “Some of the films we produced at Desart have screened at the Whitechapel Gallery in London and the Seattle Art Museum. They also accompanied our members during the Tarnanthi and Revealed exhibitions as well as the commissioning of new works. It’s incredible; it’s really exciting. There is so much potential.

Over the history of the Desert Mob event, over 11,387 works have been exhibited at the AAC, with art sales generated from the exhibition totaling approximately $9.4 million (1991-2020).

Watkins said: “It became clear to me that Desert Mob needed to grow and strengthen its position in the wider calendar of First Nations events, such as Tarnanthi (SA), DAAF (Darwin Aboriginal Art Fair), NATSIAA (National Aboriginal and Torres Strait Island Art Awards) and Revealed (WA) for example.’

“We now have the imprimatur to build capacity for this event through strategic partnerships, and that’s what we plan to unveil in the business strategy,” Watkins added.

“This is a great opportunity to develop strong partnership strategies with other organizations showcasing key Aboriginal events in Alice Springs in September, to really bring Central Australia to the fore.” This is an exciting time for our organization, our members and the region,” Watkins told ArtsHub.

“You have to remember that Central Australia is the birthplace of the Aboriginal art movement,” Young added. “This event must have this gravity; we must give him this respect and build a great critical discourse around this event. There’s so much potential – I mean down the track, not just in the next few years, but long term, and that’s what the business strategy will identify.

Young added that the process has been truly collegial and consultative, with sharing of information and assets. This is partly because the two organizations already work closely together.

Desart created the Desert Mob Marketplace in 2004, and a year later they organized the first Desert Mob Symposium (2005). Only the exhibition remained under the management of the Araluen Center for the Arts.

“Our role in the exhibition was to contribute to the artist stories in the catalog, the artist preview, and we also marketed the exhibition. But the whole curatorial aspect, installing the works, doing the sales, all of that was with the gallery (AAC) and will now move to Desart,” Young explained. “However, it is still a collaborative process.”

It should be clarified here that the relationship with AAC as the host venue will continue and that the market will still be presented to AAC.

‘Araluen Arts Center will operate as it would with any exhibition, but all other aspects will be handled by Desart. We will soon be announcing a First Nations curator who will co-curate this year’s exhibit with Araluen curator Stephen Williamson. But from 2023, it will completely shift to a First Nations Conservative.