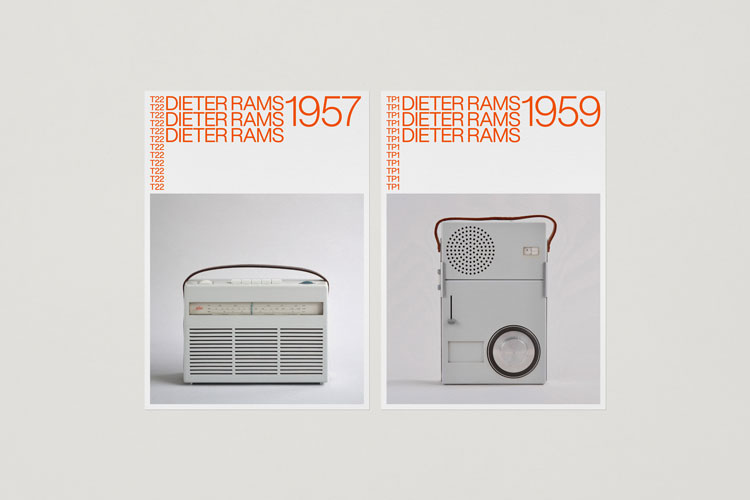 A new exhibition opens in Japan this week to celebrate the work of legendary German designer Dieter Rams.

Less But Better will focus on Rams’ work for electronics company Braun and furniture company Vitsoe in the 1960s. The curated collection will include a number of well-known and beloved pieces, as well as samples of lesser work. known.

London-based design consultancy Systems Studio organized the show, as well as designed its identity, exhibition space, merchandise and overall visitor experience. It will open in Isetan’s flagship store in Tokyo, Japan, with the goal of bringing Rams’ â€œextraordinary aestheticsâ€ to new audiences.

“An autonomous world of Braun and Vitsoe”

â€œOver the years, through Das Programm, [we have] developed a strong bond with the Braun company, now a client of the studio, â€he says. â€œUsing our deep understanding of the brand, Systems provides a combination of strategic and design services that frame heritage stories for contemporary audiences. “

In preparation for this latest exhibition at Isetan, the studio received a “very open brief,” Kapos says. The only requirement was that the exhibition offer an â€œimmersive experienceâ€.

â€œRather than competing with neighboring displays, we created an independent pavilion, a self-contained world of Braun and Vitsoe, amidst the hubbub of the store,â€ says Kapos.

“The extraordinary aesthetic unity between the designs”

Visitors will discover the offer in three distinct stages, walking through the â€œfamiliar surroundingsâ€ of a living room, a projection room and an office. This technique of “progressive storytelling” was conceived by the studio as a way to show the connections between Rams’ diverse catalog of work.

As well as showcasing classic pieces like the T1000 World Receiver radio and the Phonosuper SK4, affectionately known as Snow White’s Coffin, the exhibit will also include lesser-known pieces from Rams’ career. These will include items such as the RZ 57 Vitsoe storage system and an extensive collection of Braun packaging and printed products.

Kapos says that even in these very different mediums, Rams’ unified design aesthetic can be identified.

“Which makes [his work] Unique, especially in the 1960s, is the extraordinary aesthetic unity between designs, even across categories as different as audio equipment and seating, â€he says.

Rams is well known for its clean, modular approach to product design and these philosophies underpin Less but Better, according to the studio. We find it in the physical design of the space, in the identity of the exhibition and in the language of the brand.

The space itself is inspired by the D55 exhibition system – a prefabricated and expandable screen – widely used by Braun between 1955 and 1970. The D55 is typically standardized and modular and its use as a point of reference provided both â€œA practical solution and a historic connection,â€ says Kapos.

â€œOur vision for the exhibition was to present the extraordinary aesthetic consistency of Dieter Rams’ 1960s designs for Braun and Vitsoe to an audience with little prior knowledge,â€ he says. The austerity and severity of Rams’ work can be difficult, so we organized the exhibit as a progressive narrative journey, structuring our rational oasis as a series of linked cells.

Giorgio Del Buono, Design Director at Systems Studio explains in more detail the influence of the D55, stating: â€œOOur structure was to guide visitors along a single path from entrance to exit, so we expressed this sense of a journey through the grid of the pavilion structure, the modules of which gradually open up as we go. as visitors pass through it.

“The shift occurs at the threshold of each ‘room’, offering a varied structure and typographical elements, which conform to the structure of the grid panels, further underline these transitions.”

“We hope Rams himself would wholeheartedly approve”

The â€œlogical sequenceâ€ of the exhibition is also applied to the visual identity, which can be found through merchandise such as bags and posters, social media and in situ graphics. It is made up of a column system for text and features a muted color palette of olive green and light gray. As a nod to Rams and Braun’s story, it also includes shards of orange if needed, according to Del Buono.

â€œThe theme of the exhibit is the powerful unity of approach that connects Dieter Rams’ designs across categories as different as audio equipment and seating,â€ he says. â€œSo we used the grid to connect all aspects of the exhibition.

â€œWe used it to establish the structure and plan of the pavilion and the graphic elements of the exhibition. In this way, the theme of the exhibit was incorporated into the design of the identity – an approach we hope Rams himself would wholeheartedly approve. “

“The austerity of Rams’ work can often be difficult to grasp”

The setting of the exhibition initially posed a challenge to the team. It’s a different environment from the usual galleries, says Kapos.

â€œThe austerity and severity of Rams’ work can often be difficult to grasp, especially when you first meet,â€ he says. â€œPresenting it to new audiences in the context of a department store, where it inevitably competes with merchandising displays designed to grab people’s attention, was a fascinating challenge. “

Inspired by the gulf between the two ideas, the team continued.

â€œBoth in our selection of objects and in our conception of exhibition and identity, we have placed the emphasis on assembling pieces to form a coherent and aesthetically unified world,â€ explains Kapos. “I hope visitors leave the exhibit feeling that Rams’ work was more than the sum of its parts.”

LESS BUT BETTER Dieter Rams: The World of Braun and Vitsoe opens at The Space, the main building of the Isetan Shinjuku store on December 3, and will be on display Thursday through Monday through January 11.

Exhibition design in the post-covid era