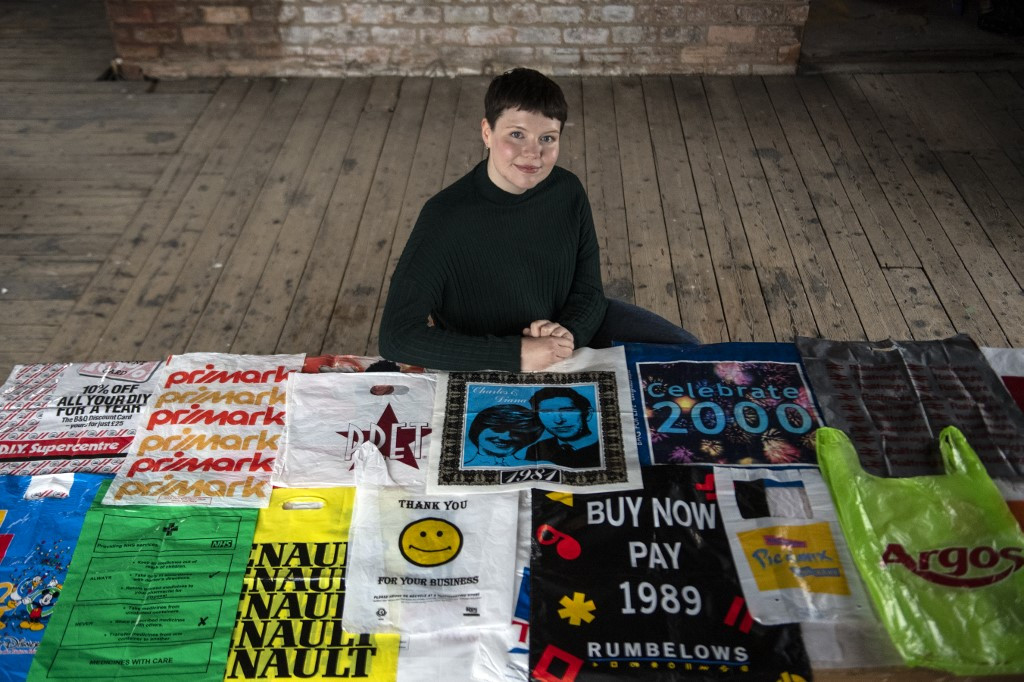 Katrina Cobain unwraps a package and removes its precious contents, slowly and delicately as if handling an ancient scroll of papyrus.

But the items she places on the table in a makeshift studio in a former tobacco pipe factory in east Glasgow are a little more mundane: plastic bags.

Yet, for many, they are considered historical artifacts, representing the excess consumption of the 20th and 21st centuries.

For Cobain, 24, each plastic bag tells a story of the modern era. So, two years ago, she became a collector and plans to create a museum.

“The original idea was born because I felt that landfills could be archaeological excavations of the future and for our civilization they would be filled with plastic,” she told AFP.

â€œThey reveal so much about our way of life over the past 60 years in terms of consumption and social history.

“They can document or reveal key changes in our lifestyles, key historical events and also changes in graphic design styles.”

When Cobain announced that she was planning to start a museum, she was inundated with bags from all over the world.

Its growing collection includes those from New York and the former Soviet Union.

Others commemorate the Concorde supersonic passenger jet, and even the marriage of Queen Elizabeth II’s eldest son and heir, Prince Charles, to Lady Diana Spencer in 1981.

â€œWhy they were making bags to commemorate the royal wedding, I don’t know,â€ Cobain said.

“This shows you the level of plastic bag production back in the days when such events were printed on bags.”

Cobain’s most prized bag is the one she bought at a Woolworths store where she used to buy CDs as a child.

She remembers “Woolies”, which once had more than 800 stores in the UK, which disappeared completely after the credit crunch in 2008 and ranks it as a key moment in her life.

Cobain’s plans to hold an exhibition were dashed by the coronavirus pandemic, prompting her to move online.

The lockdown proved to be a great time to photograph his collection, build a website and launch plasticbagmuseum.com. A physical exhibition is still in preparation.

Despite his affection for plastic bags, the use of which is increasingly paying off, Cobain eagerly awaits the moment when they will be relegated to history.

“They are obviously very damaging to the environment,” she said.

“The photographs show how many bags there are in the oceans and how much they disturb other natural habitats for animals, etc.

â€œAnd they’re just incredibly unsustainable to produce and use.

“So by creating a museum on plastic bags, it helps people understand that these are things that are a thing of the past.”