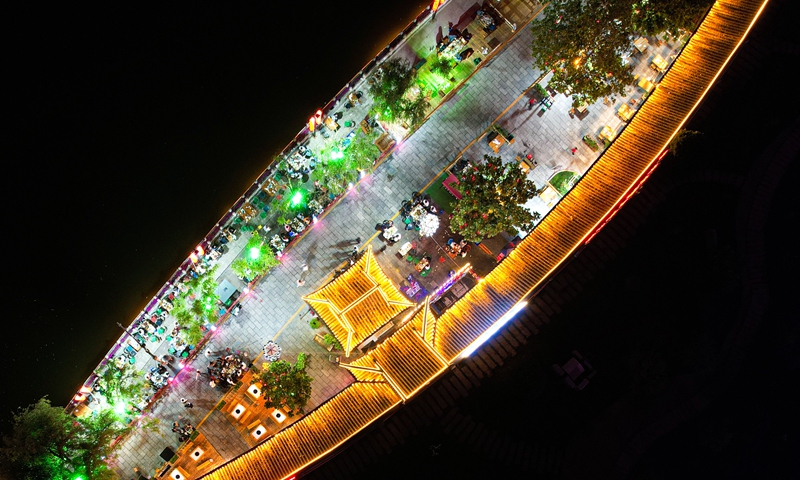 “By practicing the rules of decorum, it is harmony that is valued.”

This is a quote from Xue Er, the first passage from the Analects of Confucius, the greatest Chinese philosopher who lived 2,000 years ago. The doctrine is also considered to be one of the essence of Confucianism and occupies a prominent place in traditional Chinese society and culture.

Over the past two millennia, the Chinese have pursued and applied the doctrine in their daily lives, and the various dynasties of the country’s former rulers have relied on it as a policy to run society as well as to deal with foreign nations.

Even today, the idea of ​​”harmony is precious” is still an important concept for the Chinese people and has many protests in human rights in China today. They are reflected in the national governance, ethnic policies and diplomatic strategies of the country.

In addition, officials also embrace this concept on social management at the grassroots level, advocating the need to protect the rights of individuals while respecting the rights of others.

In Jining, a city in east China’s Shandong Province and birthplace of the sage, people implement the concept of “harmony is precious” every day, making it a mirror that reflects how the wisdom of Confucius always guides and nourishes his offspring.

Hougang Village, located 30 minutes from downtown Jining, has a long history of around 1,000 years and is home to a mixed community of Han and Hui ethnicities.

As you enter the village, it is easy to tell which inhabitants are the Hui, one of the largest ethnic groups in China whose ancestors moved from the Middle East and settled across the country. Their homes differ from those of their Han neighbors with Islamic scriptures carved into the walls above the doors.

In this village, harmony and unity are followed and cherished by all, making Hougang a model of rural revitalization, ethnic unity and progress.

For Zhang Mingwu, Party secretary of Hougang village, the achievements that the community can achieve today are the result of a long and difficult process.

The village of Hougang has 819 inhabitants in 234 households, of which a third are Hui.

About 15 years ago the village was known to be dirty, messy, underdeveloped, poor and chaotic. 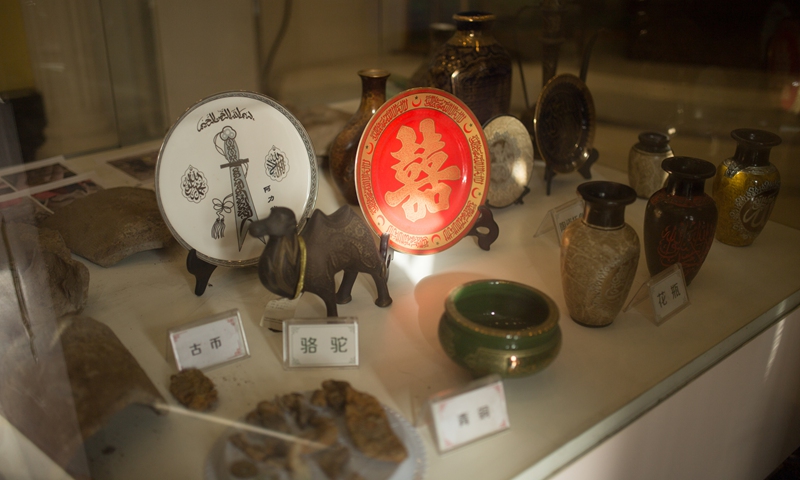 The museum on the history of the Hui in the village of Hougang Photo: Shan Jie / GT

In addition, certain economic disputes and a failed investment by the village committee created tensions between the inhabitants and the administrators of the village.

At the darkest moment, Zhang and several other residents were elected the new leaders of Hougang Village. Despite great pressure, Zhang and his team began to return to work to lead the village, and changes gradually appeared.

The first thing they did was learn about the needs of the villagers. They entered each house, spoke to each resident, and listened to their problems and difficulties. Then they tried to fix the issues as much as they could.

The next important job was to change the living conditions and infrastructure in the villages. “Previously, the village of Hougang did not have a suitable road. When it rained, it would get muddy everywhere and the dirty puddles could last for over a week,” Zhang recalls.

The renovations started in 2007. They were organized by the village committee and the inhabitants did not need to spend a lot of money. Nowadays, families in Hougang have moved into neat and beautiful homes that are finally connected to tap water.

“The village was a mess. There were many conflicts, big and small, everywhere. Men were drinking and arguing in the streets every day, ”Zhang told the Global Times.

One of the main issues to be resolved was the misunderstanding between the Han and the Hui. Zhang, himself a Hui, took advantage of his identity and built a small museum on Hui culture. “Everyone in the village should come here to study the real history of the Hui, especially the Hui people who actually don’t know much about their own history and are easily deceived by false information,” Zhang said.

Hougang advocated understanding and respect. Nowadays, several Han-Hui couples have formed families, a great sign of ethnic unity. “An easy way to test their love is to see if they can stick to each other’s conventions,” Zhang said with a laugh.

Hougang has gradually become a model village in Jining with these reflections of harmony.

In addition, Hougang has developed its own industrial park which promotes the deep integration of agriculture, tourism, culture, health care and manufactured products. In 2020, the net income per capita in Hougang reached 45,000 yuan ($ 7,000) and the collective income of the village reached over 600,000 yuan ($ 94,000), which is a good start for its industrial revitalization. 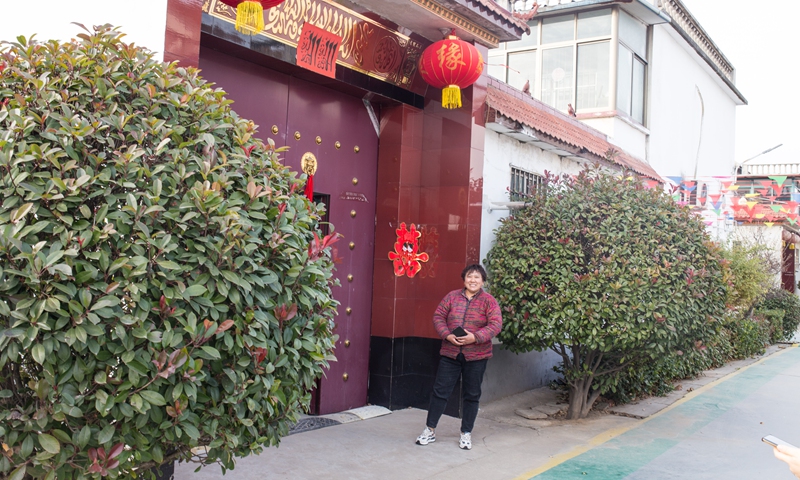 Jin Shiling, a villager from Hougang, stands in front of her house. Photo: Shan Jie / GT

Jin Shiling, a 49-year-old housewife in a Hui family, told the Global Times that she deeply feels the change in Hougang. “Many years ago, when I got married and moved to Hougang, I was sorry that I saw the bad conditions here,” Jin said. “But now I’m happy with my choice. My sisters all envy me for living in such a beautiful house and having a comfortable life,” she said.

Zhang’s efforts also earned him the honor. In 2020, he was awarded as a national model of ethnic unity and progress and was invited to Beijing to be received by China’s top leaders.

Live a better life together

In Jining, Jinxiang County is legendary for being the “Garlic Plantation Hometown” and Cuikou Village is known to be the “Garlic Storage and Trade Center”.

During the past 40 years of reform and opening up, the garlic industry has grown considerably. In 2019, the total industrial production value of Cuikou village was 720 million yuan ($ 113 million), collective income reached 5.6 million yuan ($ 879,000), and net income per capita of farmers was 46,000 yuan ($ 7,220). Here almost every family has their own business. The village of Cuikou is known as “China’s No.1 Garlic Village”. Photo: Shan Jie / GT

Like Hougang, Cuikou has also undergone a big change in the past decades. Before that, Cuikou was known as a poor village, full of problems and conflicts.

At the same time as the renovation works, Cuikou developed its own management according to the Confucian concept of “harmony is precious”.

Zhang Aijuan, a local civil servant stationed in the village of Cuikou, has worked here since 2015 and is responsible for mediating between the villagers. According to her, land, financial or daily life conflicts affected the production and operation of village businesses.

Zhang’s colleague Tian Shuguang told the Global Times that they would step in to arbitrate as soon as possible. “We would find the root of the conflict and try to resolve it by making the villagers understand each other,” Tian said, adding that “most conflicts can be resolved inside our village without resorting to a petition or to government legal departments, “Tian mentioned.

“However, our job is not to prevent villagers with demands and problems from petitioning, but to know their needs and really help them solve them,” Zhang Yali, director of the Center for Management and Social Services of the community of Yushan, which administers the village of Cuikou. , noted. Zhang stressed that “people are satisfied with our work and our service.” 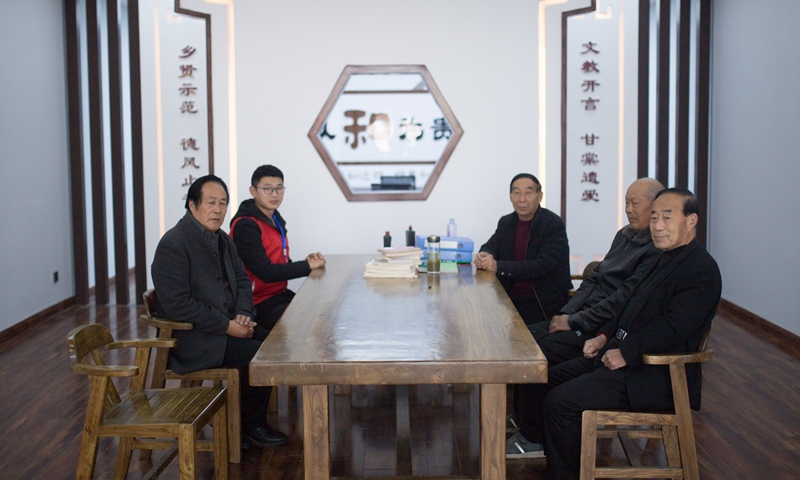 The “Senate” of the village of Cuikou Photo: Shan Jie / GT

In addition, the villagers also chose several prestigious elderly people in the village to help administer Cuikou, such as in the Roman Senate. Seniors participate in decision-making as well as mediation.

Nowadays, “harmony is precious” is displayed everywhere in Cuikou. Even the village service center bears this name. “Let’s meet outside ‘harmony is precious’,” the villagers would say, and this is their way of expressing their approval of the work of the administrators.

Wisdom on Social Management in Confucianism

Jining implemented the concept of “harmony is precious” in the most popular administration and systematically combined the theories of Confucianism with modern social management. It used its advantage of being Confucius’ hometown and having a powerful pool of Confucian study talent.

The Jining Leadership Political and Moral Education Base in Jining Qufu was founded in 2015 and has become the main training base in China for Chinese Communist Party cadres, government officials, and even government employees. ‘other countries.

To date, the base has organized 1,600 training sessions for ministries, companies and administrations at different levels, with 89,000 participants. The training combines the positive content of traditional Chinese culture with Confucianism and current affairs, aimed at improving the morality and quality of officials. 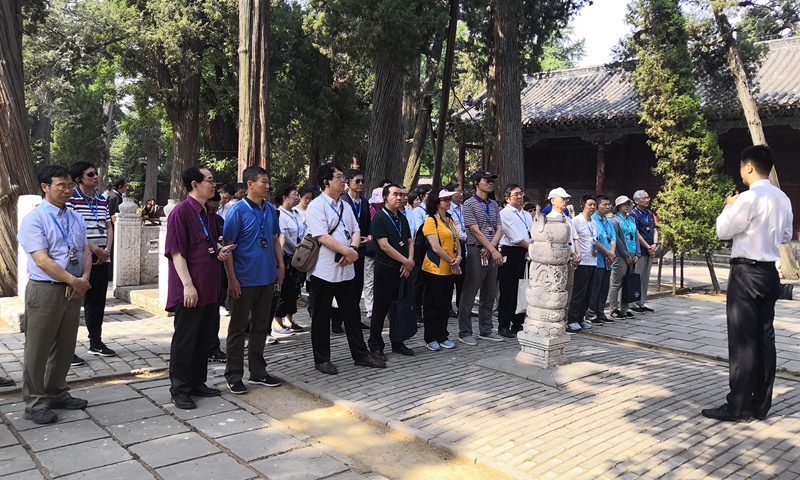 The training also attempted to demonstrate international solutions for social management in other countries. More than 300 senior officials from 25 countries under the Belt and Road Initiative, such as Fiji, Vietnam and Kyrgyzstan, participated in the training program on social management theories.

“For example, we learned that Fiji has different ethnic groups in conflict, so we shared the concept of ‘harmony’ with their leaders. They found it meaningful and useful,” said Kong Fanpeng, speaker at the Basis of political and moral education. World time.

“For the Chinese, no matter how much they know about traditional culture, they are aware of the importance of ‘harmony’,” said Qiu Yinjiang, member of the Party committee at the Education Base. politics and morals, to the Global Times.

“The concept could promote social management and improve relations between nation, society and people. That is why we now attach importance to Confucianism,” Qiu said.

“After all, Confucianism is also reflected in the Chinese democracy we are talking about today,” said Kong Hongen, a speaker at the base.

“Educating the people, enriching the people and supporting your people are some of Confucianism’s propositions,” Kong said, noting that “this is also what China has done and obtained achievements. calls the company “Grand Harmony.”

Thadomal Shahani Center for Management Calls for Applications for Certificate in…