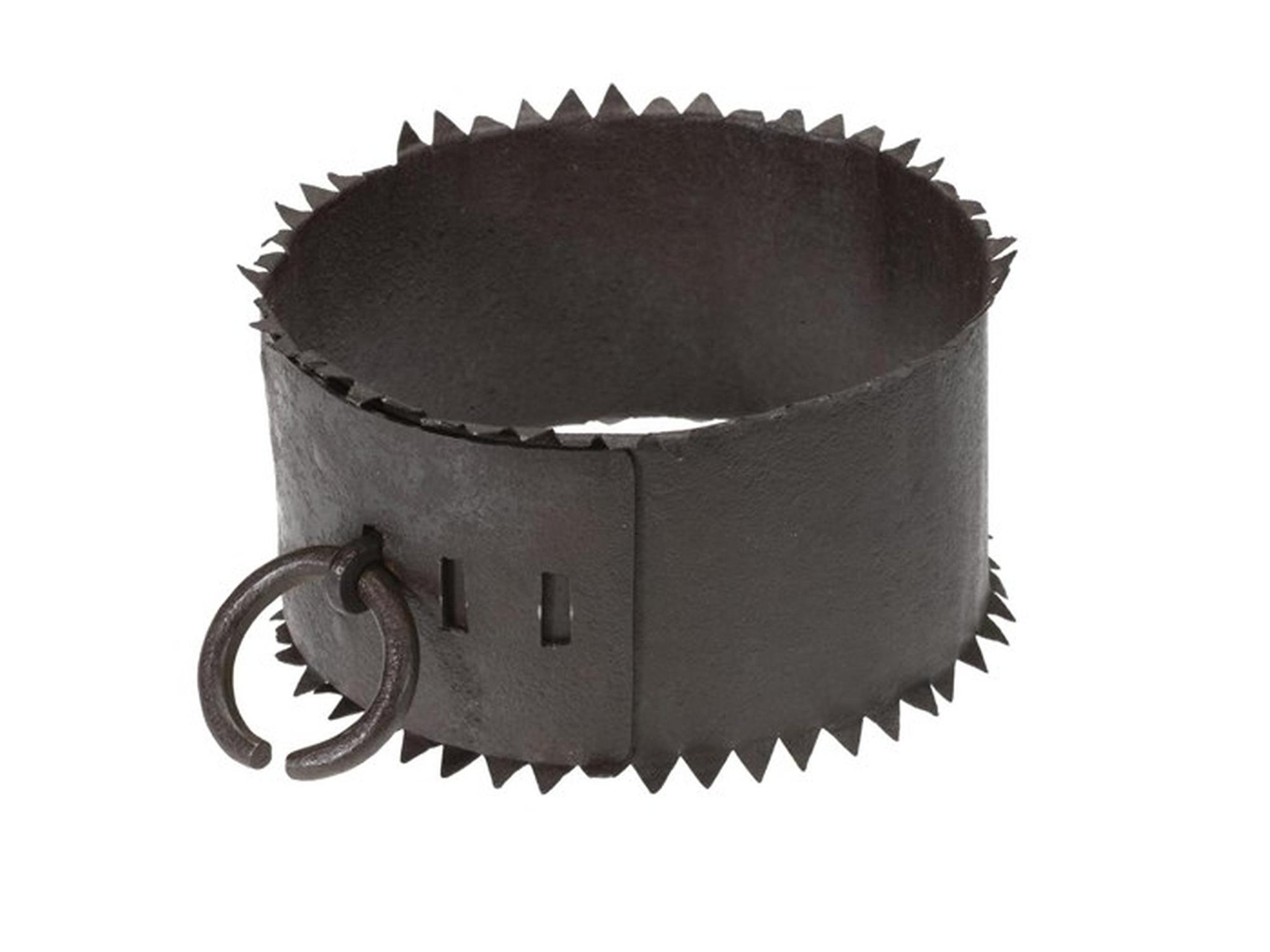 A guide to LGBTQIA + stories of a number of artifacts, spanning hundreds of years, has been illuminated in a new guide and trail at the National Museum of Scotland.

Objects include a stained glass window that commemorates King James VI and his ‘favorite’, George Villiers, the Duke of Buckingham, and a 17th century iron necklace from Fife.

Register now to our History and Heritage newsletter

Register now to our History and Heritage newsletter

The necklace was used as an instrument of torture around the same time a Renfrewshire woman was accused of being a lesbian, with authorities treating the case as a case of witchcraft.

A 17th century iron collar from Fife used as an instrument of torture on those accused of witchcraft. It was used to illustrate the case of a woman accused of being a lesbian, with authorities later treating her as a witch.PIC: NMS.

A Greek amphora, which depicts a bisexual hero and an all-female revered group of hunters and warriors, is also included in the guide.

Laura Bennison, Head of Community Engagement at the National Museum of Scotland, said: â€œLGBTQIA + stories have often been left out of mainstream history and we want to make them more visible.

The idea for the trail first came from a museum guide, who identified that there was a â€œreal interestâ€ in LGBTQIA + stories among visitors, as well as a gap in the interpretation of some of the objects.

A piece of Roman amphora that depicts the bisexual hero Hercules and the Amazons, an all-female group of female warriors who have become lesbian icons. PIC: NMS.

The guide was developed by a group of young adults from Impact Arts in Edinburgh.

A key part of the new guide is the stained glass window in the Kingdom of Scots Gallery. It represents King James VI, son of Mary, Queen of Scots, who had a succession of male “favorites” during her reign, the term then being used to describe a romantic partner or a lover.

The best known of these was George Villiers, Duke of Buckingham, with the window made to commemorate a visit the couple made to an Oxfordshire abbey.

A 17th-century iron collar – or yokes – from Fife, which was used to torture accused of witchcraft, illustrates the story of Maud Galt, who was accused of being a lesbian by her maid.

A stained glass window depicting James VI and his lover, the Duke of Buckingham. PIC: NMS.

Galt, from Kilbarchan, married a man to hide his sexuality and had a relationship with one of the couple’s maids, Agnes Mitchell, who later accused Galt of sexually assaulting her and others.

The Privy Council treated the allegations as witchcraft, although the outcome of the lawsuit is unknown.

Meanwhile, a piece of Greek amphora, which dates from 500 BC.

In the Design for Living gallery, an embroidery by May Morris (1862-1938), designer, teacher, jeweler and publisher – and daughter of design pioneer William Morris – is featured on the trail.

An embroidery by May Morris, daughter of design pioneer William Morris, who lived with his partner for 22 years. PIC: NMS.

May Morris lived with Mary Lobb, a gardener at the family home, for 22 years and after Morris’ death most of the estate and most of her personal belongings were left with Mary.

Ms Bennison said other items from the museum’s collection would be added to the guide over time.

She said: â€œThere is contemporary significance to these stories for everyone. A more faithful portrayal of LGBTQIA + life is also an important statement of welcome to members of this community today and a crucial step in demonstrating that museums and cultural institutions are safe spaces for all.

A message from the editor: Thanks for reading this article. We depend on your support more than ever, as the change in consumption habits caused by the coronavirus is having an impact on our advertisers.

If you haven’t already, consider supporting our trusted and verified journalism by purchasing a digital subscription.

Another Cinema: Devices and Stories – Announcements