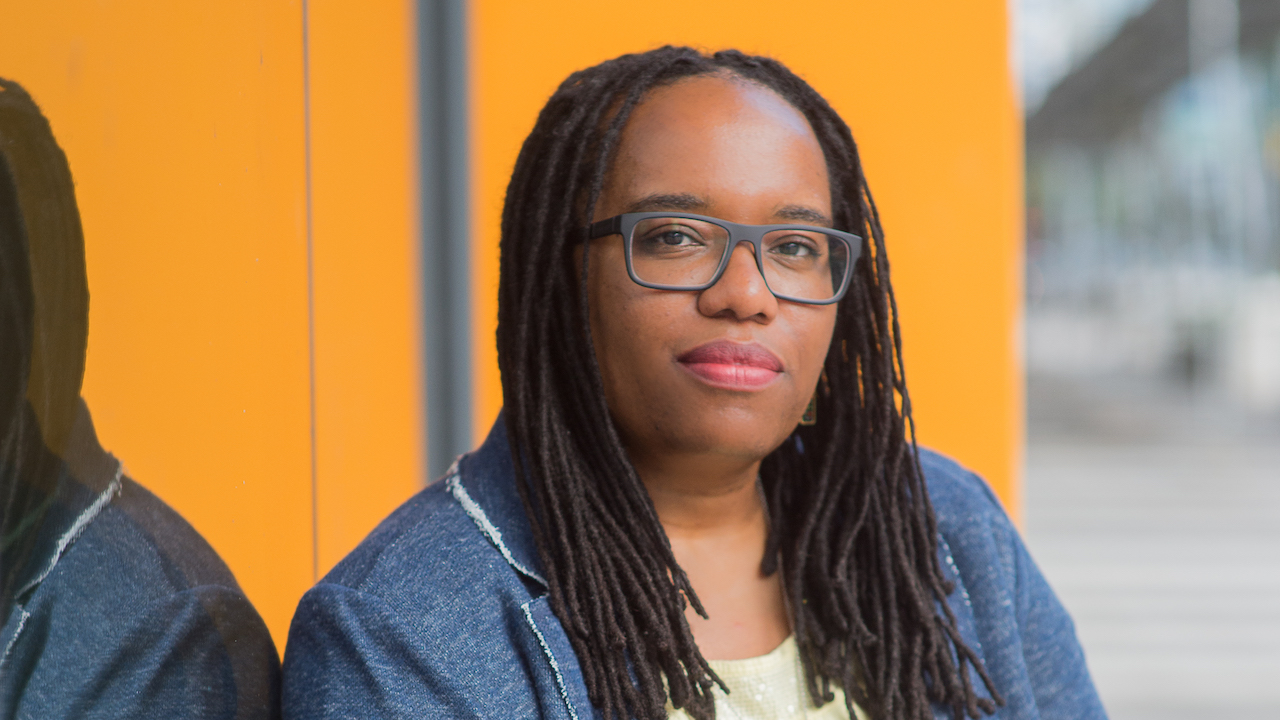 How to use the archives to find hidden black stories

There are many untold black stories in the archives, and Cheryl Thompson, an assistant professor in Ryerson University’s School of Performance, has made it her mission to make sure we have all the tools to find and untold them. to tell about. Last year, Thompson and Karen Cyrus, a postdoctoral fellow at Ryerson’s Creative School, received an Ontario-wide Young Scholars Award to create an inventory of archives containing Black history in Ontario. This inventory, which Thompson describes as the “Hotels.com of archives,” aims to make it easier to search through existing archives to find information about black history across the province.

TVO.org talks with Thompson about the barriers to finding historical information about black communities, the educational impacts of this project, and why we need more diverse librarians and archivists.

TVO.org: How did you decide this would be something you wanted to invest time in?

Cheryl Thompson: I’ve been researching the archives for over 10 years now, and people were always asking me about the experience [of being in the archives] in addition to why I was in the archives. First, I was in the archives looking for ephemera of beauty culture. Then I was in the archives going through the evidence of Blackface, whether it was newspaper editorials or pictures. And people would say, “How did you find that? How did you know to look for this? They were asking me about the actual process and I found that I could give them a readable answer on how I did it because the answer was unclear to them. So to me that means there was a gap. It told me that maybe they went to the library, and they just didn’t find anything, and they probably thought it was them – and they didn’t understand that there was logic in the archives. And it is a logic that I have just understood in 10 years. So that’s kind of where the project comes from.

TVO.org: When looking for black information in the archives, what obstacles did you face?

Chery Thompson: The first thing I realized about archives—and I’ve had so many conversations with librarians and archivists about this—is that they don’t really know how archives are used by the public. They know cataloging, documentation, search and discovery systems. They know the technical aspects. Often they don’t know what your experience was like in the actual archives.

And then, over time, what I learned is that there are two types of documents in the collections. There are records known as fonds: these are usually records that have been donated by a family; they are a personal collection. Then there is the regular catalog. The difference between the fonds and the catalog is that when an archive receives the fonds, it cannot change anything about it. So they catalog exactly according to what was delivered to them.

In a collection built by the archives, they use a language that they understand in terms of discoverability. So a lot of the stuff I study about the breed tends to be in the most popular collections. There can be an image of a nanny, even a Blackface show that someone has been to, and if that family background is cataloged how it was received, then sometimes they don’t put ids of race, or they don’t put location IDs. It was the major revelation that I had, that if you find yourself in the archives, and if you go through family funds, you often have to – unfortunately, as a black person – look for the derogatory ways that a white family in the 19th century might have identified you on the back of a photograph. They wouldn’t have called you by your name; they would probably have called you “nurse” or “mom”, “nigger” or “nigger”. They would use the language of the time in the absence of your name.

TVO.org: You said you and Karen Cyrus weren’t building an archive and compared this project to an archive hotels.com.

Thompson: Yeah, let’s say you’re looking for “Black History, Owen Sound”, right? You may not know where to go to find it. At the moment, in our collection, we collect all kinds of ephemera from various places in the province. So imagine if someone was looking in Owen Sound, we would have cataloged everything from Owen Sound. The potential of this inventory is to find people who have probably been hidden for centuries.

TVO.org: It looks like it will also find people in places where for a long time many said black people weren’t there.

Thompson: Exactly. It will also indicate not just black people, but black communities. It is very rare to find a person who was in a certain geographical location, and it was only one person.

For a long time in Canadian history, we tended to focus on one person, one individual, and it seems like that’s unrealistic. If there was one, say, a black man who lived in Ontario in the 19th century, he probably knew dozens of black people. He was probably married, and he probably had children, and then those children got married, and those children had children. There is obviously a genealogical line that has never really been connected in the records.

You also have to think about generational knowledge. Children who are old enough to even remember some of these ancestors are also getting older. So it’s about creating a culture of, “Hey, if you have a personal collection, you should donate it to this public archive. And others and I will be the steward to catalog it and ensure it is discovered. People back home have all these pictures of people from the 19th century. And they’re so afraid to give it to an institution because they don’t want to lose control, but they don’t realize that, if you don’t do something with it, it’s just going to get lost when you when you pass it on.

TVO.org: This project is a five-year project, and one of the final steps is to submit recommendations to the province. Can you give me an example of what those recommendations might look like?

Thompson: I already know at these early stages that one of the recommendations is that there be continued funding for the preservation, protection and promotion of black collections in the province. And, at the same time, there’s a culture that encourages more black people to get into the archival and information science field, because that’s also what’s missing, isn’t it? ? We are not in the fields.

TVO.org: Why is this the case?

Thompson: I think the image in most people’s minds of the librarian is of a single woman in her forties who may not have children and has cats. For example, we actually don’t have a very diverse view of the librarian. And this image has been sold to us in movies and TV shows. It doesn’t seem diverse; it doesn’t look like you’re doing anything important. It’s like you’re right behind the desk looking for books. The domain itself hasn’t done a good job, in my opinion, of selling itself because it’s actually very important work. You know, these people are the stewards of the past.

TVO.org: I know the project looks at things like newspapers and press releases – where do you look to find that kind of information?

Thompson: The Archives of Ontario plays an important role in this project. But we’re talking about all the collections from Windsor to Thunder Bay. There are things that are obviously accessible on public facing websites, but Karen Cyrus is actually contacting them to ask about their entire collection, the things that may not be digitized but they have a record so they can give us the collection record so we can add it to inventory. At the last presentation, Karen was already at 3000 records, and we are maybe 20% in the job. So it’s just going to be a huge project – actually bigger than I originally thought.

TVO.org: How do you think this will impact educational spaces for students who want to learn about black history and teachers who want to teach it?

Thompson: I think it will have an impact at all levels: primary, secondary, post-secondary. The lay student is often intimidated by the idea of ​​archives, and so this type of project actually makes it easier for you to imagine that “maybe I can go investigate this particular subject, whatever it is “, and it takes that mystique out of it. But, at the same time, it will also make it easier for teachers and professors to access the materials they want to bring to class. Because I think, as an educator myself, nothing beats a primary resource. And often you don’t use primary sources because you don’t know how to find them or it takes too long – or simply for a variety of reasons.

TVO.org: What stories about Black Canadian history do you hope people tell more by having access to this information?

Thompson: First of all, another part of the project, the actual narrative part, is that I will conduct a survey of black creators – artists, dancers, theaters, managers. I will interview them. I want to show how stories from the past have been used to create content or create forms of learning, entertainment and movement. In fact, I know many dancers who have said they use archives to choreograph a dance or a performance. I’m very interested in how people have used the collections to create something that’s related to the creative industry. So it’s sort of a unique twist on the project, because it’s going to be those stories at the end that will culminate with an exhibition. I already imagine it as this immersive experience where you hear the voices of creation, and you look at the images, and they talk about how they interact with that. It’s four years from now, but I’m already imagining how I’m going to make it all come to life.

This interview has been condensed and edited for length and clarity.

Ontario Hubs are made possible by the Barry and Laurie Green Family Charitable Trust and Goldie Feldman.