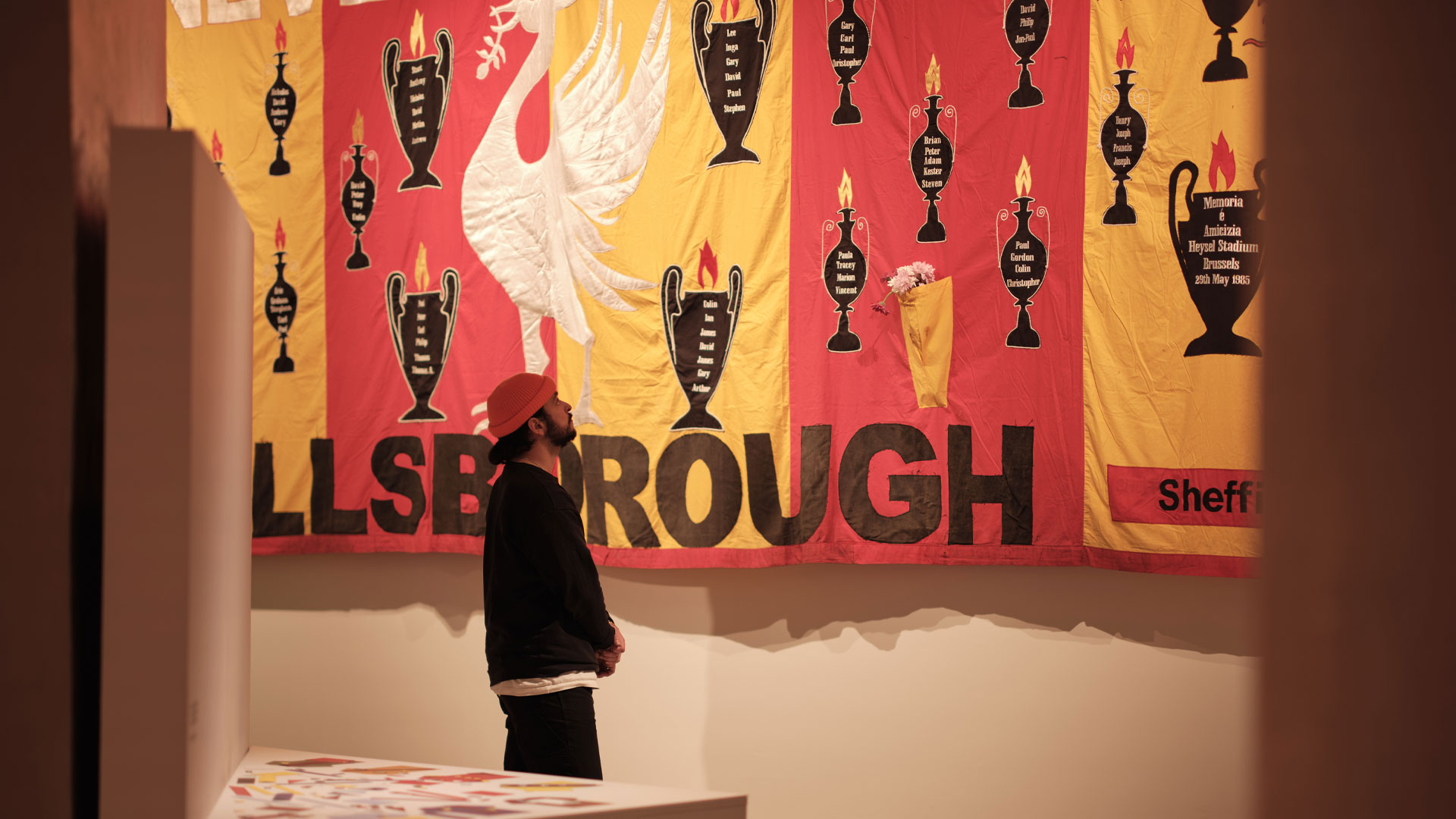 The new exhibition of the Design Museum opens with impressive statistics on its subject. Worldwide, some 265 million people regularly play football. An estimated 3.5 billion people (more than half the world’s population) watched the 2018 World Cup. But even without those numbers, the love for football is evident – reaching a fever pitch in England in the summer last with the final of the Euro. Football: Designing the beautiful game takes a different turn, considering how design has helped football take the world by storm.

For some, football and design may seem like separate entities. But from the first elements on display – school footballs used at a time when the rules were still being formalized – it’s clear that every aspect of the sport has gone through a design process. The most recent football on display shows just how much things have changed. The result of eight years of research and testing, the Nike Flight 2020 Ball features aerodynamic geometric patterns for what the sports brand calls “truer flight.”

The exhibition has a global scale. Five sections take visitors through the history of football design, from performance, identity, crowds, from spectacle to play. Architecture studio OMMX is responsible for the 3D design, which includes an immersive room part-time, while Shaz Madani is behind the 2D design. Studio Lima has designed a series of interactive features, including animated content and areas for children to design their own football kit.

One of the dominant tensions explored throughout the exhibition is between football and the infrastructure that has been built around it. As the museum points out, “It’s a simple game but a complex industry.” This is particularly clear in the section devoted to identity. Although the roots of football graphic design are relatively simple – as shown by Umbro’s pattern template kit from the 1950s – a complex culture quickly grew around it. Some football kits become fan favourites, while others are ridiculed. And shirts with specific sponsors can become collectibles, like the West Ham home kit from the show complete with a Dr. Martens wordmark.

This sector also highlights what curator Eleanor Watson calls ‘formal and informal design productions’ in football. A good example of the latter are Liverpool supporter Peter Carney’s banners, designed to be displayed on the home seats at Anfield. Carney is not a designer, but his oversized banners – designed for Liverpool players, managers and victories – are now on display at the Design Museum. Perhaps the most powerful are a pair of Hillsborough Memorial Banners; Carney designed the first in the aftermath of the tragedy and the second 20 years later.

Another memorable display is a set of hooligan business cards – designed and printed by supporters of the rival team. These cards, which usually parodied British institutions like Network Rail, were dropped at the scene of fights by supporters of the winning team. As Watson points out, there is a contradiction in our idea of ​​a football hooligan and the dedicated individual who designs and prints his own business cards as part of a craft project. It’s yet another tension in the exhibition, she explains – between people who wouldn’t consider themselves designers but who nonetheless contributed “vibrant, often witty and rich visual languages ​​to the sport”. .

Despite all the elements used to elevate and control football – from high-level tactics to endurance training and material innovation – an “incredible level of superstition persists”, says Watson. It can be both a joy and a pain for fans. After Brazil lost the 1950 World Cup final to Uruguay, the country’s all-white kit fell out of favor, considered bad luck. A design competition has been launched to find Brazil’s new kit. The only requirement? That it contains the four colors of the flag of Brazil. Newspaper illustrator Aldyr Garcia Schlee ended up winning – his sketches for the country’s new kit show the debut of the instantly recognizable green, yellow, white and blue colourway.

The show is also an opportunity to shine a light on some of the unsung heroes of football design. The exhibition features the Real Madrid 2011 typeface and the Fenerbahçe 2005 typeface, both designed by Anthony Barnett for the teams’ shirts. This speaks to the evolution of design within football branding; a bespoke typeface can distinguish a club’s identity, but it can also help prevent counterfeiting. Despite designing for major league clubs, Barnett remained under the radar as sportswear manufacturers have a history of not crediting designers for their work.

The stresses of the exhibit inspired its 3D design, says OMMX director Jon Lopez. While an overall grid-like structure is used to delineate the five themes, it is occasionally interrupted by unexpected materials or a large-scale display of football shirts, for example. The contrasting design choices were an attempt to strike a balance between “the formal and the improvised”, he adds. The halftime hall was a particularly happy marriage between the theme of the show and the demands of the visitors, says Lopez. In the blue-walled hall, visitors can rest on the stairs and watch clips of classic matches.

Although it’s not an attempt to recreate a stadium realistically – the scales are so different it would be nearly impossible – the venue does reflect some stadium-specific feelings, according to Lopez. The feeling of sitting among other people, for example. He explains that the contradictions of the stadium interiors, which seem open even though they are closed, influenced the look and feel of the exhibition more broadly, with its mesh room dividers and the underlying noise of the crowd.

Football: Designing the Beautiful Game runs from April 8 to August 29, 2022 at the Design Museum in London. For more information on opening hours and ticket prices, please visit the museum’s website.