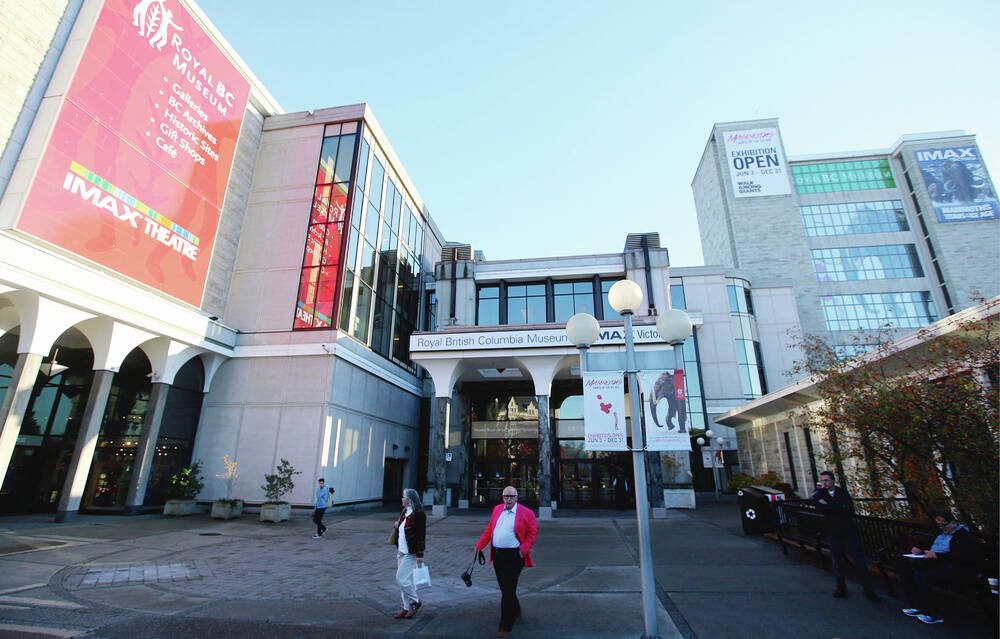 Return the direction of the Royal BC Museum

Re: “Royal BC Museum sees rush to last look at Old Town before dismantling,” December 19.

It is difficult to describe the anger I felt in this article. The article itself was good and informed of a ludicrous ideological decision as a knee-jerk reaction of a repentant mainstream culture to complaints that people’s feelings were hurt by the ongoing exposure.

I understand. I agree.

But for a museum‘s management and board to shut down a much-loved section of the museum for (now) five years (down from three a few weeks ago) as they mourn and cringe over past injustices is narcissistic and a dereliction of duty.

Can you imagine a museum management leaving prime exhibition spaces fallow for five years? They should all be fired. They will seek funds to roll them back when no one visits the museum for five years.

This is more than ridiculous. My anger is to have a field day.

We ignore history at our peril

I support the continuation of the Old Town exhibit at the Royal BC Museum by placing the issue in a broader context.

The German Historical Museum in Berlin and the former Nazi Party headquarters in Munich house extensive displays of Nazi memorabilia to ensure the Nazi era is never forgotten; in front of many residences across Germany, copper plaques commemorate individuals and families who were forcibly evicted by the Nazis and, in most cases, sent to concentration camps.

My purpose in mentioning these facts is not to equate the Nazi atrocities with the repression by European settlers of the native inhabitants of British Columbia, although there is little to revere in the latter, but to attract the attention to the determination of the Germans to face a period in their history of mystifying brutality.

We constantly walk in fear of offending and are too ready to sweep unpleasant facts and events under the rug and pretend they never happened.

If the first victim of what is called awakening is humor, the second is historical truth; rather than protecting ourselves and our descendants from the evils of colonialism, we should surely cherish a reminder of the wrongs European settlers did, but also of how they struggled to come to terms with an unfamiliar and often harsh environment. .

Santayana was right. It’s our story, and we ignore it at our peril.

Let’s try the compromise, leave the old town as it is

Old Town in the Royal BC Museum is an incredible gem for visitors and residents alike, and depicts a period in Victoria’s history of how designers viewed life at one time.

Representation represents views on how they accurately portrayed local life. It can be really inaccurate, or close to real life, how can you tell?

It turns out that every time our brain remembers a story from the past, another comes back, because the human imagination changes the story, every time it is told.

So who can say that the new stories will be a more accurate description of the story than the current postings, no matter who is telling the stories?

Human brains are the same regardless of race, culture, gender, etc. They will all tell stories differently each time they are repeated.

There must certainly be room for compromise here. Leave the old town alone. Refresh and build new exhibits, but consider how much the public respect the exhibits in the Old Town.

The twin cancers of political correctness and revisionism have certainly fallen to a new low. I refer to the December 19 article on the impending rampage of the Royal BC Museum exhibits which have stood the test of time for 50 years.

These exhibits are extremely popular and are an accurate representation of our history as it has unfolded. Many very talented professionals, some of whom are my close friends, have worked tirelessly to create what is now a world class venue.

When my four children, now over 50, were young, they enjoyed nothing more than visiting what was then our museum. They were both amazed and enchanted by the exhibits and learned a lot from them.

The top of their visit was always to watch Charlie Chaplin and Laurel and Hardy in the Old Town Theater.

Why on earth has the layout and composition of the museum become the preserve of new age knowledge rather than that of the scientists, historians and craftsmen who elevated it to the world-class status it now enjoys?

Has anyone consulted our first nations spokespersons to ask them if they approve of the planned carnage? We can’t deny the story: We Caucasians invaded and oppressed then-existing Indigenous culture, snatched children from their families to be physically and sexually abused by cruel and sacrilegious church staff. and tried to erase their languages â€‹â€‹and their culture.

Yet the museum’s exhibits accurately represent what the world was like at the time it claims to represent.

Addition is always better than subtraction: rather than trying to erase the way the world was at that time, we should, in cooperation with our indigenous peoples, create new exhibits that clearly portray the damage we, the Caucasians, have inflicted on our native brothers and sisters, in order to right the wrongs which result from it.

I hope that we Caucasians, as immigrants and conquerors, will not choose to ape Winston Smith of Orwell, who worked at the “Ministry of Truth” to revise the history books to conform to Big Brother’s perverted worldview.

Engage the public before global change

The Royal British Columbia Museum and Archives is one of the largest museums in the world.

As a professional museum consultant with a background in strategic impact and audience research, I cannot think of any other museum that offers immersive experiences of such quality and depth that have stood the test of time. and continue to engage and captivate visitors of all ages.

This does not exclude change and the RBCM is to be commended for its willingness to address current issues of representation and decolonization.

However, the museum is a public institution owned by the people of British Columbia whose taxes pay for its continued presence and maintenance. Decide on the complete dismantling of human history galleries before wide public consultation, in the absence of the research necessary to support the change and without a clear timeline and redevelopment plan (as outlined in the Times Colonist December 19) is neither good management nor good governance.

RBCM is a provincial institution and the people and government of British Columbia can insist that public consultation, research and a roadmap for change be in place before existing galleries are dismantled and artifacts are disbursed.

Change that involves and is negotiated with, rather than forced upon, the public is more likely to receive support and reflect the multiple perspectives RBCM claims to seek.

Richardson is busier, but not with the bikes

Interesting to see how people started driving again on Richardson Street, moving from downtown to Fairfield, Gonzales and Oak Bay.

I was stopped heading south on Foul Bay at the corner of Richardson and there was a three car line to enter Foul Bay from the west. A car rushed towards McNeill. Is it really illegal to drive on Richardson?

The idiocy of proclaiming Richardson a cycle path is becoming clearer with each passing day. Stifling traffic is the result on Fairfield and Fort with very rare bicycle use on Richardson.

SEND US YOUR LETTERS

â€¢ Submissions should not exceed 250 words; subject to editing for length and clarity. Provide your contact details; it will not be published. Avoid sending your letter as an email attachment.

Alkaloid Skopje: Interview of the CEO / Chairman of the Management Board of Alkaloid AD Skopje for the Serbian magazine “Magazin Biznis”