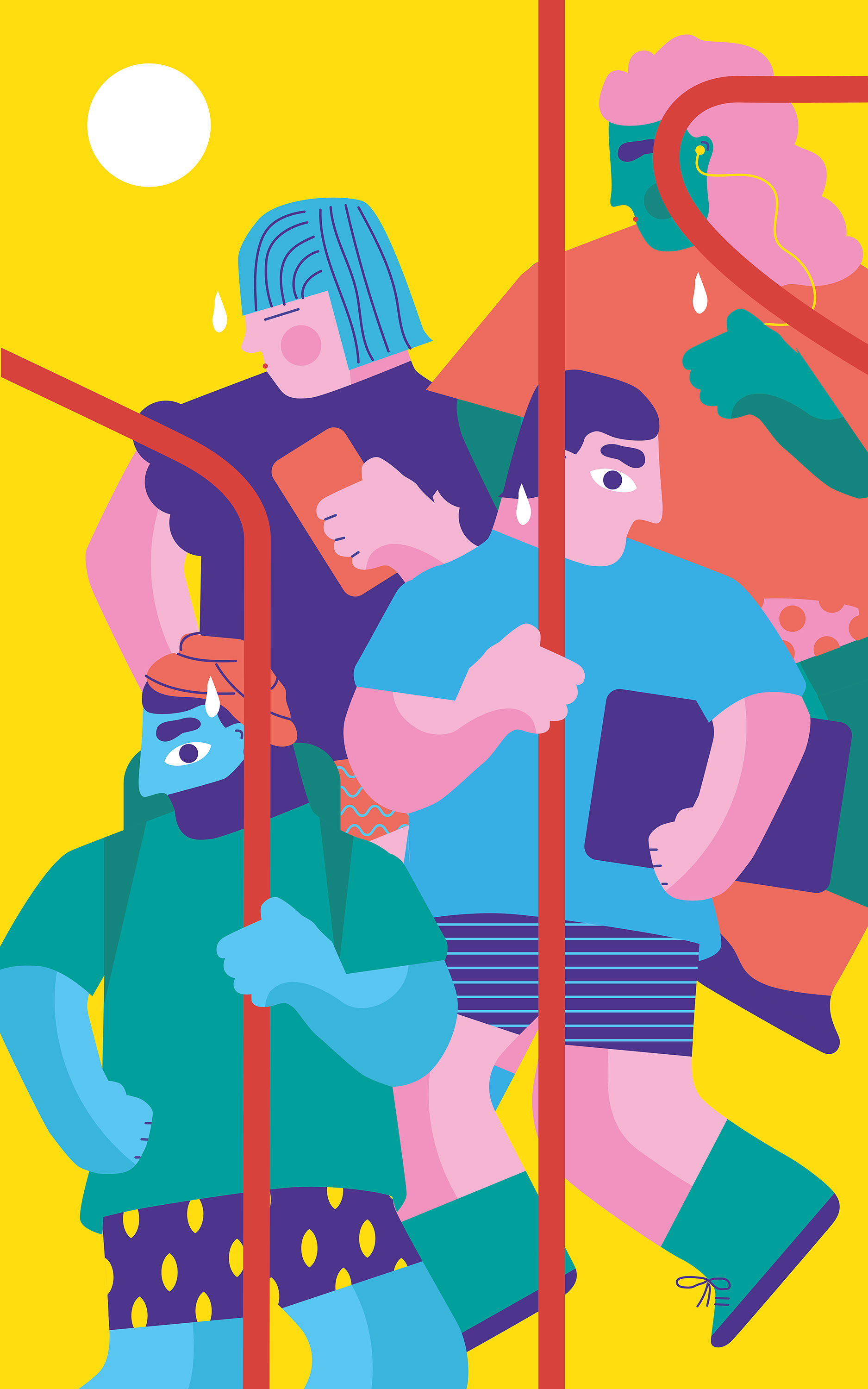 Update February 10, 2019: Three of the four 2019 Illustration Poster Prize winners have been announced.

The Gold Prize goes to Eliza Southwood, because London is the Place for Me, a representation of the Windrush Generation arriving in the UK. Southwood will receive a prize of Â£ 2,000 and his illustration will be transformed into a poster that will appear in the London Underground.

The Silver Prize goes to Anna Steinberg for The Cokeney, an image of a rooster sitting on an egg-shaped card, while the Bronze Prize goes to artist Mobb for The Faceless Woman, an illustration by an expressionless woman sitting on the platform of a metro station at night. They receive Â£ 1,000 and Â£ 750 respectively.

The fourth winner, to be determined by public vote, will be announced in June. Scroll down to see the winning Gold, Silver, and Bronze entries.

An exhibition of 100 illustrations celebrating the capital of the United Kingdom will open at the London Transport Museum (LTM), as part of a competition organized with the Association of Illustrators (AoI).

The Poster Prize for Illustration has been in existence since 2009 and takes place every 18 months. The result of a collaboration between the LTM and AoI, it aims to celebrate ‘the best in professional illustration’ from the UK and abroad, says Michael Walton, poster curator at Transport for London ( TfL) and member of this year’s jury.

This year’s competition dossier is ‘London Stories’, and AoI has invited illustrators from the UK and around the world to produce any size artwork related to this theme. It could be anything from people, places, transportation and the environment to topical issues such as diversity, multiculturalism and the Windrush generation.

â€œThe brief is always quite open because we don’t want to restrict the illustrators – we want to give them as much variation as possible,â€ says Sau-Fun Mo, design manager at LTM, which manages the exhibition space. â€œWe still connect it to London one way or another. This year, it’s about people’s interpretations of the capital’s stories, whether personal, or from a commuter’s or tourist’s perspective. “

The AoI received 2,000 entries for this year’s competition, which the organization narrowed down to 200. These were then cut in half by the competition jury, which includes illustrators, advertising agencies, Art buyers, artists, designers, journalists and curators from TfL, leaving 100 shortlisted entries to show in the exhibition.

They vary in size with the majority being A2 and A1 while some are smaller and larger. Mediums used include digital prints, watercolor paints, colored pencils, acrylic pens, graphite, ink, and lino-cut.

Prizes are being offered to four illustrators, including the top winner, who will receive Â£ 2,000 and whose illustration will be displayed in the London Underground in poster form. The silver and bronze prizes are Â£ 1,000 and Â£ 750, while a new fourth prize will be awarded this year, chosen by public vote.

Visitors to the exhibition will be able to choose their favorite illustration on a digital screen. The winning illustrator will have his poster displayed in the LTM’s permanent collection.

While Mo says the illustration file is intentionally “open,” she saw the trends in this year’s entries, which include many using “bright and vibrant” colors and a bird’s-eye perspective. Many also focus on people and multiculturalism, as well as architectural designs.

‘Abstract’ or surreal interpretations of London include a bus flying over Tower Bridge and a huge mutant pig living in London’s sewers, while a more direct view is an illustration of crisps wrapped in newspaper.

â€œSome of the entries really explore the artist’s imagination,â€ she says. â€œSome visitors could interpret it in hundreds of ways. What we were looking for was a unique perspective on the city and that element of surprise.

As for the exhibition space, the exhibition will be presented in the Exterion Media Gallery of the museum on two floors, which are â€œlong and linear spacesâ€, explains Mo. She adds that the space is divided by walls and “islands”, which aim to make the gallery more “intimate”.

â€œWe have interior walls in the gallery spaces, which allow visitors to sneak in and out, to build in that privacy,â€ she says. â€œThe end of the gallery space upstairs and downstairs has been left open enough, so that visitors can access it from both levels. “

Mo says the illustrations haven’t been grouped by theme or medium because she wants visitors to see an eclectic range of artwork as they move through the space.

â€œWe want people to have a good flow of different styles, colors, textures and content, so that they get great variation and wide dissemination,â€ she says.

She adds that the design of the space has been kept to a minimum, to allow the rooms themselves to take center stage. â€œI didn’t intentionally overcrowd it with additional graphics, so that visitors would only focus on the beautiful works of art,â€ she says. â€œIt’s all in the illustration.

The Poster Prize for Illustration exhibition runs from February 8 to July 14, 2019 at the Exterion Media Gallery, London Transport Museum, Covent Garden Piazza, London WC2E 7BB. Entrance is included in the price of general admission to the museum, which is Â£ 17.50 for adults and Â£ 15 for concessions.

A series of lectures will accompany the exhibition. For more information, head here.

All images are courtesy of the London Transport Museum.