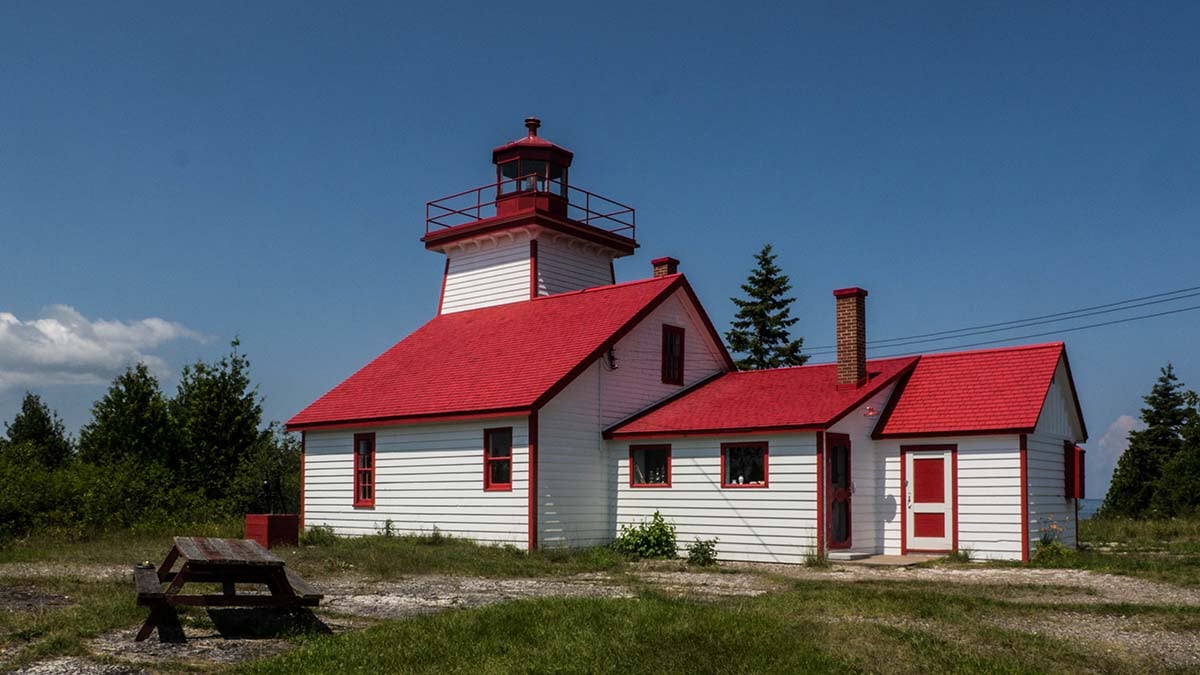 MELDRUM BAY—The Mississagi Lighthouse and Campground will remain closed this summer, for a third season, pending major work on the building and someone to take it over. Because of all of this, members of the public are not allowed access to the property.

“What’s happening is the place is in such a state of disrepair that we can’t let people in,” said Destination Manitoulin Island (DMI) board member Derek Stephens. last week. “Until we find a group to take it over, it will remain closed.”

“It needs major repairs,” Mr Stephens said. “COVID hasn’t helped. Until someone takes it back and the repairs are done, not much will happen,” he said, noting, “I wouldn’t put a dollar figure on the cost it would take to make the repairs.

Mr Stephens explained: “I visited the lighthouse about a year ago and it is beautiful. However, it’s the infrastructure around it that isn’t,” Stephens said, noting, “I actually hold the building lease for DMI. Everything is on hold until COVID is gone and the job is done. It’s dilapidated. »

Jarred Noble, plant manager of Lafarge/Holcim, which owns the road that provides access through their property to the lighthouse and campground, told The Expositor: “Basically it’s up to DFO (Department of Fisheries et des Océans) and is leased by DMI. We have no control over the opening of the buildings and the campsite.

Mr Noble said that “some of the people who have been on the property have been arrested more than once”, noting that “it is a matter of responsibility for us. We do our best to keep access to property closed. It must remain closed if no one is operating the facilities.

Mr Nelson told The Expositor he had spoken to a member of the DMI board, “and I told them they needed to confirm that the lighthouse and campground were closed and issue a statement of press to inform the general public. If you go to the DMI website, there is no explanation that this is the case. This is the third season it has been closed since the pandemic hit.

“I heard that Lafarge had to escort people off the property,” Nelson continued. “I begged DMI to release some kind of statement to let people know what’s going on, but they’re not responding to any of my messages anymore,” Nelson continued. “They initially responded to my requests, but for a long time they were silent.”

Mr Stephens told The Expositor that the lighthouse site is still owned by DFO. “There are grants (for the necessary repair work to be done) and we (DMI) have applied for them, but we haven’t heard a response yet.”

“Right now it’s all about hurrying and waiting,” Mr Stephens said. “This is the third year that the lighthouse and campground have been closed. “Last year I was there for a tour of the facility with a few members of the Board of Directors (DMI). audience come in. There was a band from Silver Water that indicated they would like to cover it, but I don’t know where the talks are at on that.