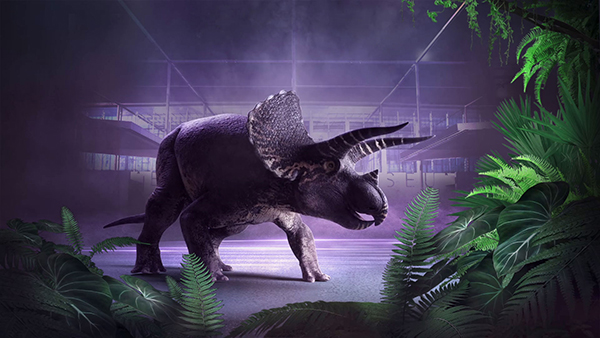 Opening on 12and In March, the Melbourne Museum’s new immersive attraction – Triceratops: The Fate of the Dinosaurs – will feature one of the most complete Triceratops fossils in the world, giving the public the opportunity to come face-to-face with the fossil of 1 000 kg 67 million years old.

Discovered in 2014 in Montana, USA, Horridus was recovered from under 3.5 meters of sandstone. Since arriving in Melbourne in 2021, a team of paleontologists, curators and collections managers from Museums Victoria have been working to prepare the fossil for display.

Measuring six to seven meters from tip to tail and standing over two meters tall, the fossil – named Horridus after the species of Triceratops to which it belongs – is larger than an adult African elephant.

Horridus is one of the most important paleontological discoveries in the world. At 266 bones, it is the best preserved Triceratops skeleton in the world and the most complete real dinosaur skeleton in any Australian museum.

Chief Executive and Director of Museums Victoria, Lynley Crosswell, says: “It is not uncommon for museums to collect dinosaur fossils. It is however exceptional for a museum to have a specimen of the quality and significance of this fossil, we look forward to the public experiencing Horridus.

The Melbourne Museum’s immersive exhibition takes visitors on a journey through time to explore the landscape and complex ecosystems it once housed during the Cretaceous period.

The exhibit showcases the environments where the Triceratops roamed, the creatures Horridus experienced, and what became of the Cretaceous survivors. Dinosaur fans will also learn about the process of fossilization and how paleontology helps us understand vast stretches of time.

In addition to the captivating exhibit, the acquisition of Horridus positions Victoria as a leader in paleontological science, providing economic and educational benefits beyond the exhibit.

Victorian Creative Industries Minister Danny Pearson notes that “Horridus and its incredible story will be a huge drawcard for the Melbourne museum, inspiring wonder, curiosity and delight in dinosaur fans of all ages for generations. future.

“The museum is constantly changing and that’s one of the reasons why Victorians love it so much. We are proud to offer an awe-inspiring attraction that will be a crowd pleaser and lead to a new understanding of our natural history.

This exhibition is part of a $36.2 million investment provided by the Victorian Government in the Victorian Budget 2021-22 to support the creation of new immersive family experiences at the Melbourne Museum, including Triceratops: Fate of the Dinosaurs.

For tickets and more information on Triceratops: Fate of the Dinosaurs, visit melbournemuseumtriceratops.com.

December 3, 2018 – Melbourne’s largest solar panel will be installed at the Melbourne Museum

July 18, 2018 – Key objects announced for the world premiere of the Nelson Mandela exhibition at the Melbourne Museum

June 26, 2017 – Magic Memories will provide a personalized imaging experience at the Melbourne Museum

December 19, 2015 – The Melbourne Museum to host the world premiere of ‘Jurassic World: The Exhibition’

July 18, 2014 – Record number of educational visitors to the Melbourne Museum

April 10, 2011 – Opening of the Tutankhamun exhibition at the Melbourne Museum

April 1, 2018 – The NGV Triennale breaks records with one million visitors

Support our industry news service
We hope you enjoy the news we post, so while you’re here can we ask for your support?

As an independent publisher, we need reader support for our industry intelligence gathering, so ask – if you’re not already – to support us by subscribing to the print version. Australasian Leisure Management magazine and/or our online news.