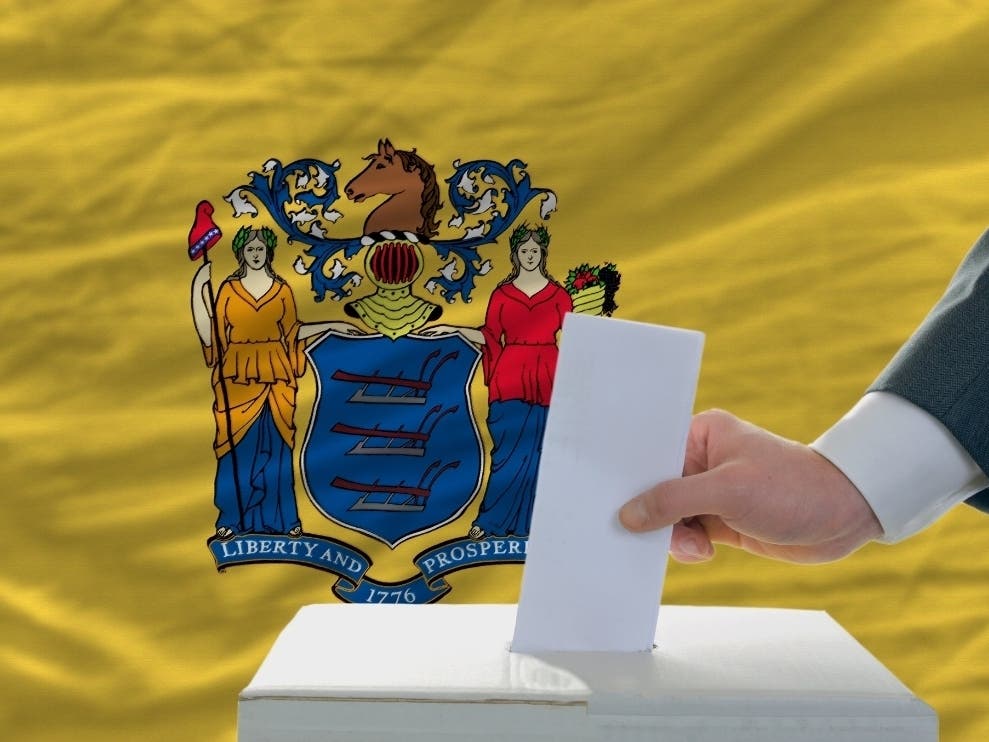 NEW JERSEY — If you had 500 words to convince New Jersey residents why they should vote for you as governor, what would you say?

According to the commission:

Find out what’s happening in Montclair with free, real-time updates from Patch.

“Under the law, gubernatorial candidates in the November 2 general election can post statements up to 500 words about their candidacies to guide voters. The statements are available in English, Spanish, Korean and Gujarati.”

Find out what’s happening in Montclair with free, real-time updates from Patch.

In New Jersey, we’re used to doing big things and facing the challenges that come our way. There’s no question that the last year has tested us in ways we never imagined. Our next big challenge is where we go from here.

The answer is to do what we do best — move forward. I know that together, we can build a stronger and fairer New Jersey that works for every family.

We have accomplished so much over the past three and a half years.

We raised the minimum wage so that working families don’t have to choose between keeping a roof over their heads or putting food on the table.

We made sure millionaires pay their fair share in taxes so the middle class gets a break.

We expanded pre-K, made historic investments in schools, and launched tuition-free community college to ensure that every child has access to the education they need for a lifetime of success.

We reduced the cost of health care, and we expanded paid family leave — workers can now take time off to care for a loved one in their time of need.

We restored funding for Planned Parenthood to protect women’s health and reproductive rights after eight years of willful neglect by the previous administration.

We took bold steps to address environmental injustice. We put New Jersey on a path to replace every lead service line in the state over the next ten years, ensuring all New Jerseyans have safe and clean drinking water.

We made New Jersey a model of pandemic response by investing hundreds of millions in small businesses, providing assistance for renters, homeowners, and landlords, and closing the digital divide for 231,000 students. We are a national leader in vaccination, and we know that public health creates economic health.

We put a new emphasis on restoring New Jersey’s dominance in the innovation economy by reinvesting in job training and supporting clean energy jobs, preparing our workforce for the future while protecting our environment and combating climate change.

We’ve done exactly what we said we would do from day one: fight to make New Jersey stronger and fairer for everyone.

Growing up in a working-class family, my parents instilled in me the value of public service and the importance of giving back. Their beliefs in working hard, having your neighbor’s back, and that we all do better when each of us does better guide me. But the main lesson I took away is how action and working together can change people’s lives for the better.

That’s why I decided to run for Governor, and why I’m running again. Our work isn’t finished — and we can’t go back to when New Jersey only worked for the wealthy and well-connected. We need to combat longstanding disparities that this pandemic has laid bare and ensure a strong, equitable recovery for everyone.

I hope to earn your vote so that we can move forward together and keep building on that progress.

Today, New Jersey is #1 in all the WRONG things.

In fact, the average New Jersey resident pays nearly $1 million in taxes over the course of their lifetime. No other state is even close.

Governor Murphy’s response to this mess was to arrogantly tell people that: “If tax rate is your issue…we’re probably not your state.”

Not your state? Who says that?! I will tell you who – an out-of-touch Wall Street banker from Goldman Sachs who doesn’t get It and is too rich to care.

Unlike Phil Murphy, I was born and raised in New Jersey. Went to school here; earned my undergraduate degree and MBA from Seton Hall University; became a CPA; and built two successful Main Street businesses. Best of all, my wife Melinda and I raised our four children here, spending our summers down the Jersey Shore.

Now, I’m running to be your Governor with a plan to make New Jersey more affordable so that young people can get started here and retirees can afford to stay. My plan will make New Jersey attractive to business and entrepreneurs again, helping to create jobs and make us economically competitive with our neighbors. Last, but not least, I will proudly defend – NOT defund – our police while always standing with our brave men and women in law enforcement who put their lives on the line each day to keep us safe.

When you cast your vote this year, ask yourself one question: Are you better off after four years of Phil Murphy’s extreme policies?

New Jersey, we can do better. When I’m Governor, we will.

The overly burdensome government of New Jersey, from the Governor’s executive order power grab and its numerous and onerous departments, makes life in the Garden State unnecessarily oppressive. Nothing has been done in decades to reduce the massive tax burden on the citizens of this great state. We’ve tried with candidates from the two major parties. They are owned by special interests. Moreover, Ms. Brownstein asserts that the lockdown-style executive orders can be abused and are destined to leave minorities and the voiceless without a way to be heard. There is only one party and one slate for Governor and Lt. Governor, this November, that will be un-hypocritical in protecting the rights of women, minorities and the unheard in this state. Only one ticket is committed to reducing the tax burdens that drive young families and retirees out of the state, while maintaining a functioning executive office.

The New Jersey Libertarian Party is the third largest political party in New Jersey. It is the only party that calls for the reduction in the size of government and in government spending and an end to the war on drugs. If you’re tired of not being heard by your state legislators and executive office and tired of carrying the yoke of an ever-increasing state budget and a constant grab of funds from your paycheck, vote Mele/Brownstein.

HEALTH CARE: Tweaking the Affordable Care Act is not a solution to this state’s and this country’s health care crisis. As Governor, I will advocate for a single-payer, improved and expanded Medicare for All. Recent experience during the pandemic showed how seriously flawed our healthcare system is when 14 million people nation-wide lost their health insurance coverage when they lost their jobs. No one should have to worry about being treated for whatever ailment they have, be it COVID-19, cancer, hypertension, diabetes and more. No one should have to worry that they can’t afford the medications or treatments needed to keep their illnesses at bay.

SOCIAL JUSTICE: The legalization of cannabis was supposed to help address decades of discrimination through restorative justice, but has failed. No Black, Brown or women-owned companies have been granted licenses as dispensaries or cultivators. Instead, NJ favors a Canadian company. We need permission to home-grow in New Jersey and automatic expungement of possession violations. We need reparations and a defunding and demilitarization of the police. ICE needs to be abolished and current contracts ended now.

EDUCATION: We need to reverse the trend toward charter schools and concentrate on improving public schools. We must keep remote learning an option during these uncertain times, continue to teach Critical Race Theory and restructure funding for education. Let’s make college tuition-free and forgive student loan debt.

Joanne Kuniansky is a union fighter who has worked in oil refineries, railroads, meat packing. She currently is a Walmart deli worker.

The Socialist Workers Party builds solidarity with todays’ labor battles, from striking Alabama coalminers to Nabisco workers. Workers face defending themselves from bosses demanding we give up hard won gains. Kuniansky travelled to Alabama to join a miners’ support rally and got messages of support and contributions from her co-workers to their strike fund.

Unions must lead workers to get vaccinated and get back to work, putting us in the best position to fight bosses’ attacks and build solidarity with union struggles, fights against cop brutality.

With millions unemployed and rising inflation, unions need to fight for a federally funded public works program to put millions to work at union-scale wages building hospitals, schools, housing that workers need. Shorten the workweek with no cut in pay to stop layoffs! Cost-of-living clauses in every contract that raise pay and retirement benefits to offset every price rise!

Workers must break from the bosses’ Democratic and Republican parties and build a political party of our own, a labor party, based on our unions. The SWP aims to be part of building the leadership we need to unify all those exploited by the capitalist class and replace their rule with a workers and farmers government.

Deaths in the wake of Hurricane Ida are an indictment of capitalist rule and all the parties that defend it. Workers were swept away in their cars, drowned in basement apartments. Thousands left to fend for themselves, homeless and without power. The deadly lack of preparedness and belated government response turned a “natural” disaster into a social catastrophe.

The government in Cuba organizes workers and farmers to confront these deadly forces of nature with minimal loss of life. That is only possible because workers and farmers were organized by their communist leadership to make a socialist revolution – to take political power into their own hands and take control of the factories, land and banks from the capitalists, transforming themselves in the process. My campaign points to the necessity of working people in the U.S. emulating that example and building a party here that can lead millions to make a socialist revolution.

Along that road working people need to fight for the right of women to family planning, including safe and secure birth control and abortion, essential for winning women’s emancipation. Protest ongoing attacks on the right to choose abortion.

The working class needs our own foreign policy, we share common class interests with working people worldwide. We oppose all Washington’s wars and demand an immediate end to its embargo of Cuba and the sanctions it inflicts on the peoples of Iran, Venezuela and North Korea.

The SWP calls for unconditional recognition of Israel as a refuge for Jews. We urge unions to protest Jew hatred – a deadly danger to advancing the class interests and solidarity of all workers and toiling farmers.

Sign up for Patch email newsletters. Learn more about posting announcements or events to your local Patch site.