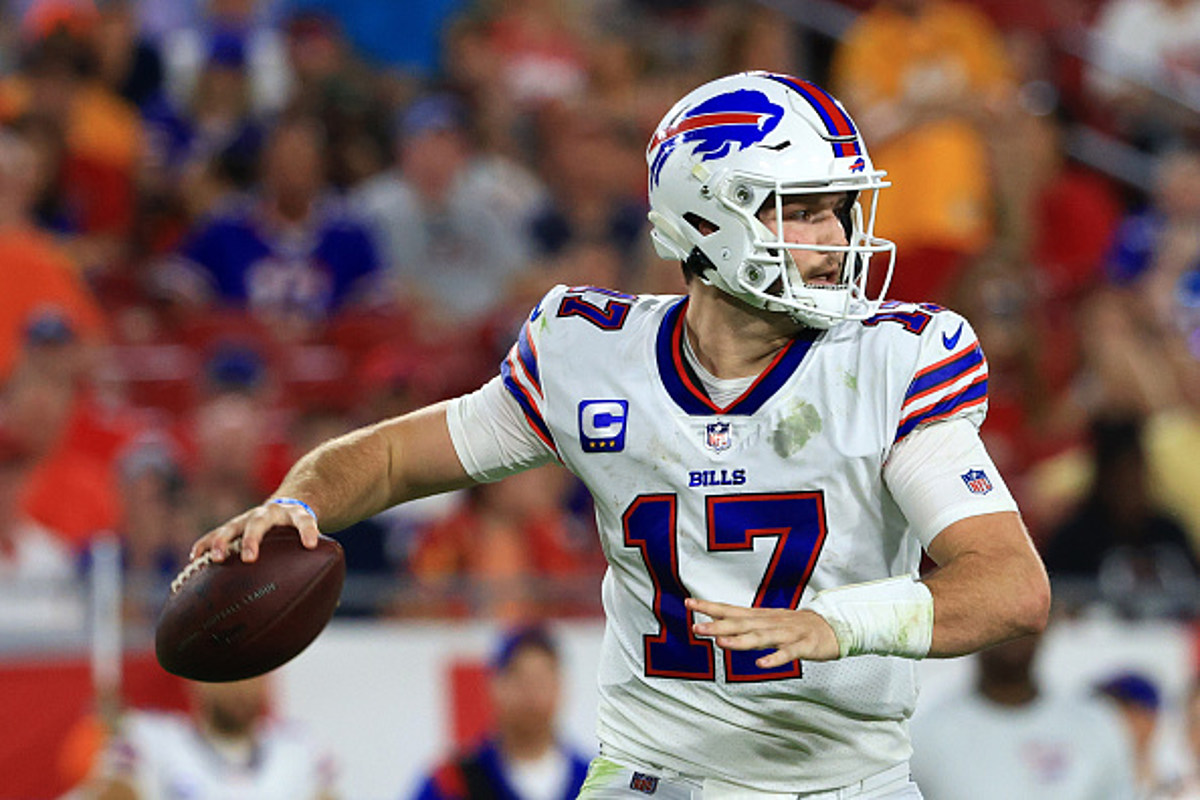 Open letter to Josh Allen on behalf of Buffalo

I grew up watching the Buffalo Bills in the 2000s. I think my first full season as a Bills fan was the 2000 season. That was the season after the Music City Miracle Wild Card playoff game, that of many Buffalonians call it “Home Run Throwback”.

The 2000 season was when the infamous 17-year playoff drought began for the Bills, and it ended up meaning people my age knew nothing but losing football their entire lives. My first vivid memory of the Bills was the Wild Card game in Nashville.

In those 17 years, the Bills had a dozen starting quarterbacks over those years, with some players causing huge disappointment among fans.

There was a point where I wasn’t even sure the Bills would be any good again – like in a weird way it was my fault, as soon as I started watching the team, the drought has begun.

I also loved college football and remember watching potential NFL quarterback deals and in the fall of 2016 I saw the highlights of this kid named Josh Allen from the University of Wyoming.

I was in awe of what you could do on the football field. In the discussion about the strongest arm I’ve ever seen. Ridiculous athletic ability for someone your size. The kind of arm skill and athleticism that only John Elway could match. Sure, the same old things we’ve heard about before were reasonable concerns (completion percentage, decision making, mechanics), but coaching and patience could fix all of that.

I remember joking with my friends during the 2017 NFL and college football season, “Boy, wouldn’t it be something if the Bills actually signed this kid in the first round? My quarterback hope favorite I’ve ever seen coming to my team?” “

That was still a long way off because so many teams need a quarterback and it turns out the Bills broke the playoff drought in 2017 and didn’t have a top-10 pick. at the draft, what everyone thought it would take to hook you or any other high-end QB prospect in this class.

But the Bills maneuvered enough thanks to the work of general manager Brandon Beane, to climb to number 7 in the 2018 draft and the guy I dreamed of coming to the Bills, actually got drafted by Buffalo.

What I mean is that there are literally hundreds of thousands of Bills fans, not just in western New York, but across the country and in North America, who have waited over 20 years for a quarterback to come with the physical traits and play in the field to back it up.

What happened at the end of the AFC Divisional Round against the Kansas City Chiefs sucked. There’s no other way around the cold hard truth – this game will forever haunt players and fans for years to come, or at least when the Bills win the Super Bowl.

I can’t imagine how you felt then and how you still feel now. No quarterback in NFL playoff history has had a better two-game streak than you. Nearly 800 yards in total; 9 touchdown passes; 0 turnover; more than 150 yards on the ground; 149.0 passer rating. Literally played perfectly and as tight as a quarterback could be on the biggest stage with everyone watching.

Keep playing like this. The skill set is natural, but what you have meant to Bills fans and this community cannot be put into words. There are no words or phrases strong enough to specify how much you mean to Buffalo and this fanbase.

The Super Bowl is the ultimate prize and it will always be the go-to goal for the rest of your career. But what you’ve been through since graduating from Firebaugh High School, having to go to JUCO college, only getting one scholarship offer, going through a program like Wyoming in the Mountain West Conference and making them winners, proving that so many wrong skeptics out there — people who get paid to do analysis — to take a team that missed the playoffs 17 of 18 and get them to the playoffs three straight seasons with back-to-back division titles.

Never forget the joy and happiness you bring to so many people, because you are simply who you are. The Bills will always be contenders while you’re here at quarterback.

I think I speak on behalf of all Bills fans when I say you play once in a generation and we appreciate you playing for the Buffalo Bills.

I’m a big believer in fate and it was fate that landed Josh Allen in Buffalo to lead the Bills.

11 Photos of Why We Love Josh Allen

Did these free agents last play as Bills?

The last time the Bills won the AFC East at home

WATCH: Things from the year you were born that no longer exist

Iconic (and sometimes silly) toys, tech, and electronics have been usurped since their grand entrance, either through technological advancements or common-sense breakthroughs. See how many things on this list trigger childhood memories – and which ones were there and gone so fast you completely missed them.

WATCH: 50 famous memes and what they mean

With the endless number of memes scattered across the internet, it’s hard to keep track. Just when you grasped the meaning of a hilarious meme, it has already become old news and been replaced by something equally enigmatic. Online forums like Tumblr, Twitter, 4chan, and Reddit are responsible for the majority of meme infections, and with constant posting and sharing, finding the source of an original meme is easier said than done. Stacker searched internet resources, pop culture publications and databases such as know your meme to find 50 different memes and what they mean. While the almost self-replicating nature of these vague symbols can become exhausting, memes at their core can also bring people together, as long as they have access to the internet.

50 Most Popular Restaurant Chains in America

YouGov surveyed the country’s most popular restaurant brands, and Stacker compiled the list to give readers context for the findings. Read on to browse the wide and varied variety of American restaurants. You might even find a favorite or two.

WATCH: Here are the pets banned in each state

Since the regulation of exotic pets is left to the states, some organizations, including the Humane Society of the United States, are advocating for standardized federal legislation that would prohibit the ownership of large cats, bears, primates, and large poisonous snakes as pets.

Read on to see which pets are banned in your home country, as well as nationwide.

Is the breed of your trusty pup on the list? Read on to see if you’ll be bragging to the neighbors about your dog’s intellectual prowess the next time you walk your fur baby. Don’t worry: Even if your dog’s breed isn’t on the list, it doesn’t mean he’s not a good boy – some traits just can’t be measured.

WATCH: What major laws were passed in the year you were born?

The data in this list was acquired from reliable online sources and media. Read on to find out which major law was passed the year you were born and find out its name, vote count (if any), and its impact and significance.

WATCH: This is the richest city in every state

Just saying the names of these cities immediately conjures up images of grand mansions, fancy cars and fancy restaurants. Read on to see which city in your home state won the title of richest place and which place had the highest median income in the country. Who knows, your hometown might even be on this list.

Inside Amazon: A Detailed History of America’s Largest Online Retailer

Stacker has compiled a list of key moments in Amazon’s history and current operations from a variety of sources. Here’s a look at the events that transformed an online bookstore into a global conglomerate and a self-made entrepreneur into the world’s second richest man.