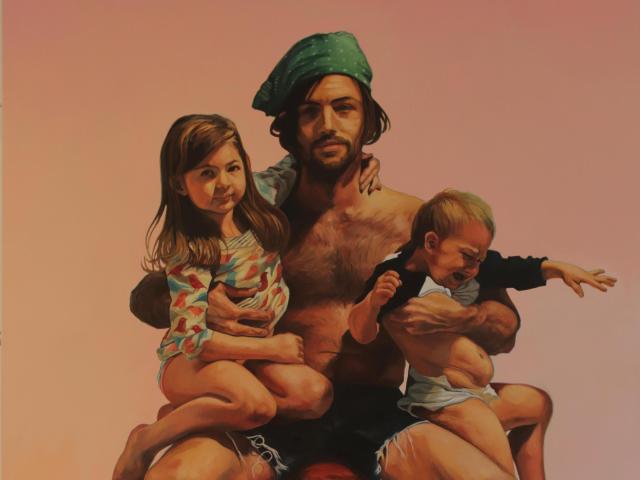 Out and About WRAL.com

By David Menconi, Out and About Contributor

Raleigh, North Carolina — “Scott Avett: INVISIBLE” from October 12 to February 2 in the East Building of the North Carolina Museum of Art in Raleigh. While suitable for all ages, some of the art in the show includes nudity.

To prepare for his very first museum exhibit at the North Carolina Museum of Art, Scott Avett had to pack supplies from his home in Concord to take to Raleigh. And as soon as he walked into his studio, Avett screenprinted while he was there because that’s what he does – making things, whether it’s songs or paintings, often unconsciously.

“I also recorded a song idea on the same day,” Avett said in an interview. “Nothing too concentrated, just something I did and put aside for later. I have thousands and thousands of fragments, some of them great ideas, but the ideas are a dime a dozen. The hardest part is following and making it happen, whether it’s paintings or songs.

Still, he did pretty well on both fronts. “Scott Avett: INVISIBLE” brings together over two decades of visual artifacts, many of which are oversized portraits of himself and his family, and all of the work is quite arresting.

And yet, Avett is best known as a singer and songwriter with the Avett Brothers, his band with younger brother Seth Avett. Since the early 2000s, the Avetts have evolved from a scruffy folk-punk trio to a majestic arena-rock big band. They regularly chart in the top 10 on Billboard’s album chart, and they’ve graced some of the biggest festival stages in the world.

Their last time they played at the Triangle was on New Years Eve 2017 at the PNC Arena. In a nod to the Avetts’ old club-sized roots (Raleigh’s Sadlack’s was one of their first venues), the show featured the trio of Scott, Seth and bassist Bob Crawford leaving the arena’s main stage to play two songs on a pop-up stage in the lobby.

While music is Scott’s primary career, in some ways it’s a less natural choice for him. He earned a bachelor’s degree in studio art from East Carolina University in 2000 and never stopped painting. In addition to the Avett Brothers album cover art, he also did the portrait cover for Brandi Carlile’s 2018 Grammy-winning album “By the Way I Forgive You”.

Another of Avett’s album covers is in the “INVISIBLE” show. The cover of the Avett Brothers’ 2009 “I and Love and You” album (their mainstream breakthrough and first gold record) is a dark, austere oil painting that seems to date back centuries.

“My goal with that one was to do a painting that you couldn’t place in time, like a Caravaggio from the 1600s,” Avett said. “I wanted you to not be able to tell when it was painted, like you could look at it a thousand years from now and not set it in 2008.”

the “INVISIBLE” The opening follows an intensive season of touring for the Avett Brothers, who were on the road most of the summer through fall to prepare for the release of their next album, “Closer Than Together.” (also scheduled for October). There will be a few scattered live dates this fall, including their traditional New Year’s Eve show in the state at Greensboro Coliseum. But above all, Avett hopes to recharge enough to revive creativity.

“Right now I couldn’t write a song if my life depended on it and it’s kind of impossible to imagine,” he said. “But I’m not concerned. Autumn and winter have always been prolific periods for me, source of a lot of creation. We’re actually ready to do the next album, even though it’s not even out yet, so here we go. It must be.

David Menconi was a music critic and arts reporter at the News & Observer in Raleigh for over 25 years. He has written for Rolling Stone, Spin, Billboard, New York Times and salon.com. His books include the 2012 biography Ryan Adams: Losering, A Story of Whiskeytown (University of Texas Press), and his next book will be a music history of North Carolina for UNC Press.