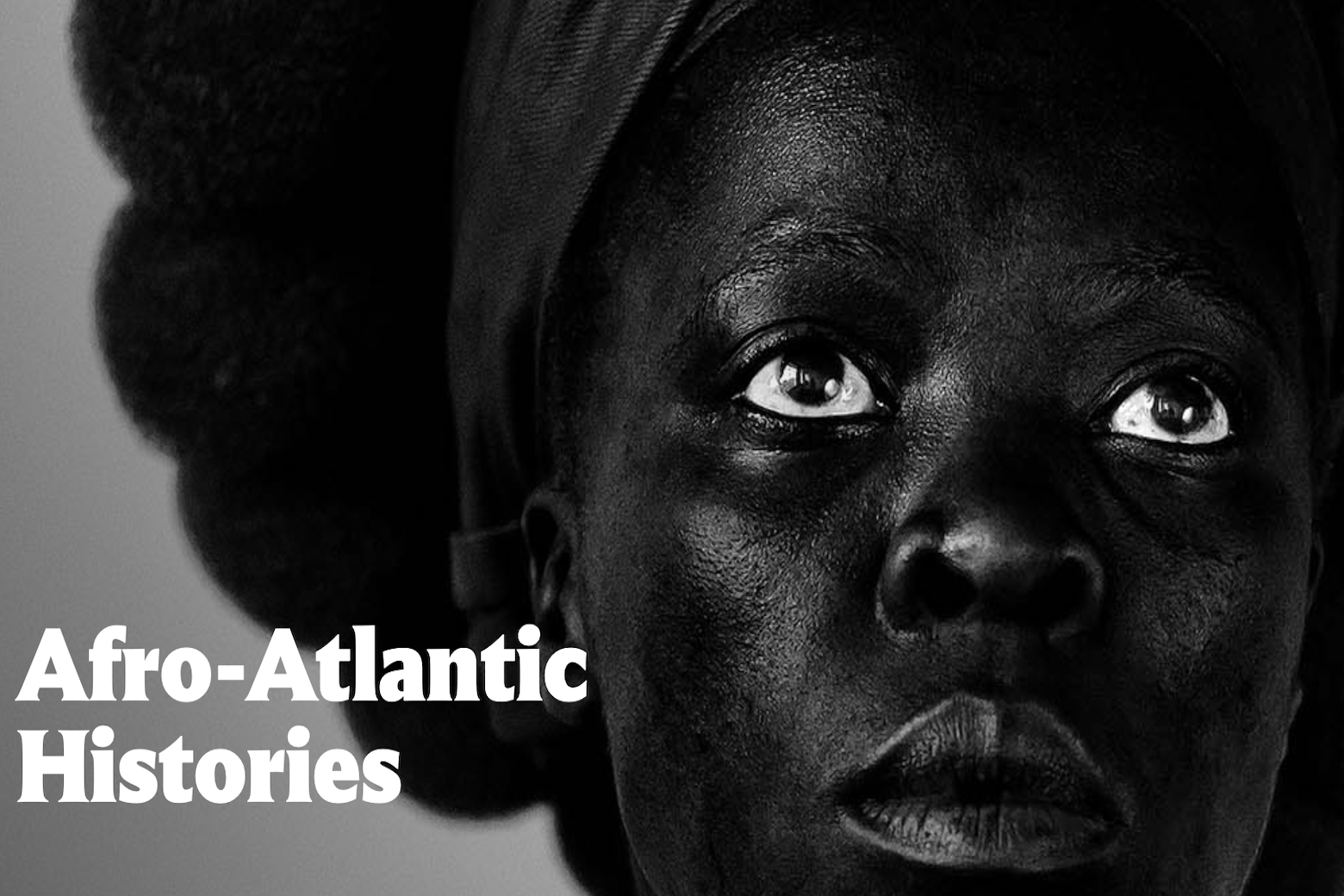 When was the last time you visited an art museum on the Mall? The National Gallery of Art presents “Afro-Atlantic Stories” until July 17.

When was the last time you visited an art museum on the National Mall?

The National Gallery of Art presents “Afro-Atlantic Stories” until July 17.

“Afro-Atlantic Stories is an exhibition that tells and retells the complex stories of the Afro-Atlantic Diaspora, the stories of forced migration from Africa through the transatlantic slave trade… how artists responded to these stories,” National Gallery of Art Dean of the Center for Advanced Study in the Visual Arts Steven Nelson told OMCP.

The exhibition is located on the ground floor of the West building in galleries 72 to 79.

“There are over 130 objects, including artists from over 20 countries, from the 17th century to the present day,” Nelson said. “The United States, Brazil, Haiti, South Africa, Ghana, people born in the Caribbean, people from all over the Americas. … Painting, sculpture, works on paper, installation and temporal art, so there is video.

These artworks include “Ntozahke II (Parktown)” by Zanele Muholi from 2016.

“This work is part of a larger series in which the artist portrays himself as different black heroes,” Nelson said. “They look at archetypal representations of heroism, usually occupied by white people, the Statue of Liberty, the image of Columbia…and put a black person in their place. This image, 12 feet high, takes on the appearance of the Statue of Liberty.

Another piece is “Current Forms: Yoruba Circle” by David Driskell from 1969.

“What is so fascinating about this work is that it shows us how the artist explores his relationship with the African continent,” Nelson said. “‘Yoruba Circle’ is a very good example [where] Africa becomes a source of manufacturing of a strong and proud Afro-American identity. The artist looked at Yoruba spirituality, Yoruba deities and Yoruba-made art objects.

“Fosso is a Nigerian-born artist,” Nelson said. “In his photos, which are always self-portraits, Fosso reinvents himself in different guises, many of which draw inspiration from American pop culture. Here what you see is a gender-non-specific image of the artist like what he would imagine as a very glamorous, career-oriented American woman of the 1970s.”

You also don’t want to miss Aaron Douglas’ “Into Bondage” from 1936.

“Aaron Douglas was one of the best-known artists of the Harlem Renaissance,” Nelson said. “This image [is] one of his Afro-Deco works, a modernist vision of black people forcibly expelled from Africa and sent across the Atlantic through the Middle Passage. You have a number that looks at what could be interpreted as the pole star.

The works are not arranged chronologically, but rather thematically.

“You’ll see historic objects placed next to contemporary works, a juxtaposition so we start to see conversations (A) across time and (B) across geography,” Nelson said. “There is a corner where there is a 19th century photo of a slave… his back scarred during the Civil War, and on either side are two contemporary artists looking at this photo.”

April 30 brings the Festival of Afro-Atlantic Stories with live performances, a local art market, showcases of artistic creation and a cooking demonstration by Executive Chef Christopher Curtis. In May, Jason Moran, artistic advisor for jazz at the Kennedy Center, will perform based on Kara Walker’s work “Katastwóf Karavan” installed in the Sculpture Garden.

Listen to our full conversation here.