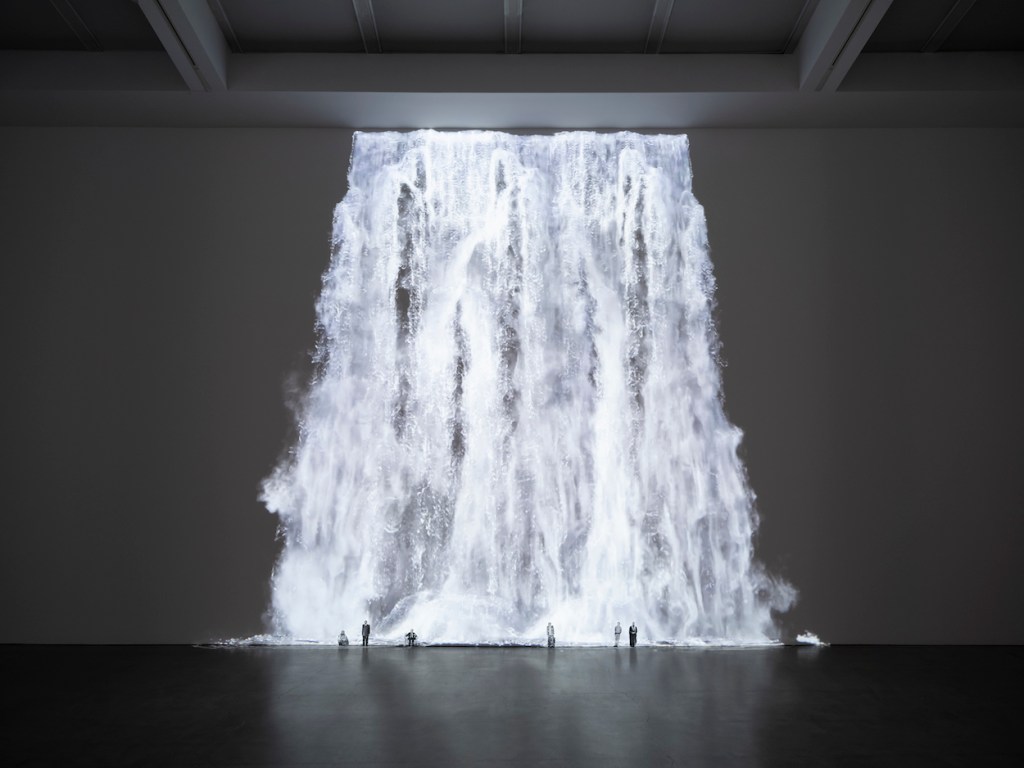 In an imaginary account of Lebanese historians flocking to the Beirut Hippodrome to bet on horse racing during the Civil War, Walid Raad’s recurring alter-egoic academic character, Dr. Fadl Fakhouri, annotates several images of horses at the finish line, recording “the distance of the race and the duration, the winning horse’s winning time, the calculations of averages, the initials of the historians with their respective stakes, [and] the time difference predicted by the winning historian. The suite of works, titled Notebook tome 72: The disappeared Lebanese wars (1989/1998), suggest that the indexing of historical events, whether an equine competition or a three-decade war, involves a jockey from various perspectives, their subsequent relevance being the product of skill as much as fate. Raad’s work often depicts history as a necessarily contested site: interrogating when, by whom, and for what purpose events become archives. His damning thesis is that these attempts at capture are futile and flawed, that they must be problematized, and that the alleged triumphs are in fact bitter in the most Lebanese way – full of educated guesswork.

Raad, who was born in Chbaniyeh, Lebanon, in 1967, doesn’t so much chronicle the Lebanese war as he goes beyond it, irreverently describing its outliers: the natural world, the infrastructural quirks, the tools. Most of his work is part of or related to “The Atlas Group”, a fictional archive he started in 1989 that includes photographs, videotapes, notebooks and mixed media. Atlas Group’s past projects have included I could die before I get a gun (1993/2002) – a compilation of highly tactile photographs allegedly taken by a Lebanese Communist during his service in the Lebanese Army’s “Ammunition and Explosives Division” – and Let’s be honest, the weather helped (1998/2006), an investigation of how the scars of war, in this case bullet and shrapnel scars, alter art form, here a set of relatively abstract compositions of color and of lines marking the places where buildings were hit by artillery. Much of his later work in “We’ve Never Been So Populated” at Paula Cooper in New York shares a sense of serious play. A set of photographs depicts stunning gold and silver cups apparently on display in a museum; another group of inkjet prints look like scrapbook pages with illustrations of birds and flora; and a group of larger images depict horizons as if painted on the backs of canvases, partially hidden by stretcher bars. Finally, three video installations of stunts figuratively bathe the paper cut-outs of international leaders.

This last category of individuals, architects of death and dislocation, appears frequently in Raad’s art. In this show, for example, Better (again) to look at the clouds_Hussein (1993/2021) depicts a wreath of flowers, many adorned with a picture of a double-chinned Saddam instead of a stigmata, on a cornflower blue background; Reagan similarly appears atop a weed vine on mustard, Mubarak on lavender, etc. The works are part of the de Raad series Better watch the clouds (2000/2015), which includes grayscale portraits placed atop shrubbery: Lebanese army general Michel Aoun is associated with the bladder clover, with its denticulated oval leaves, and the Falangist leader Pierre Gemayel appears in the sides of galatian bindweed, as if the vampiric capitalists were strangling the hillsides of Lebanon. Plants – labeled with printed Latin taxonomies and the sites where they grow – also serve a secondary purpose, diverting attention from those high-level alterers of the earth to the hardy things that, despite being trampled, persist in isolated places. of Lebanon long after. the human drama has been played out.

Raad also resumes his questions about “hysterical documents”, which he defines as “fantasies erected from the material of collective memories”, or works of art extrapolated from archive collections. In one example, Raad’s latest series of cartographic and graphic prints connects population trends of invasive bird species to maps of the political decimation of Lebanon since 1975; some important parties receive an ornithological representative. Raad’s imaginary artist, the supposedly paranoid author of the works, shows his hand most clearly when pointing at the Israelis Streptopelia decaocto– the Eurasian collared dove, one of the largest pest bird species in the world – and placing them next to a drawn map of military operations, littering the geography of Saida and Sur like excrement.

This interaction between humans and nature over historic time continues in the visually striking series of waterfalls, Comrade chef, comrade chef, what a pleasure to see you (2022). Looping videos give the illusion of cascading water fourteen feet high over tiny printed images of political figures leaning on the ground, the disorienting scale trivializing the figures.

Quickly zooming in on disasters with a playful sense of critique, Raad creates work that is both unstable and unsettling. Liberation becomes a question of scale: the defilement of the earth by the jostling of nationalisms manifests itself at the level of the leaf; the topographies of rivers and hills are pan-Arab reminders of what existed before Sykes-Picot. Speculate from a distance and you miss the essential stories of the land and the people. Look too closely and you miss there being one people for one land. Raad therefore suggests that we resist by taking back our power over the quasi-imperial forces of magnification and compression. In his Preface to the seventh edition (2012), Raad ostensibly finds some of his Atlas Group works shrunk to a hundredth of their normal size by a vengeful dealer, leading him to retaliate and build a micro-gallery to house them. It is art for the Arabs, examining how small we are in the face of obscuring powers and filled with subjective victories.