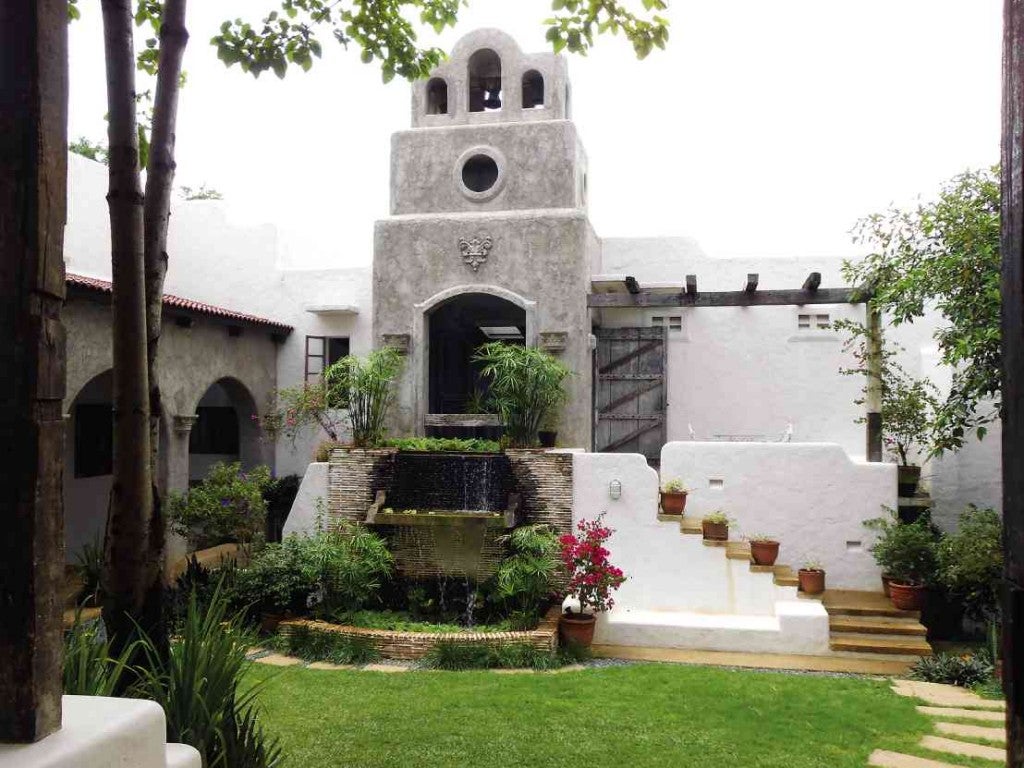 VISITORS can spend an entire afternoon wandering around the different buildings or just sitting by the different gardens to take in the view. PHOTOS BY MA. ESTHER SALCEDO-POSADAS

The Pinto Art Museum is built on a 1.2 hectare property consisting of six buildings.

IN MAY 2014, the museum attracted over a thousand visitors.

Museum director Mikey Blanco explains that the business didn’t start out big. Dr Cuanang first acquired a modest house and land in the 1970s, then opened the Pinto Gallery around 2000.

“Even though he’s on the sidelines, the doc still decided to go ahead because he was Saling Pusa’s boss.”

Saling Pusa was then a group of amateur artists mainly from Antipolo. According to Blanco, Dr Cuanang started promoting his works in the 90s by simply hanging them on a clothesline, known as Sampayan Art.

Blanco says: â€œHe called his friends just to see if they would be interested in supporting the artists. Sampayan’s first art exhibition was a success.

UVRE D’ART by Demetrio Dela Cruz entitled â€œHoly Cow! The fattened cow and the Louis Vuitton bag seem to allude to the excesses coming from such purchases.

Some of Saling Pusa’s artists eventually made a name for themselves, such as Elmer Borlongan, Jose Santos III, Tony Leano who designed the museum buildings, Jim Orencio, former director of the museum, Ferdie Montemayor and Pamela Yan Santos.

Blanco says that Dr Cuanang had a specific philosophy in mind when he started the gallery and, eventually, the museum. â€œHe invested his own personal wealth in the museum, not really for business or profit, but to fulfill a civic duty for the Filipino people.â€

He continues, â€œOne thing that the Philippines lacks is education and appreciation for art and culture. The mere fact that this private museum was open to the public already says a lot about the kind of person Dr. Cuanang is.

The museum is currently operating without any subsidy from the Philippine government and strives to remain self-sustaining.

As far as conservation is concerned, the works of art are not kept in air-conditioned buildings but are left to the natural elements. â€œWe recognize the problems caused by inclement weather. Since we have no plans to change the open-air structure, the future plan is to rotate the collection, â€Blanco said.

When asked why air conditioning wasn’t part of the plan, Blanco replies, â€œThat’s what the doc wants. It is a natural [loving] guy. He just wants everything to be natural. Blanco further cites an example that inside the museum visitors will find stones that have not been touched and have become part of the overall structure.

In a nutshell, Blanco sums up the museum’s overall mission: â€œPinto is first and foremost a museum, but also champions nature conservation, the education of the Filipino people and the opening of doors to talented artists.

The museum is located along Sierra Madre Street in the Grandheights Subdivision, in the town of Antipolo. It is open Tuesday to Sunday, 9 a.m. to 6 p.m. Admission is from P150 adults, P120 seniors and P75 students. For more details, call landline 697-1015 or send an email [emailÂ protected]