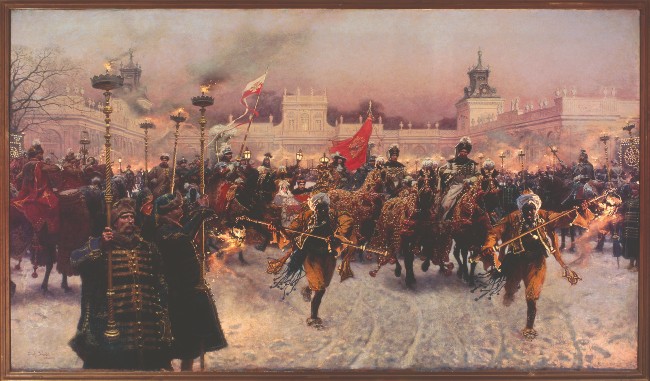 Poland at the Louvre-Lens Museum Art exhibitions in France

This year marks the centenary of the signing of the Franco-Polish convention of September 3, 1919, which led to a massive influx of Polish workers to France, particularly in the mining regions of the north. Between 1919 and 1928, more than 280,000 employment contracts were signed following this international agreement, made possible by Poland’s return to independence in 1918 after 123 years of partition. In commemoration, the Louvre-Lens Museum is organizing a major retrospective of 19th century Polish painting, organized jointly with the National Museum in Warsaw.

The exhibition “Poland 1840-1918. Painting the soul of a nation” will retrace this unique period in the history of Polish culture during which, despite the country’s division between Russia, the Austrian Empire and Prussia, artists developed a true identity. Polish – a sense of “Polishness”.

Polish history painters celebrated the glory of the past, reminding the world that Poland was a great country, with images filled with heroes, legendary figures and victorious battles, contributing to the development of a powerful collective imagination. In “The Departure of John III Sobieski and Mary Casimire, his wife” by Józef Brandt, we see the king and his wife taking a sleigh ride through a snowy landscape, with an impressive procession of horsemen, musicians, soldiers and hussars. The work is seen as a tribute to the monarch’s 200th birthday aimed at powerfully recalling the prestige of the court.

With major loans from Polish national museums and private collections, the exhibition presents how painters, drawing inspiration from national history, landscapes and peasantry, created images of Poland for Poles , as well as for the rest of the world.

Generous and evocative, their works are often at the forefront of European pictorial styles of the time.

In Los Angeles, the management of the contemporary art museum says yes to the union – No Profit News