As a photographer and curator, it is rare that an art exhibition makes me cry. But that’s exactly what happened with “Joshua Rashaad McFadden: I Believe I’ll Run On,” a retrospective photography exhibition at the George Eastman Museum.

The dark walls and subdued lights of the gallery space attracted me. At the entrance to the exhibition is a mirror with the words “BE REAL BLACK FOR ME”.

It’s also rare for an artist as young as Joshua Rashaad McFadden – he’s only 31 – to receive a retrospective so early in his career at a gallery like the George Eastman Museum, which tends to recognize artists with portfolios. more extensive. 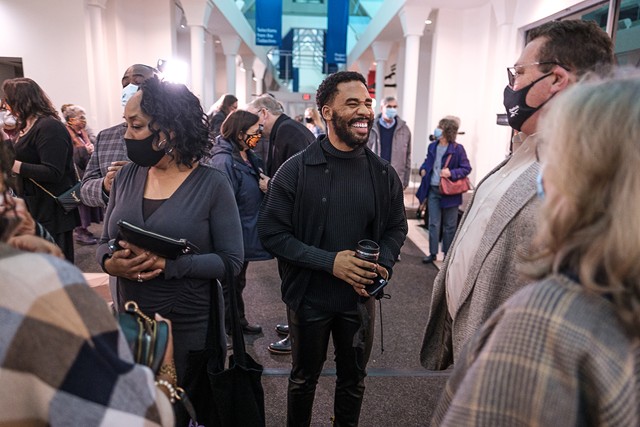 “Joshua Rashaad McFadden: I Believe I’ll Run On” is a stunning look at one of contemporary photography’s most provocative black artists, who also happens to be a native of Rochester. The exhibit is on view at the Eastman Museum until June 19.

I started following McFadden’s work during the 2020 social uprising in Rochester following the murder of Daniel Prude. I was obsessively refreshing social media pages, watching pictures and videos of friends and family in the Rochester Police Department tear gas and pepperball assault. McFadden was on the front lines, documenting interactions between protesters and police with live video clips and photographs, and capturing both the astonishing violence and the uplifting response from the community.

“I had to go and document this no matter what,” McFadden said. “I had to do it.” 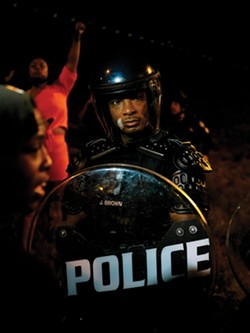 McFadden has a lot on his plate, creatively. He had already started teaching at RIT when he began documenting the protests in Rochester. He also covered similar protests in Minneapolis, Atlanta and Washington, DC.

“With this kind of work, no, there is no sleep,” he explained. “The protests took place all day and in the middle of the night until 4 am. So, (I) slept two hours a night all summer, really until this year, because Derek Chauvin’s trial happened this year in April.

“He worked without sleep for a long, long, long time. But the job had to be done.

For McFadden, capturing black grief is only a small part of capturing black life. He considers his projects individually, but admits that because the works sometimes overlap, the images and their stories begin to inform.

McFadden returned to Rochester in 2018 after several years in Atlanta, where he taught photography at Spelman College, to accept an art residency at the Visual Studies Workshop. He currently teaches at the Rochester Institute of Technology.

From there, he produced “Evidence,” an exhibition that illustrates the breadth of black masculinity and gender through portraits of men alongside those of their fathers or father figures. At the same time, McFadden was motivated by the recent death of his grandfather and produced “Love Without Justice,” an autobiographical photo series that used photos from his family’s archives.

In his portraits of other people, there is a rawness and a desire for deep self-exploration. “I think the job is really me,” he said. “And it’s not really too glamorous or staged. Especially with the archives, it’s very personal. Especially in ‘Love without justice’. I just add to the archive. So I think it’s me, for sure. Completely unfiltered.

“Along with other things, like ‘Unrest in America’, and documenting protests across the country, it’s also very personal. I’m directly linked to the plight of black Americans who experience racism in this country,” a- he said. “And so, going out and documenting it was very difficult. And you will see the intense emotion of the photograph. And it is not only because it is a touching moment, but you will see my emotion. in these photographs. 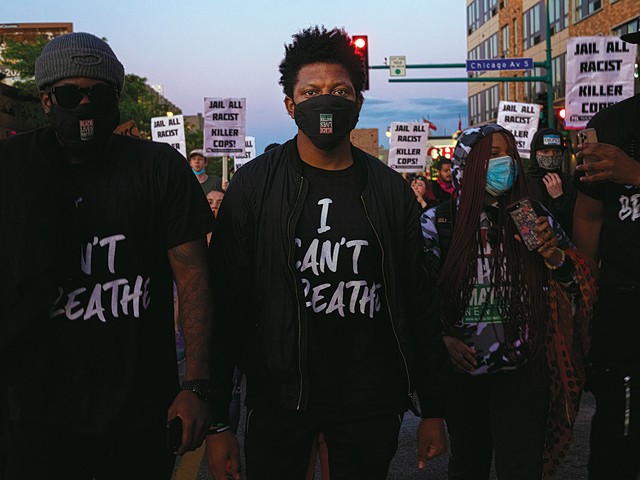 Exploring the self through the chronicle of black life more broadly has been a constant theme of McFadden’s career.

“It always comes down to this constant referencing image map of itself,” said K. Anthony Jones, art critic and McFadden collaborator. “It becomes self-referential throughout this whole loop. “

“He’s exploring what it means not to have a home in this place,” Jones later said.

Eastman Museum executive director Bruce Barnes acknowledged this in his remarks at the opening of “I Believe I’ll Run On,” saying the exhibit “chronicles the intimacy of black life in the United States. And was “a testament to healing and the protective possibilities of turning in on oneself.”

McFadden wanted his work to elicit a visceral response, the kind of real response that, as he put it, was “unfiltered by the institution in which it exists.” 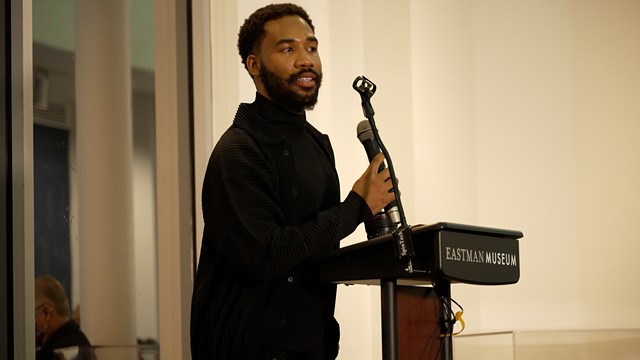 Museums are spaces for ritual practice, housing objects and artefacts revered by the community that supports them. McFadden’s exhibition plays on this, with lighting and colors that incite an almost holy exaltation of the work. Watching exhibit attendees engage in different ways reminded me of the difference between going to church in New York City with my white mother and going to church in South Carolina with my black father: solemn silence versus jubilant reverence.

It is rare that we are able to gift their flowers to artists while they are still in business and even more exceptional when we are able to do so near the start of what appears to be on the way to a meteoric career.

Amanda Chestnut is a freelance writer for CITY. Comments on this article can be directed to [email protected]

Alkaloid Skopje: Interview of the CEO / Chairman of the Management Board of Alkaloid AD Skopje for the Serbian magazine “Magazin Biznis”

The Cincinnati Art Museum’s “Art After Dark at Home” offers…