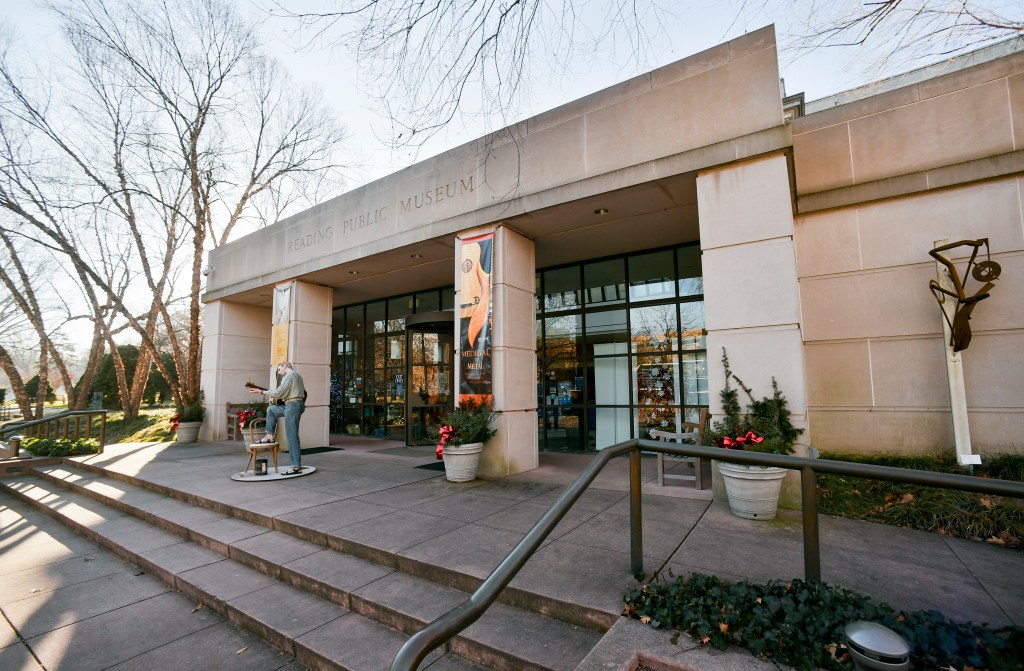 The Reading Public Museum is ready to legally challenge the Reading School District’s plan to seek another entity to manage and operate the museum, the museum’s director said on Tuesday.

On Monday, the Reading Public Museum Foundation, which operates the museum, announced that it will be moving parts of the collection stored at the museum but not on display in the Wells Fargo building in downtown Reading from the spring.

The move is intended to protect the collection from environmental risks such as flooding and building deficiencies that have affected the museum at its current location near Wyomissing Creek in Reading in recent years, foundation officials said.

The school district responded Monday night by saying it was seeking proposals for another entity to operate and manage the museum. The district also claimed that the foundation was not fulfilling its mission. The district owns the building and the land.

The museum will remain open to the public, officials said Monday, as long as the facility remains legally accessible.

John Graydon Smith, director and CEO of the museum, said on Tuesday that the museum’s current deal does not allow for such a change of direction without a number of legal steps being taken first.

“They are ignoring the deal,” he said of the school district’s announcement. “We are totally blown away by this.”

If the school district continues to try to change the management of the museum, the foundation is ready to challenge that decision in court, he said.

Three different organizations oversee the museum, according to an agreement approved by the Berks County Orphan Court in 1991.

The district owns the building and the land.

The Reading Public Museum and Art Gallery, a society made up of school board members, owns the museum’s collection and the foundation oversees the day-to-day operations of the museum.

The fear of the museum, Graydon Smith said, is that the school district is now considering selling artwork to help balance its budget.

The museum is not the building, but the collection itself, he said. Therefore, the foundation is ready to protect this collection from the elements as well as the school district, he said.

He said the public comments he had received over the past few days showed that the community was also against a change in the management of the museum.

District attorney John Miravich said on Tuesday: â€œThis is a legal matter, however, based on the agreement established in 1991, the district has the right to protect taxpayers’ money, the integrity of the collection and Dr Mengel’s vision. Going forward with the RFQ is in that best interest.

â€œThe Reading School District is not looking to sell the collection to balance its budget, as Smith suggested. Rather, the district is looking for a partner to manage the installation of the museum. The district has consistently approved balanced budgets and has experienced an unprecedented financial turnaround over the past decade, as noted by former Auditor General Eugene DePasquale.

On Monday, Miravich noted that the museum was built with taxpayer funds for the purpose of serving Reading students and their families, that the property is owned by a company run by school board members, and that the foundation is an entity private that does not respond to taxpayers.

He called it a failure to live up to the intention of the museum’s founder, Dr Levi Mengel, who established it as an educational resource for the people of Reading.

The foundation filed a lawsuit in the Berks County Orphans Court in 2017 to change the 1991 agreement. That lawsuit went nowhere.

Miravich also pointed out that in an expert report provided to the Berks County Assessment Board, the Shuman Development Group – which plans to complete its purchase of the Wells Fargo building on May 1 – requested a reduction in l property tax for the building based in part on the current condition.

The report mentioned a necessary upgrade or replacement of the rubber roof.

Shuman admitted on Tuesday that the roof needed work, but said it was not leaking and the situation would be resolved before the museum began moving its collection.