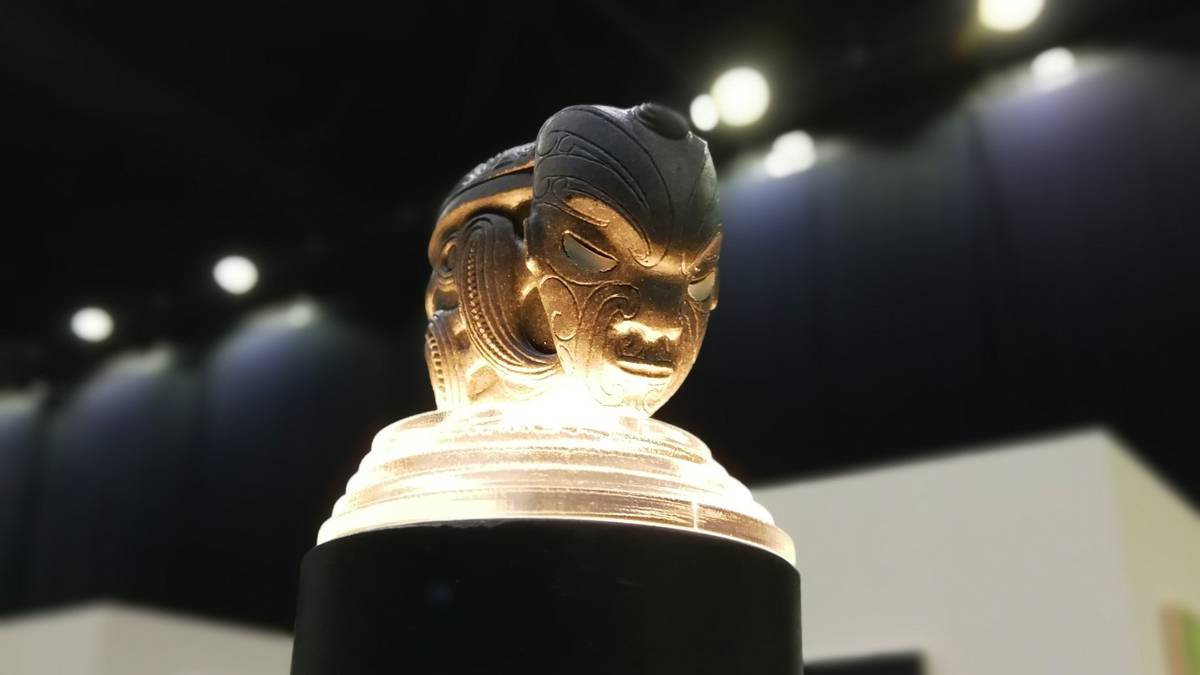 Iwi Le Comte won this year, in front of 187 other candidates, the Supreme Art Award with his work Te Ipukarea. Photo / Provided

The winners of the 2019 Rotorua Museum Art Awards have been announced and one person has gone home with a $10,000 prize.

Iwi Le Comte won the Rotorua Museum Supreme Art Award with his work Te Ipukarea ahead of 187 other entries.

The winners were announced tonight by judge Leafa Wilson who noted that Te Ipukarea was the smallest work in the entire exhibition, but had the most overwhelming and warm presence.

“I was immediately drawn to this work made of Ōnewa stone and pearl inlay.

Lovingly crafted with contemporary tools, the aspirations, mana and mauri of Le Comte’s tipuna have breathed life into this taonga.

“The magnitude of the work does not automatically mean the mana it releases.”

More than 350 guests were at the awards ceremony.

Winners and runners-up were chosen using a blind judging process, based solely on the merits of the artworks. Wilson said she knew the Bay of Plenty had a rich artistic tradition and that was reflected in this year’s entries.

“The breadth of media and subject matter always makes it difficult to compare one aspect of one job to another, let alone choose one job over another,” Wilson said.

The Toi Ohomai Innovation in Art Award went to Heather Kremen for her work Protected in the Night, Bree Straker received the first ever Lockwood Youth Award for her work Ruby and Mark Noble was named Friends of Rotorua Museum Emerging Artist for his work Why-Tangi.

Jeanette Pleijte and Lynette Fisher received certificates of merit for their respective work; Christchurch 3-15-19 and me too (2018).

In addition to the six announced prizes, people can vote for their favorite work either in the gallery or via the Rotorua Museum’s Facebook page.

It was the highest number of entries ever received with 188 works of art from 149 artists entered into the competition, Cat Jehly, director of operations for the Rotorua museum.

“The huge interest in this year’s competition really highlights the importance of art prizes and the need to support the wealth of artistic talent across the Bay of Plenty.

“All artwork from both exhibits is for sale, so I encourage the public to visit the exhibits while they are open.”

The four winning works and 54 other selected finalists will remain on public display at the Energy Events Center until November 10.

Out and About WRAL.com