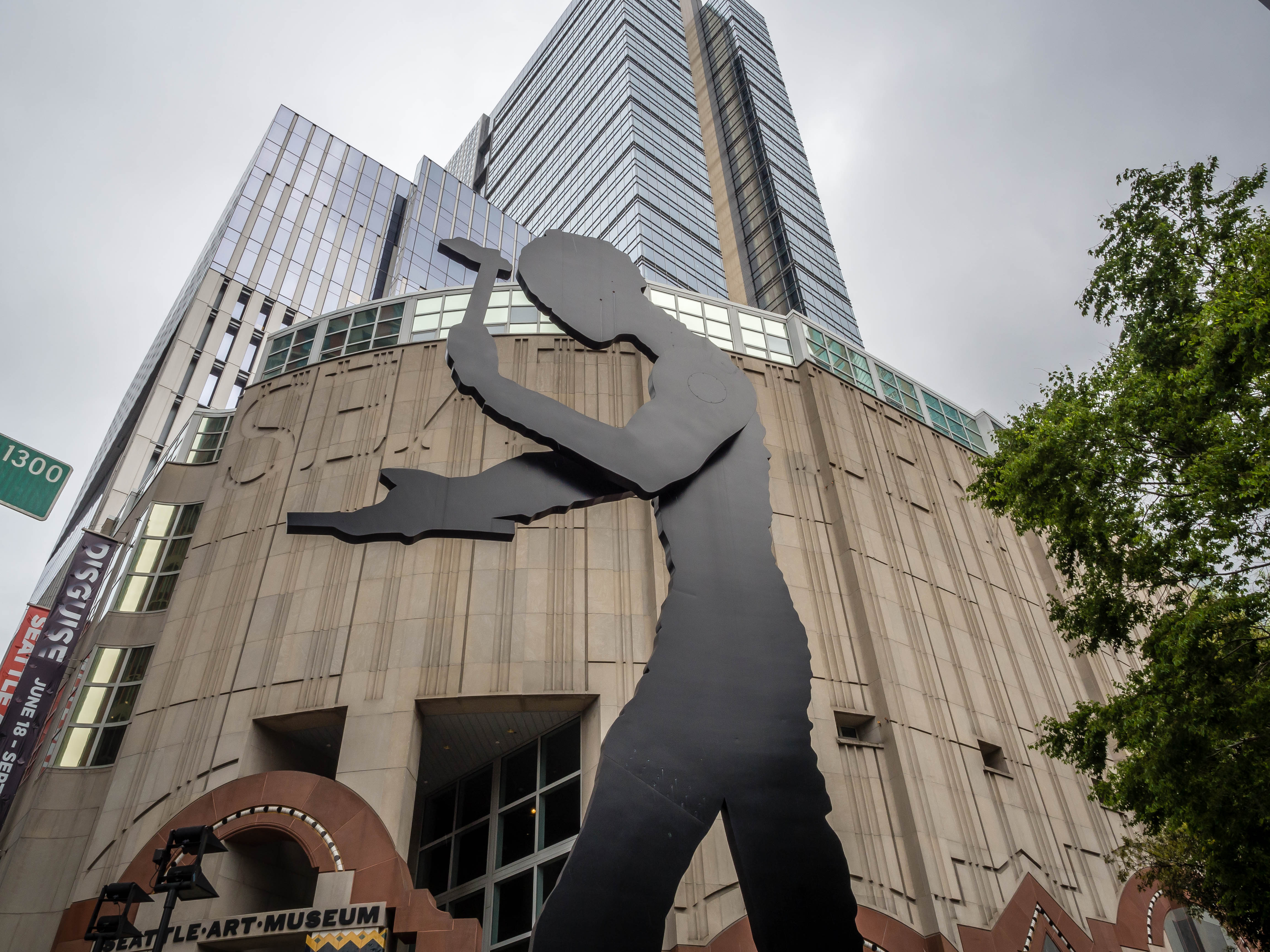 Seattle Art Museum (SAM) Visiting Services Officers (VSOs) say the museum retaliated against them for trying to start a union in their workplace.

Security officers say management disciplined them, including firing one of their key organizers, Aselya Keyes, on April 6. The museum denies the allegation, saying in an email to Real Change that SAM did not retaliate against any employees for their union organizing efforts.

Workers began unionizing in July 2021 after the museum failed to restore pension benefits they had lost during the COVID-19 pandemic. According to a SAM spokesperson, the museum canceled employer pension contributions for all employees in June 2020 and has not yet reinstated them.

Josh Davis, a VSO and one of the union’s top organizers, said museum management had reversed pay cuts that high-level staff had taken, in contrast to the treatment of front-line staff.

“It felt like we were definitely not thought of,” Davis said.

The SAM spokesperson said that during 2020, senior managers took a 15% pay cut, which was reversed in March 2021 after all other staff salaries were restored.

SAM laid off or terminated 76 employees in 2020, many of whom were rehired after the museum received $4.8 million in Paycheck Protection Program loans – a program created by the federal government to keep businesses and workers afloat in the early days of the coronavirus pandemic.

In January, 70 percent of the more than 60 VSOs who work for SAM signed union permission cards to join IUPAT Local 116, triggering an election with the National Labor Relations Board (NLRB).

However, security workers are not allowed to participate in a union election if the election includes non-security workers, which IUPAT does. Thus, their union should be voluntarily recognized, which SAM refused to do.

In a January 14 email from human resources (HR) director Kathleen Maki to the VSOs, Maki claimed that voluntary recognition could lead to a conflict of interest in which the VSOs side with other union members. about the museum. If the VSOs were members of IUPAT, they “would be placed in a difficult position where they want to support their union but also have a duty to protect SAM’s facilities and assets,” she wrote.

According to Davis, this is at odds with the practices of most employers.

“In the Seattle area, it is the complete industry standard to voluntarily recognize security services joining mixed guard unions,” he said.

The workers withdrew their union petition and reconstituted themselves as an independent union without the support of a larger union organization. They say this set back their efforts for months.

Davis said that although they were able to raise $3,000 from community members to pay legal fees, they have now exhausted the funds. If they were part of a bigger trade union, they could get legal support.

Keyes said management had tried to “murder” the character of union organizers, such as itself. On March 23, HR informed her in a meeting that she was on paid leave and was being investigated without specifying why she was being investigated. The human resources manager also told Keyes that she was not authorized to discuss the meeting with her colleagues. The union’s lawyer told him that this request was illegal.

On March 28, Keyes was called back to a meeting with the human resources representative and Jeff Draeger, SAM’s new chief operating officer. Keyes said “the men questioned me for two hours on the 28th about my behavior and how my behavior could be perceived as being bullying or harassing people.”

Keyes said the allegations made against her by management were unfounded.

“They still haven’t given me much, but they brought up a bunch of really minor incidents that happened months and months ago,” Keyes said.

One such incident included one time in mid-2021 in the break room, when Keyes put hot sauce in his tea and offered a co-worker a sip.

“We laughed about it,” Keyes said.

Management asked her if she was forcing her colleague to drink the tea, which Keyes denied.

“It was nothing malicious,” Keyes said.

On April 6, Keyes was called back for a “two or three minute” meeting where she was told she was fired due to her behavior and breach of confidentiality.

In an email to Real Change, a spokesperson for the museum said: “SAM has not retaliated against any employee for seeking union representation…The individual was terminated based on the results of this investigation.

Keyes and Davis argue that the underlying reason for the termination was due to Keyes’ effectiveness as an organizer. She was the downstairs organizer during the day shifts, helping to collect signatures from her colleagues.

“If they can get me off the ground for some spurious reason, they know they’re taking advantage of it, because I’m not at SAM and I’m not organizing,” Keyes said.

The VSOs will begin voting on whether to unionize on May 10.

“We love this job. We love the people we work with,” Davis said. “We’re just asking for a seat at the table so that people who continue in that position for years and years will have an even better experience than ours.”