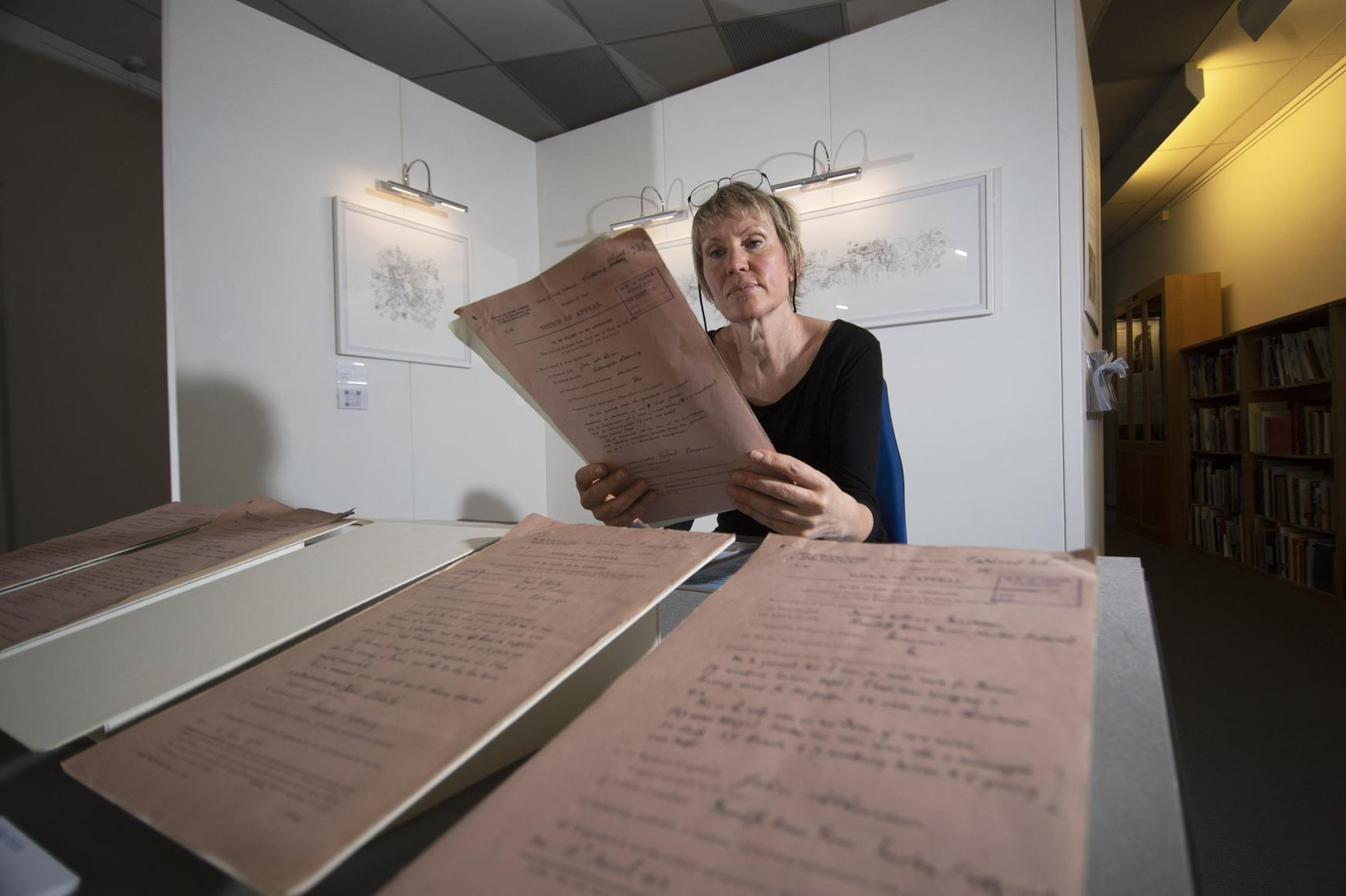 For artist Carolyn Thompson, that evocative thought was the inspiration behind a project that unveils for the first time the secret stories of six men who were forced to fight – and sent to their deaths on the Western Front.

The archives of North Yorkshire County Council contain thousands of secrets, conflicts, harrowing decisions and family tragedies that have affected the people of the county over decades and centuries.

And now Ms Thompson, along with other artists, has used documents and artefacts from this remarkable collection to create an exhibition about Yorkshire’s past at the County Records Center in Northallerton.

She said: “I had the idea of ​​working with the landscape of the present combined with the stories of the communities of the past. There were tragic stories. For example, there would be a farmer who had two sons and they said he could farm with only one, so we’ll take one of the sons. These people had originally been exempted and they were appealing. This link with the earth interested me.

She chose six soldiers whose appeals failed – none of them returned home after the 1918 armistice – and, on their death anniversaries, traced their way home through the region.

Noting every flower she saw along the way, Ms. Thompson then created artwork based on memorial wreaths as well as soundscapes that can be listened to during the exhibit.

“I thought the idea of ​​taking them home through the landscape that they would walk every day was like a memorial to them,” she said.

“There were times when it was very calm and quiet. It felt like a memorial then. It was such a physical and emotional thing.

Working in sewn textiles, she used fabric bought in Selby as well as old maps from the 1790s to illustrate the town’s connection to the crossing of the River Ouse.

Filmmakers Jacob Cartwright and Nick Jordan also feature in the exhibition with a piece centered on the River Swale in Richmondshire.

They were inspired by the story of Neddy Dick who created his own musical instruments from components he found in the natural world.