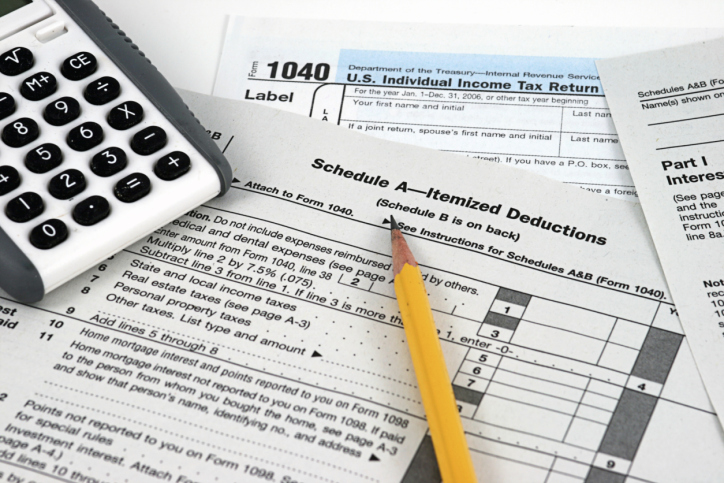 In a strong reminder to comply with requirements to justify charitable contributions or risk losing a tax deduction, the Tax Court issued its opinion in Heinrich C. Schweizer c. CommissionerTC Memo 2022-102, October 6, 2022. In Swiss, the Tax Court denied taxpayer, Heinrich Schweizer’s claim for a charitable deduction for income tax purposes, citing Heinrich’s failure to meet the justification requirements of Section 170 of the Internal Revenue Code and accompanying Treasury regulations. This case follows Martha L. Albrecht vs. Comm’r TC Memo 2022-53, which was also based on compliance with the formalities of Article 170 of the Internal Tax Code.

Taxpayer donation to the museum and tax return

For nine years, Heinrich was director of the African and Oceanic Art department at Sotheby’s. In this role, Heinrich collaborated with Sotheby’s Appraisal Department and supported it from time to time in providing estimates of the fair market value (FMV) of certain works. During this time, Heinrich made several donations to African art museums, including a Dogon sculpture (which he reportedly purchased for $100,000 in 2003) donated to the Minneapolis Institute of Art in 2011.

Heinrich’s tax preparer assisted him with a “statement of value” request, whereby he sought assurances that the IRS would accept the offered value of the Dogon sculpture donated for the purposes of a request for a charitable deduction. The declaration of value request included a one-and-a-half-page appraisal prepared by an unqualified and inexperienced appraiser stating that the Dogon sculpture was worth $600,000. The request was not answered by the due date of Heinrich’s statement. His 2011 tax return therefore claimed the maximum charitable deduction for 2011 and carried forward the remaining deduction, based on the $600,000 assessment. The 2011 tax return did not include a completed Form 8283 (both incorrectly completed in some respects and incomplete in other respects) and did not attach an appraisal, as required by Section 170(f). )(11)(D) from the IRC for gifts in excess of $500,000.

During the review, the IRS asserted that the charitable contribution deduction should be disallowed in its entirety because Heinrich failed to meet the substantiation requirements of section 170(f)(11) and associated regulations. , including failure to obtain a qualified appraisal, failure to attach an appraisal of any kind to Form 8283, and failure to submit a completed Form 8283. (The IRS staff appraiser initially appraised the contributed sculpture at $250,000, but the IRS took the position that the deduction should be disallowed altogether.) The IRS assessed a deficit of $95,081 and accuracy penalties of $19,016. The Tax Court agreed with the IRS and upheld Heinrich’s denial of the charitable deduction based on his failure to substantiate the value of his deduction and the lack of reasonable grounds for the failure.

Section 170 governs charitable contributions and deductions for income tax purposes and further describes the substantiation requirements in Section 170(f)(11). As a general rule, any charitable donation over $500 requires additional documentation. For donations of $5,000 or more, a “qualified appraisal” by a “qualified appraiser”, as defined in Section 170, is required. For donations with a FMV exceeding $500,000, the taxpayer must attach the appraisal to their federal income tax return in order to justify a charitable deduction.

A taxpayer claiming a charitable deduction must also file IRS Form 8283. When a taxpayer donates property (other than publicly traded securities) worth more than $5,000, Form 8283 asks the taxpayer include the following information in Section B: (1) a description of the donated property, (2) a brief summary of its physical condition,

(3) the assessed FMV of the property, (4) the date the property was acquired by the donor, (5) the method of acquisition, and (6) the donor’s “adjusted cost or basis”.

At trial, Heinrich argued that he reasonably relied on the accounting firm’s advice that the incomplete Form 8283 would be acceptable because the declaration of value had already been submitted to the IRS. The tax preparer did not corroborate Heinrich’s account, and the Tax Court found it implausible that the accountant gave the opinion on which Heinrich claimed to have reasonably relied and that, even if he had relied on such advice, it was not reasonable for Heinrich to have done so. Specifically, the Tax Court noted that a taxpayer must always review their tax return and sign the return, that Heinrich did not need any specific training to understand that Form 8283 was partly incomplete and partly improperly prepared or that the statement was not containing any attachments despite reference to one. Additionally, Heinrich’s prior charitable contributions to art and his professional training place him in a unique position to understand the tax law relating to charitable contributions to art.

The Tax Court found that Heinrich: (1) failed to obtain a timely qualified appraisal of the Dogon sculpture, as required by Rule 1.170A-13(c)(3) of the Treasury, (2) did not include an appraisal of any kind with its 2011 return as required by Section 170(f)(11)(D) for gifts with a value greater than US$500,000, and (3) failed to include a completed Form 8283 with his return as required by Section 170(f)(11)(C) and Treas. Reg. Section 1.170A-13(c)(2)(i)(B). The Tax Court further noted that Heinrich’s testimony was “unverified, self-serving and unreliable” with respect to failure to meet necessary requirements and that his reliance on a tax professional (if he did, indeed) was unreasonable.

Significantly, in weighing the particular facts of this case, the Tax Court noted that Heinrich’s expertise in this particular artistic specialty, in addition to his legal training, placed him in a unique position to understand the nature of requirements, importance of compliance and ability to understand Form 8283.

Melissa A. Passman is a senior partner and Alexis S. Gettier is a partner at Day Pitney LLP.