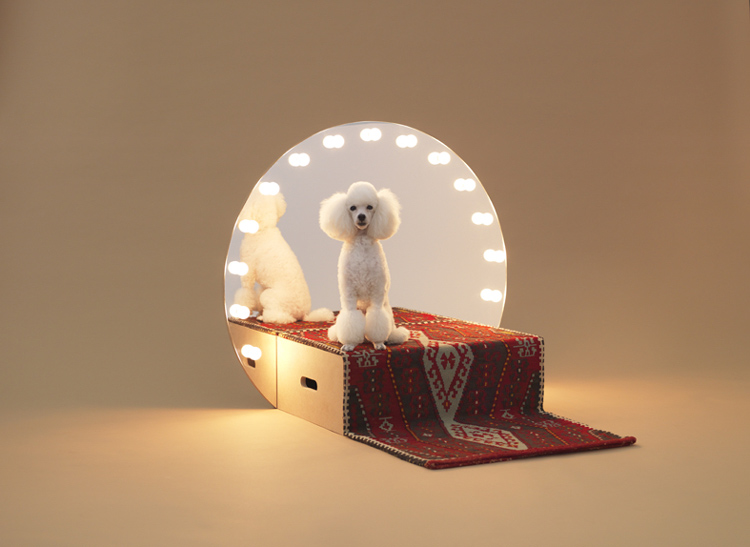 How would the hard-hit exhibition industry return after the first lockdown? The Design Museum‘s flagship exhibit, Electronic: From Kraftwerk to The Chemical Brothers, was set up before the lockdown and its organizers revealed to Design Week how it was adjusted accordingly. In addition to the obligatory masks and hand sanitizer stations, the capacity of the bikes had been doubled so that people did not have to take public transport and the capacity was cut in half (the museum had to open late to fill a lack of ticket sales).

Beyond the immediate changes, we wondered how exhibition design could evolve in the long term. Nissen Richards studio director Pippa Nissen told Design Week Covid could start a ‘digital revolution’ in exhibition spaces with the rise of augmented reality (AR) and virtual reality (VR). She also noted that there might be a shift towards an (even more) more organized experience, driven by how people might experience confined spaces differently. Future exhibits could be about â€œexperiencing someone’s pre-designed experienceâ€ with less choice on the part of the visitor.

Materials would be another focus. â€œWe can’t waste so much anymore,â€ Nissen said. Not only should the materials be more durable, but they should be more adaptable (to change social distancing rules and future plans). It was a trend echoed at Milan’s Salone Del Mobile – which we attended the preview just before the lockdown and its possible postponement – where the focus was on reusable exhibition displays.

When it finally opened, Design Week saw a relatively quiet preview of the Design Museum’s successful exhibition on the history of electronic music. A transfer from Paris, Electronic: From Kraftwerk to The Chemical Brothers took turn-of-the-century visitors and ‘mad sound scientists’ to the Chicago house scene and also to Manchester where the graphic work of Ben Kelly and Peter Saville for the HaÃ§ienda club is displayed.

Perhaps most striking in the exhibit was the three lights and sounds installation which would have been particularly well received by all visitors missing the city’s closed club scene. Kraftwerk’s 3D experience was akin to a high-level music video, displaying music from the band’s eight albums. Architecture 1024’s large-scale moving light display was set to the soundtrack of French DJ Laurent Garnier.

The final room belonged to Got to Keep On, a 2019 play by the Chemical Brothers and showmakers Smith & Lyall. The room featured strobe light and smoke effects and shape-shifting 3D visuals. It summed up what Smith & Lyall called the â€œtransformative power of music, art and designâ€.

As in many sectors, museums and galleries have focused this year on digital. When people couldn’t go out, the best way to reach them was at home. In the spring, the British Museum launched what it called one of the â€œmost comprehensive online museum collections databasesâ€ in the world. Some 4 million objects have been made available for viewing online. The curation, however, has not been abolished. Themes were launched in conjunction with the exhibits, such as Love and Identity, which sought to provide an organized experience for people, told us Michael Tame, head of the museum’s digital program.

Across the industry, efforts have been made to improve online accessibility during the lockdown. For example, the Royal Academy has created a 38-minute online tour of its Picasso and Paper exhibition. It wasn’t unprecedented – Google once helped institutions like the National Gallery in London and the Metropolitan Museum of Art in New York to create virtual tours – but there was now a bigger push.

AR Acute Art Platform – interviewed by Design Week at the start of the year – has also expanded its offer with a new application that puts the user in the position of exhibition curator. Designed in-house, the app uses phone cameras to place facilities in people’s homes. He was accompanied by a few renowned collaborators: Jeff Koons, Marina Abramovic and Ai Weiwei.

Man’s best friend was the focus of a design-led exhibition at Japan House in London this summer. â€œThe human engineering approach is a vision of creating the environment that uses the human body as a criterion,â€ explained Hara Kenya, chief creative advisor at Japan House. “However, look at a small dog next to its owner and you begin to see the potential for a new type of architecture.”

16 architects and designers from around the world produced work for the playful exhibition, attracting Japanese architect Kengo Kuma. Among the collection of beds, toys and activities was a poodle-specific piece by German industrial designer Konstantin Grcic. Paramount was a mirrored structure that aimed to appeal to the breed known to love its own reflection.

Japanese architect Kazuyo Sejima was inspired by the characteristics of his subject himself. Mimicking the fluffy coat of the Bichon Frize, he created a “cotton candy cocoon” where the breed could relax in comfort and style.

The V&A Alice in Wonderland exhibit was scheduled to open this summer. When the exhibit was postponed until next year, the museum turned to London-based game studio Preloaded to create VR sets for those who wish to visit the fantastic world of Lewis Carroll.

While the original plan was to have a 4-minute experience at the exhibit itself, that ambition grew during lockdown to become a home-based virtual reality experience. The studio also developed a centerpiece for the exhibition preview in October. The experience took people to the Queen of Hearts Garden and the Hall of Doors, incorporating visual tricks – such as the change of scale – throughout. The world consisted of vivid hand-drawn visuals, with illustrations by Icelandic artist Kristjana S. Williams.

Virtual reality opens up possibilities for the exhibition experience, Preloaded associate creative director Jon Caplin told us. â€œNot being held back by the physical world means you can completely change the environment, in color and scale,â€ he added, while noting that it could be experienced in the comfort of people’s bedrooms. . In an age of social distancing, this could be a useful avenue for museums and galleries to explore – although that of course means investing in a VR headset, added Caplin.