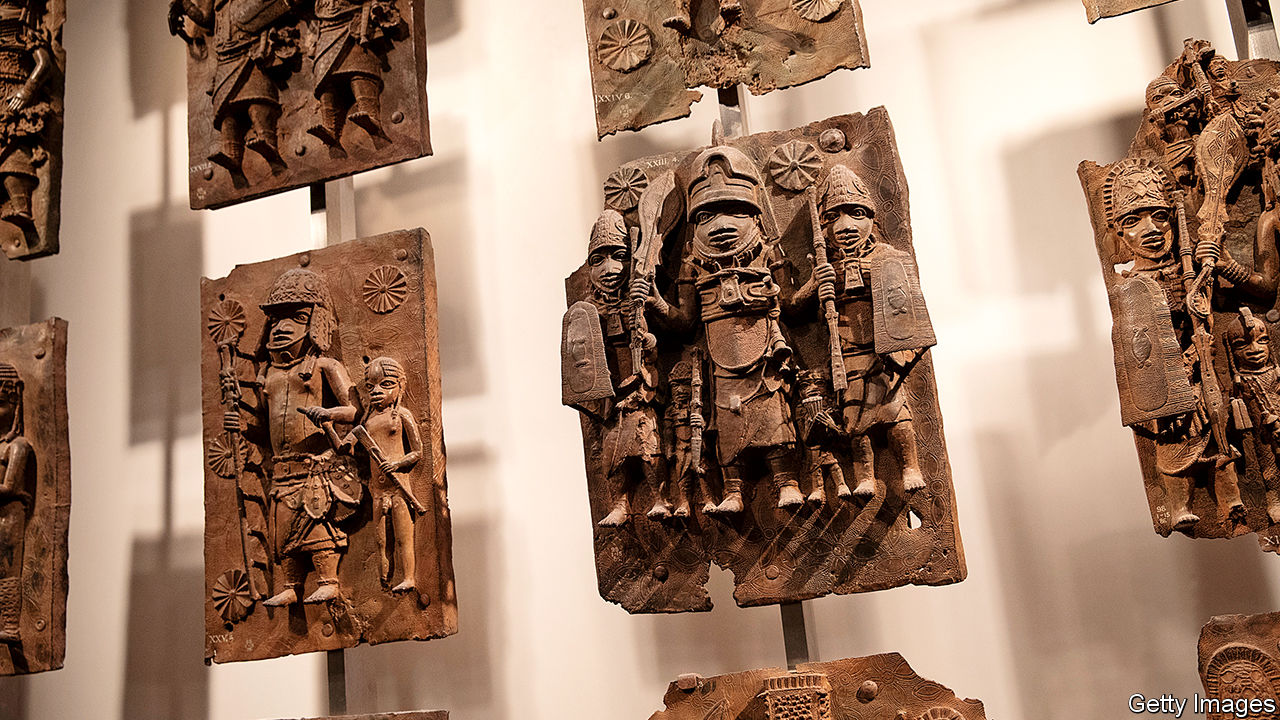 The moral labyrinth of museum management

II DID NOT TAKE a lot. A theatrical die-in at the New York Guggenheim Museum in February; a threat from Nan Goldin, a photographer, to remove her works from the National Portrait Gallery in London; a warning about unspecified “guerrilla actions” against UK museums. Since mid-March, the Guggenheim, the National Portrait Gallery and the galleries of the Tate have all cracked. None will accept future gifts from the Sackler family, prolific philanthropists who own Purdue Pharma, a company that created an opioid, OxyContin, and claimed it was not very addicting.

Enjoy more audio and podcasts on ios Where Android.

Western museums will therefore be a little poorer. They might also have less to show if a different type of campaign prevails. In November, a report commissioned by Emmanuel Macron, the French president, argued that museums should return works of art acquired by force or “under unfair conditions” to the former colonies. Colonialism being inequitable, this implies that France must return almost everything (see International section).

To take a blatant example of looted art, Benin’s bronzes were stolen from a royal palace in present-day Nigeria during a punitive British expedition in 1897, then flogged to finance the raid. They ended up in European and American museums. Because the raid cannot be defended, and because the bronzes would make more sense as a group, they would have to go back.

Some would say that returned items are likely to be poorly preserved, stolen or destroyed by jihadists, as has sometimes happened. Besides, if you start rendering things, where do you stop? The first is a concern. The risk can be minimized, but not eradicated, by making copies and returning items only to reasonably stable countries. Nigeria are close to qualifying. The Democratic Republic of Congo does not.

The second argument is wrong. It is already accepted that recently stolen objects must be returned, such as when, in February, the Metropolitan Museum of Art in New York delivered to Egypt a golden coffin which turned out to have been looted in 2011. It is now admitted that art taken from the Jews by the Nazis should be returned to their descendants. It shows that a line between the intolerable and pretty much tolerable, between the past and the distant past can be drawn – and shifted – without a free-for-all in which vast amounts of art are suddenly up for grabs. Items obviously stolen in colonial times belong to the intolerable side of the line and must be returned.

Campaigns against corrupt philanthropy are weaker, however. If the money was earned legally, museums should in most cases feel free to accept it. Is it better for humanity to return a bag of money to the Sacklers, or to spend it on bringing culture to multitudes? Of course, museums should not accept stolen money. And if they decide that the reputational risk of taking a particular donation isn’t worth it, fine. But they should remember that controversies can be fleeting, and their successors can curse them for their disgust.

Those who speak out against the laundering of corporate reputations through charity are forgetting something: it does not work well. Not all of their good works prevented Andrew Carnegie and John D. Rockefeller from being called back as thief barons. The Sacklers are the butt of protests in part because the last name appears on so many buildings, not despite it. Big donors seem so suspicious that it is sometimes said that Henry Tate, a sugar baron who established the London Museum, profited from slavery, although he did not. (Indeed, he was an unusually kind employer.) People donate to museums in the hope that they will be remembered. All they really accomplish is remember.