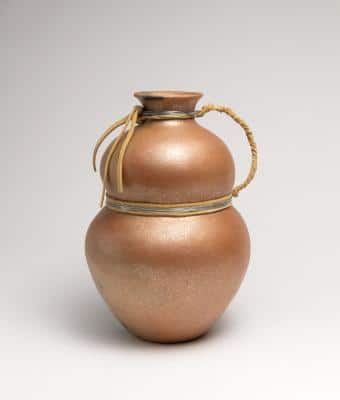 The Museum of Indian Arts and Culture celebrates native life and history with a permanent exhibition, Here, Now and Always

The Museum of Indian Arts and Culture (MIAC), a division of the New Mexico Department of Cultural Affairs, will unveil its brand new permanent exhibit, Here, now and always, July 2, on Museum Hill in Santa Fe.

Located in the 8,400 square foot Amy Rose Bloch Wing of MIAC, the exhibit features more than 600 objects from the extraordinary collection of ceramics, basketry, jewelry, paintings, textiles, fashion and more. All of these – and the stories they contain – reflect the knowledge, stories and cultural practices of Indigenous peoples of the Southwest.

MIAC’s permanent exhibit modeled a new way of interpreting the lives and culture of Indigenous peoples and set a new standard for Indigenous representation in museums that was developed by the National Museum of the American Indian and many others. others since its opening in 1997. Guided by a deeply collaborative process, the exhibition highlights the voices, perspectives and stories of Indigenous peoples from across the Southwest, moving authority away from the museum and non-Indigenous scholars .

In addition to support from the New Mexico Department of Cultural Affairs, the National Endowment for the Humanities, and the New Mexico Museum Foundation, a total of $1.5 million in private donations has contributed to the development of Here, now and always.

About the Museum of Indian Arts and Culture

Museum of Indian Arts and Culture is a division of Department of Cultural Affairs, edited by the Board of Regents of the Museum of New Mexico. Programs and exhibits are generously supported by the New Mexico Museum Foundation and our donors. The mission of the Museum of Indian Arts and Culture/Laboratory of Anthropology is to serve as a center of stewardship, knowledge and understanding of the artistic, cultural and intellectual achievements of the diverse peoples of the Indigenous Southwest.

About the New Mexico Museum Foundation

New Mexico Museum Foundation supports the New Mexico Museum system, focusing on fundraising for exhibitions and educational programs, retail and licensing programs, financial management, advocacy, and special initiatives. The Foundation was founded in 1962 by Thomas B. Catron III for the purpose of providing private support for the four state museums of Santa Fe. The private, nonprofit Foundation has grown to support eight historic sites throughout the state as well as the Bureau of Archaeological Studies and benefits from a strong public-private partnership with the State of New Mexico and the New Mexico Department of Cultural Affairs. For more information, visit museumfoundation.org.