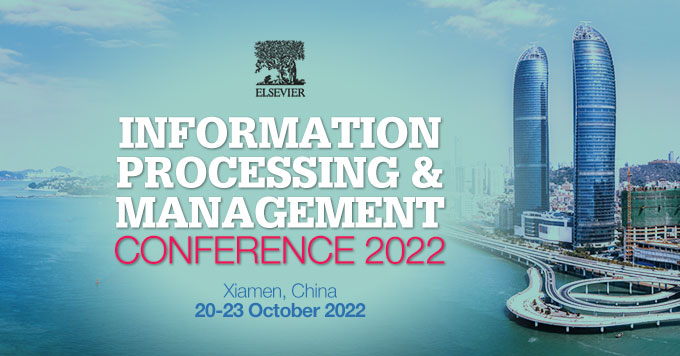 Take time during your stay to visit some of the famous sites that Xiamen has to offer, including:

Gulangyu (Kulangsu Island), or â€œDrum Wave Isletâ€, is a small island off Xiamen Island, covering an area of â€‹â€‹1.87 kmÂ². Scenic spots on the island include Sunlight Rock, Shuzhuang Garden, Haoyue Park, and the Piano Museum.

Gulangyu Island is famous for its beaches as well as its winding alleys and varied architecture. The island is a UNESCO World Cultural Heritage Site and ranks at the top of the list of ten most scenic areas in Fujian Province.

How to get there: Ferry then on foot

The Sunlight Rock Temple was first built in the Ming Dynasty and was famous around the world, attracting accomplished monks across the dynasties.

Shops line the streets of Zhongshan Road, including chain stores and trinket shops. The road is pedestrianized and very busy on weekends and during Chinese holidays. Most of the buildings are a combination of Victoria era architecture and traditional Chinese (two story buildings known as â€œQi Louâ€ – crossing the buildings).

As the most famous shopping area, Zhongshan Road at night is bright and alive with different colors, sounds and smells. It’s more than just a shopping street; it is a leisure, entertainment and dining center in Xiamen.

Hulishan Fortress is a spectacular site with impressive gates and surrounded by granite walls. Built in 1891 and located at the southern tip of Xiamen Island, its buildings are distinguished by the military style of the Ming and Qing dynasties. The fortress houses a barracks, a secret tunnel, a tower, a sentry platform, the ammunition depot, the trench and the castle. The German-made Krupp Cannon is the largest extant coastal gun of its type in the world.

Nanputuo Temple is located in the southeast of Xiamen Island and was founded in the Tang Dynasty. The name Nanputuo literally means Southern Putuo, Putuo referring to the legendary mountain where AvalokiteÅ›vara, a bodhisattva, lives and teaches.

The buildings include the Devajara Hall (the Hall of Heavenly Kings), the Mahavira Hall (Daxiongbaodian), the Dabei Hall (the Hall of Great Compassion) and a pavilion built in 1936. The monks of Nanputuo are often seen in the busy streets from downtown nearby.

It is a national science education base, a national biodiversity conservation base, as well as the only national palm conservation center and the National Center for Genetic Resources for Bougainvillea. It also has the largest outdoor cactus exhibition in China.

Xiamen Horticultural Exhibition Garden is full of trees and flowers. The garden holds various flower displays throughout the year, including lotus, tulip, and bougainvillea displays, among others.

The Island Ring Boulevard was built along the coast, following the coast as it curves and stretches past green belts, beaches, rocky outcrops and stunning sea views, s ‘extending over a distance of 12.76 kilometers. It connects coastal tourist attractions such as Hulishan Fortress, One Country Billboard, Two Systems, International Convention Center, as well as temples and shrines, ancient trees, strange rocks, sculptures and three Seafront plazas. It takes you along a dazzling coastal belt of fantastic scenic spots.

How to get there: bus, taxi

Yundang Lake was originally called Yundang Port. Historically, the north shore of the harbor was flanked by a huge grove of giant bamboo trees known locally as “Yundang”, hence the current name of the lake. Land reclamation in the 1970s transformed the port into a 1.7 square kilometer lake, with a 400,000 square meter terrace in the middle, called â€œBailuzhouâ€. The lake has a fascinating night landscape which originates from the ancient â€œYundang Fishing Lightsâ€. The areas around the lake contain a large number of tourist, leisure, recreation, fitness, shopping and dining facilities. As the geographic center of the city’s old and new urban neighborhoods, the lake bears witness to the city’s extraordinary changes over time.

Located in the northeast of Xiamen Island, the Wuyuan Bay area is considered to have a very auspicious fengshui which brings together views of water, hot springs, lush vegetation, wetlands and a bay. maritime. Its landmarks are the five arched bridges (wu) built in the area, named after the sky, earth, sun, moon, and people respectively.

Wuyuan Bay has the world’s “rarely found” first-class sailing base and China’s “most beautiful marina”. Wuyuan Bay Wetland Park is located where Wuyuan Bay meets Hubian Reservoir, the only point of convergence of freshwater and seawater on Xiamen Island. The park covers an area of â€‹â€‹89 hectares and is the largest wetland ecological park in Xiamen. Known as the green lung of Xiamen, the park integrates sightseeing with recreational activities and popular science education programs.

Xiamen University, founded in 1921 by Tan Kah Kee, an overseas Chinese patriot leader, is the first higher education institution in modern China built by overseas Chinese. The university is a leading institution on the country’s education projects 211 and 985, two initiatives launched by the Chinese government to help selected universities achieve a world-class position. Nestled between the green hills and the sea, the University offers an unparalleled environment for students pursuing higher education.

How to get there: bus, taxi

Shapowei, a cultural landmark in Xiamen, is home to many famous restaurants with high line profiles. While visiting Shapowei, you can enjoy Fujian-style milk tea, savor German flavored sweet potato beer, and indulge in many other original snacks to suit your tastes.