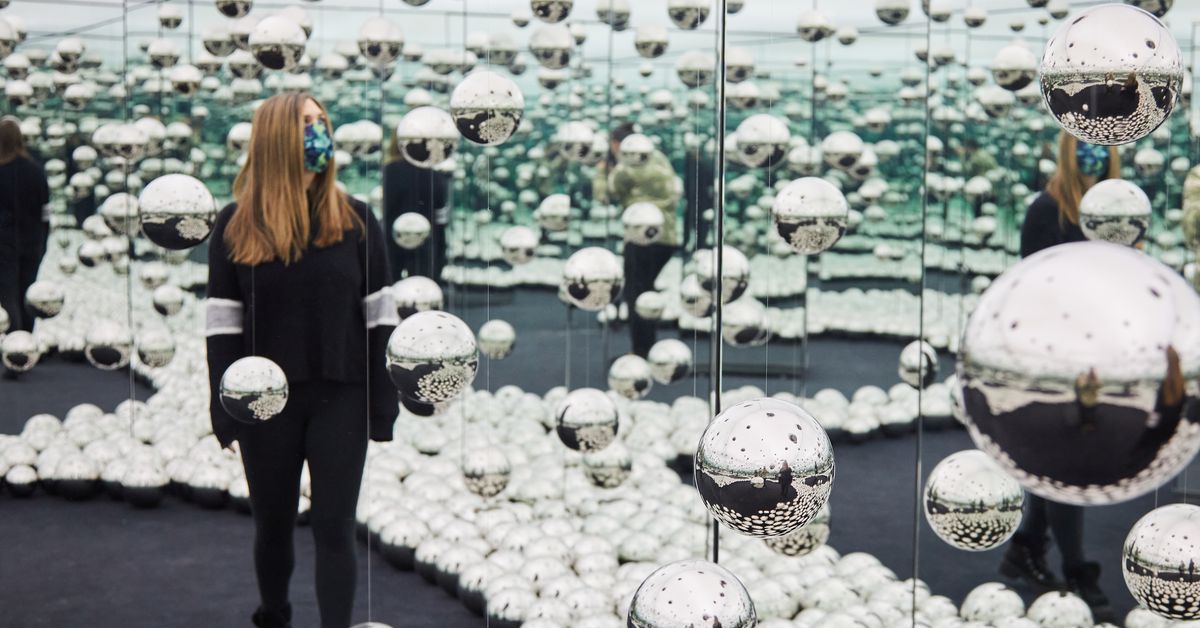 Things to do in Chicago April 1-7: The WNDR Museum, Art on theMart and more

The WNDR Museum, an immersive artistic and technological experience, has reopened its doors with new exhibitions featuring unique new and ongoing installations created by local and international artists, collectives and studios. New exhibits include the Flux Room, a 360-degree multisensory immersive experience curated by Chicago artist Santiago X, and â€œI Heard There Was a Secret Chord,â€ a piece created by Montreal design studio Daily every year. days, which invites participants to participate in a virtual choir hosted by people from all over the world listening to Leonard Cohen’s â€œHallelujahâ€ at any time. Among the current exhibitions is the fabulous immersive work of Japanese artist Yayoi Kusama “Let’s Survive Forever”. In addition, “Untitled (FDR NY) # 23 and # 24” by Keith Haring is now on display outside the museum. Find out all about it at the WNDR Museum, 1130 W. Monroe. Timed tickets, $ 30, must be purchased in advance. Visit wndruseum.com.

Art on theMART is collaborating with the Adler Planetarium to transform the facade of the Merchandise Mart into a blend of art and science. The new projection on the art deco building, entitled “Astrography”, consists of four movements – Earth, other worlds, stars and beyond – which take the viewer from Earth to planets and stars and into the depths of the galaxy. The projections were created using real data showing the scale of the universe as well as images from telescopes of the world and Adler’s paper works. The exhibition will be accompanied by music from the archives of Sun Ra Arkestra at the Experimental Sound Studio. The 30-minute â€œAstrographyâ€ takes place every evening at 8:30 pm and 9 pm from April 1 to July 4. For more information, visit artonthemart.com.

Get a head start in your Oscar pool by projecting the Short films nominated for the 2021 Oscars presented by ShortsTV. Documentaries include “A Love Song for Latasha,” a portrait of a young girl whose gunshot death sparked the 1992 LA riots, and “Do Not Split,” the story of the 2019 Hong Kong protests. . Live-action films include â€œFeeling Through,â€ about a teenager’s connection to a deafblind man, and â€œWhite Eye,â€ which follows a man as he tries to retrieve his stolen bicycle. Nominated in the animation category is Disney-Pixar’s â€œBurrowâ€, about a young rabbit’s desire to build the burrow of his dreams. The films are available from April 2 in various Chicago and suburban theaters and on their virtual platforms. The 93rd The Oscars take place on April 25. For more information, visit tickets.oscar-shorts.com.

The Chicago Children’s Theater and the Chicago Symphony Orchestra’s Negaunee Music Institute collaborated on “Maybe something beautiful” a new virtual short film for children and families. Inspired by the award-winning book by F. Isabel Campoy and Theresa Howell, illustrated by Rafael LÃ³pez, the film brings together five CSO musicians performing classic works by Latino composers, bilingual English-Spanish narration and colorful puppets to tell a true story about the how art can transform a neighborhood into a world of hope and beauty. The free movie debuts at 10 a.m. on April 1 at an event co-hosted by CCT and CSO and available on demand thereafter. Visit chicagochildrenstheatre.org or cso.org/tv.

In the filmed setting of the Chicago Shakespeare Theater by Tim Crouch “Me, Cinna (the poet)”, the apolitical poet Cinna from “Julius Caesar” seeks the subject of his new poem in this exploration of words and actions, protests and power. Broadcasts from April 5 to May 2. Tickets: $ 25. Visit chicago.shakes.com. â€¦ The Remy Bumppo Theater presents “Artist descending a staircase”, a first radio play by Tom Stoppard in which two elderly artists examine their emotional and artistic histories. Free broadcast from April 5 to 18. Visit remybumppo.org. â€¦ Ghostlight Ensemble’s launches its new reading series â€œFor Your (Re) Considerationâ€ with Margaret Cavendish’s “The convent of pleasure”, a play about a group of single women who create their own perfect, self-sustaining society. Broadcast live at 2 p.m. on April 4 and on demand until April 30. Tickets: $ 5 or pay what you can. Visit ghostlightensemble.com/for-your-consideration.