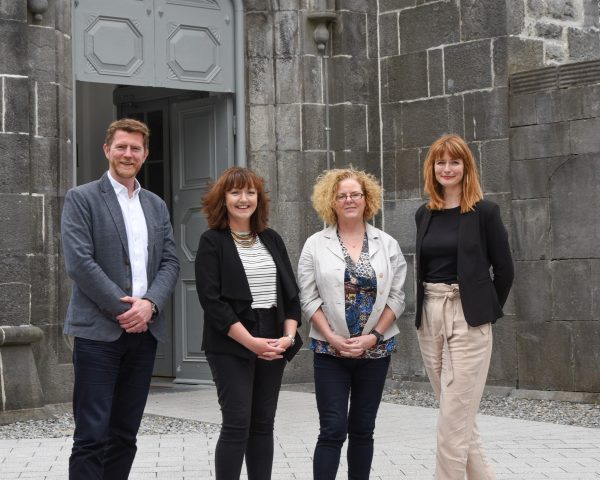 The design team behind the world-famous Belfast Titanic project have teamed up with the Medieval Mile Museum in Kilkenny for a new historic exhibition.

The exhibition, titled 3 lives 3 deaths, one life not lived, will feature the three bodies found during excavations of the museum in 2016.

The project is now at an advanced stage following the appointment of exhibition design and installation experts Tandem Design, the company behind the Titanic Belfast and the 1916 Centenary Exhibition at the National Museum of Ireland.

The director of the Medieval Mile Kilkenny Museum said Tandem “is working closely with the museum team to deliver a poignant exhibit that will provide a captivating glimpse into the poor and middle classes of medieval Kilkenny.”

She added: â€œThe bodies uncovered during the digs three summers ago have truly captured the imaginations of the people of Kilkenny and, indeed, members of the public much further afield. We were inundated with questions about who these people were and what their lives were like.

“Archaeological and forensic analyzes tell us that the remains are those of a woman in her forties, a teenage girl, a 12-year-old child and a baby who lived in the city 400 to 600 years. 3 lives, 3 deaths, an unlived life is the poignant title that we have chosen for this new exhibition which will tell the fascinating story of what the daily life of these women and children has been like; who they were and how they worked and lived.

The company also has a connection with Kilkenny. Sheila Dooley, Tandem’s interpretive planner for the 3lives exhibit, is from Freshford.

Ms. Dooley said, â€œIn everything we do, the visitor experience is central. As a native of Kilkenny, I am delighted to be working with Grace and the museum team on this exhibit, creating a warm and inspiring story for visitors that truly resonates. Our goal is to truly connect the visitor with the life of these medieval peoples.