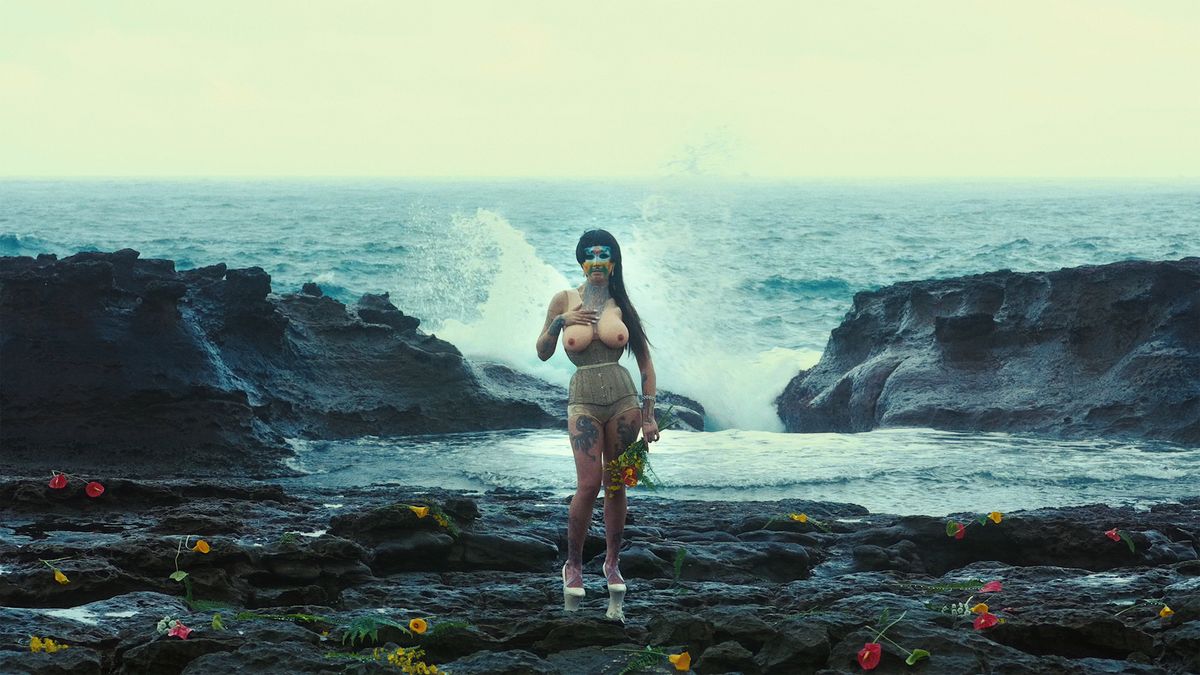 Get our daily roundup of inspiration, escape and design stories from around the world straight to your inbox

Thank you for subscribing to . You will receive a verification email shortly.

There was a problem. Please refresh the page and try again.

The 2022 Turner Prize exhibition is now open at Tate Liverpool, and the winner will be announced at St George’s Hall on December 7, 2022. Spread across seven rooms on the gallery’s top floor, immersive investigations into race, gender and motherhood of the four award nominees: Heather Phillipson, Ingrid Pollard, Veronica Ryan and Sin Wai Kin.

Who is your winner?

In a new iteration of his Tate Britain show earlier this year, ‘Breaking No 6: biting the torch fishing’, Heather Phillipson’s 2022 Turner Prize installation includes a staggering display of sound and sculpture. At the entrance to the gallery space, we are flanked by screens featuring colorful close-ups of familiar natural forms. Phillipson’s work comments on our impact on nature and uses materials used to create fictional insects and a corrugated iron shack, formulating a post-apocalyptic sculptural landscape of intrusive sounds and searing skies. Headphones hang from the ceiling and relay excerpts from radio stations and TV shows talking about environmental disasters.

Veronica Ryan’s Hall of Hanging Relics is a passage to relative calm after Phillipson’s vibrant chaos. Her naturally dyed crochet bags (which Ryan seems to make prolifically, as we see in her intro video), hang in orange, yellow, pink, and black from ties in the ceiling and walls. Ryan filled them with dried avocado pits, seeds, and pieces of wax and plaster. Some of the crochet containers, Tate Liverpool senior curator Sarah James divulges, ‘contain casts of the artist’s nipples’, providing powerful imagery of femininity in a show that references childhood memories and motherhood .

A coalescence of gender-dysmorphic experiences contemporary and forcefully speaking to a seminal cultural moment, Sin Wai Kin’s 23-minute video A dream of fullness in parts, 2021, depicts a series of surreal landscapes. The video takes us through crashing waves in a distant background to warmly lit rooms and striking depictions of femininity. It is overlaid with a monologue and is inspired by speculative fiction: a banyan tree speaks to the protagonist in poetic dialogue that runs through detailed shots of a body adorned with jewels and paint, and a bowl of noodles speaks to us through jerks in its pixelation. Kin’s show offers insight into gender dysmorphism through sci-fi and drag, using a group of fictional boys to represent “one body’s multiplicity,” as they put it.

Pollard lines the spaces containing his works at the Tate Liverpool with a strong air of discomfort. In the back room, there are three contraptions, swinging and shaking to throw shouts in the air in Bow down and very low-123, 2021. The sculptures are surrounded by prints representing a young girl, bowing in the printed pendant of the work. There is a climate of expectation in Refuse: Imagine: Attack: Silence, 1991/2019, and a struggle to respond to it. There is a rebellion in his plays, and a separation from British culture, and the sense of race signifies within it, explored through the emblem of the ‘Black Boy’ through the show.

Krasl Art Center announces the transition of the management team

Under new management – Apalachicola The Times