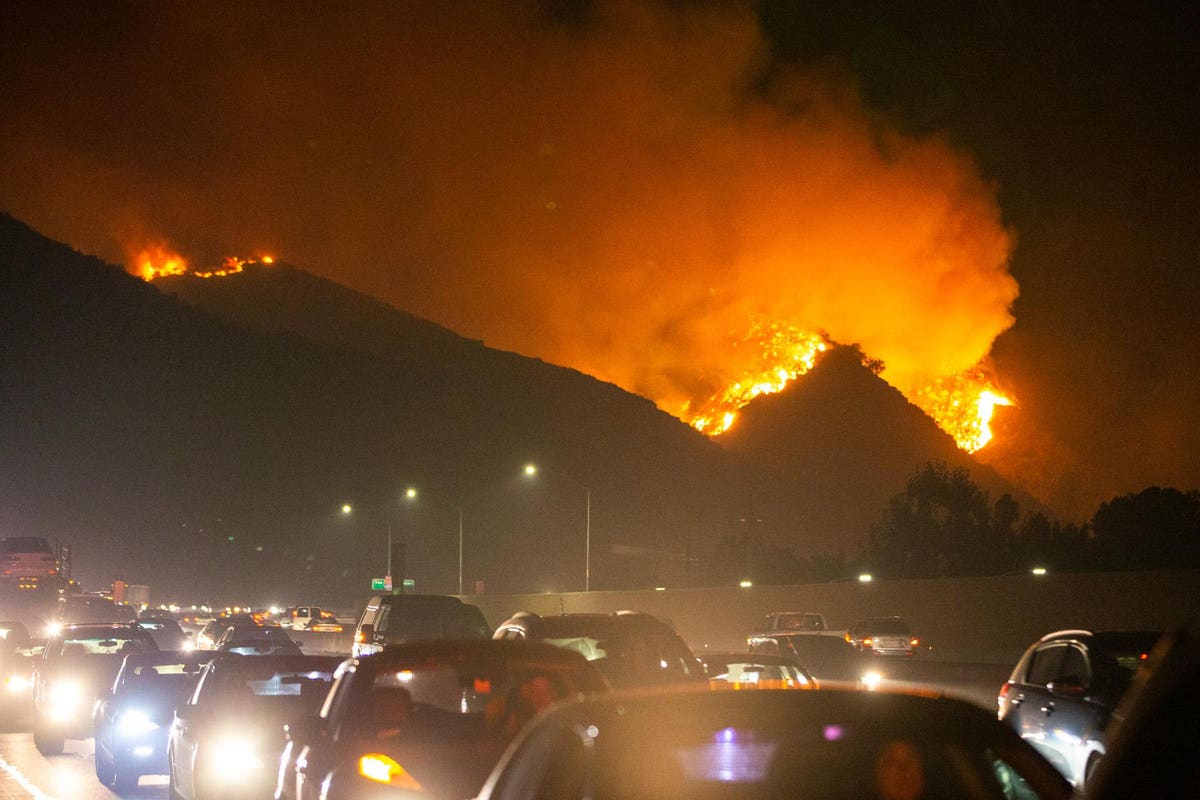 The Getty Fire in Los Angeles, Calif. (Which ignited near power lines) erupted shortly after 1:00 a.m. yesterday near the 405 freeway. It has burned over 600 acres and is only contained ‘at 5 percent at the time of writing. And, with a major wind event expected to happen later in the evening that could make the wildfire worse, firefighters are working to bring the current blaze under control. Despite these concerns, the priceless artwork and artifacts inside the Getty Center will remain there. This is because the museum was designed with forest fires in mind.

The exterior of the Getty Center is made of flammable travertine stone, while the roof is covered with crushed stone that prevents embers from igniting and the interior walls are concrete. The museum is also highly compartmentalized so that each area of â€‹â€‹the museum has its own state-of-the-art air system that hermetically seals the galleries and prevents smoke from interacting with the art. The internal installation also includes sprinklers. But, since water can also damage artwork, activating the sprinklers is considered a last resort.

The landscaping around the museum is also intended to ward off fires. The shrubs are made of fire-resistant acacia species, while the combustibles that fall to the ground are regularly removed and the oaks are constantly pruned. Amidst the greenery are several sprinklers that are connected (by a network of pipes) to a million gallon tank filled with water. If a fire is detected, the sprinklers will activate to prevent it from reaching the building. Additionally, Getty Center staff join the local fire department in trainings and regularly test the building’s emergency response system.

While the Getty Center is an incredible model of wildfire resistance, these kinds of modifications (originally done by Richard Meier & Partners Architects) cost $ 700 million plus a well-trained staff. This high bill is not an option for most Californians, who should instead look to the recommendations of the National Fire Protection Association for fortifying their homes against future wildfires.